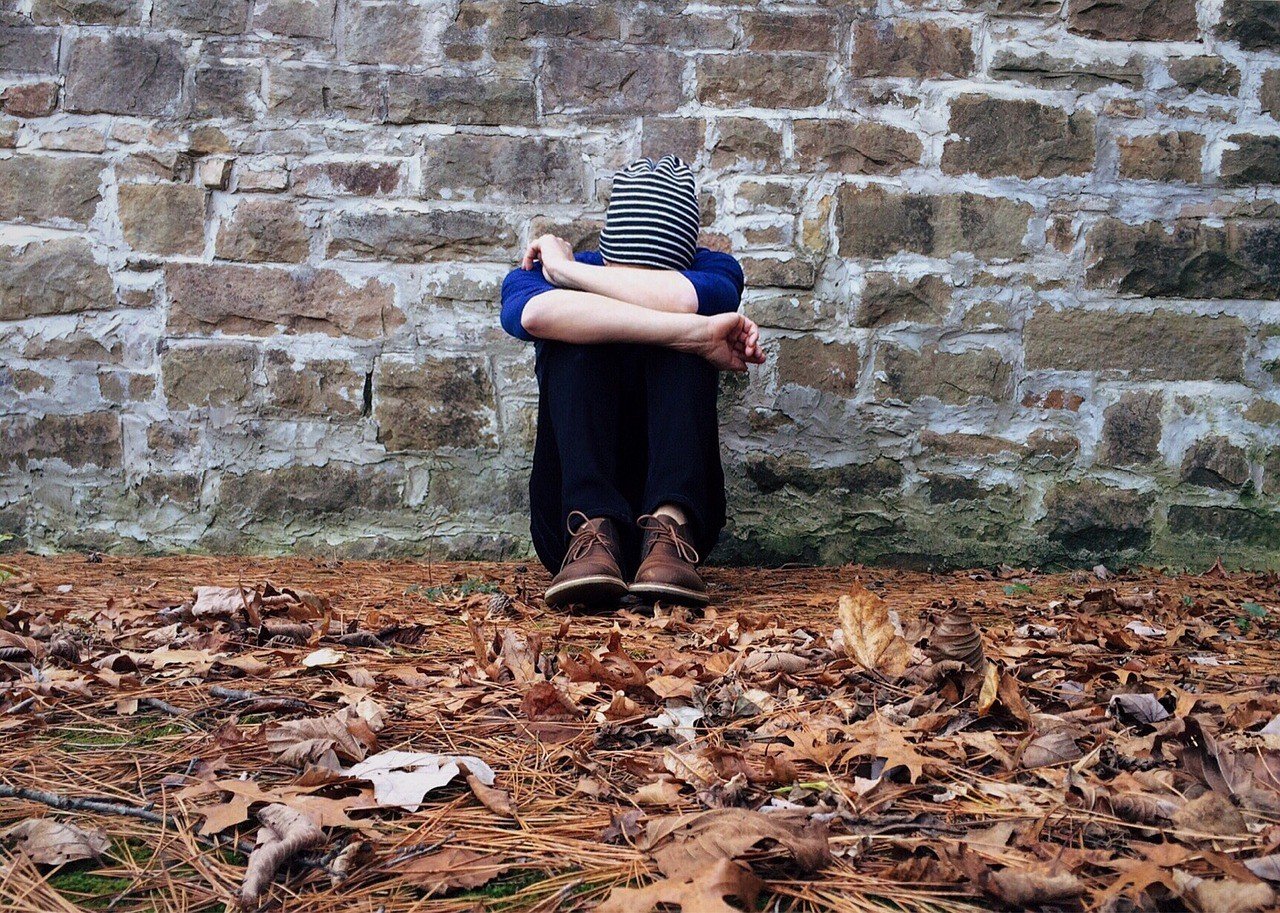 The Philistines Capture the Ark

4 And the word of Samuel came to all Israel.

As soon as the ark of the covenant of the LORD came into the camp, all Israel gave a mighty shout, so that the earth resounded. And when the Philistines heard the noise of the shouting, they said, “What does this great shouting in the camp of the Hebrews mean?” And when they learned that the ark of the LORD had come to the camp, the Philistines were afraid, for they said, “A god has come into the camp.” And they said, “Woe to us! For nothing like this has happened before. Woe to us! Who can deliver us from the power of these mighty gods? These are the gods who struck the Egyptians with every sort of plague in the wilderness. Take courage, and be men, O Philistines, lest you become slaves to the Hebrews as they have been to you; be men and fight.”

So the Philistines fought, and Israel was defeated, and they fled, every man to his home. And there was a very great slaughter, for thirty thousand foot soldiers of Israel fell. And the ark of God was captured, and the two sons of Eli, Hophni and Phinehas, died.

The Death of Eli

A man of Benjamin ran from the battle line and came to Shiloh the same day, with his clothes torn and with dirt on his head. When he arrived, Eli was sitting on his seat by the road watching, for his heart trembled for the ark of God. And when the man came into the city and told the news, all the city cried out. When Eli heard the sound of the outcry, he said, “What is this uproar?” Then the man hurried and came and told Eli. Now Eli was ninety-eight years old and his eyes were set so that he could not see. And the man said to Eli, “I am he who has come from the battle; I fled from the battle today.” And he said, “How did it go, my son?” He who brought the news answered and said, “Israel has fled before the Philistines, and there has also been a great defeat among the people. Your two sons also, Hophni and Phinehas, are dead, and the ark of God has been captured.” As soon as he mentioned the ark of God, Eli fell over backward from his seat by the side of the gate, and his neck was broken and he died, for the man was old and heavy. He had judged Israel forty years.

Now his daughter-in-law, the wife of Phinehas, was pregnant, about to give birth. And when she heard the news that the ark of God was captured, and that her father-in-law and her husband were dead, she bowed and gave birth, for her pains came upon her. And about the time of her death the women attending her said to her, “Do not be afraid, for you have borne a son.” But she did not answer or pay attention. And she named the child Ichabod, saying, “The glory has departed from Israel!” because the ark of God had been captured and because of her father-in-law and her husband. And she said, “The glory has departed from Israel, for the ark of God has been captured.”

One statement, that’s all there is. Chapter 4 opens, “Thus the word of Samuel came to all Israel.” We read nothing more of Samuel within this chapter. Is it because it’s stating the war with the Philistines and the defeat of the Israelites? Is it because it speaks to the fulfillment of God’s word of wiping Eli’s two sons off the face of the earth? Is it because it’s the end of Eli and his line?

Oh, I think there’s more than just these things.

The passing of the torch to Samuel in leadership would mark a large transition in the history of Israel. The era of the Judges would come to a close and the establishment of the monarchy would take place. Samuel would be used by God as he brought a great revival among the people for the following century. Sometimes though for revival to come, exposure to the depth of sin and darkness must be revealed.

The brutality of this chapter shows several things. The Israelites went to war with the Philistines. They took matters into their own hands, deciding they were done with the oppression. God was not consulted in the matter. Eli’s wicked sons have been acting within their carnal nature. Not only are these high priests sleeping around, but they also disregard God’s Law and respect regarding the actual Ark of the Covenant. It’s been moved. Then, as it was usually taken into battles it was overlooked and not there. The priests should have been at the battlefront. They were back soaking up their own lives.

When it was finally brought to the war, it’s looked upon as a lucky charm for the Israelites. Zero discernment, zero wisdom or godly insight is even possible from these priests. By the end of this second battle, 34,000 Israelites have been killed. The precious Ark of the Covenant is captured. Eli’s sons are killed. Eli himself dies.

Opening verse, “The word of Samuel came to all Israel” – but his word was not sought or given. Why?

Well, why do we not seek God on matters when we would rather do what we want to do? Why do we not seek spiritual counsel from someone when we believe our way is best? We know the answers. Samuel’s voice is missing because the Israelite’s thought they could handle the situation. The presence of God was an afterthought. They did not want to hear anything contrary to their mindset. Defeat would press upon every Israelite.

It sounds a lot like us sometimes. We think we can handle a situation and find ourselves worse off than when we started. We don’t engage God’s will in matters and He’s only an afterthought when something goes horribly wrong. He was the missing puzzle piece. The Israelite’s paid dearly for this and so do we.

Israel goes to war with the Philistines.

“Never did time seem more hopeless than when Samuel arose. The Philistines, strengthened not merely by a constant influx of immigrants, but by the importation of arms from Greece, were fast reducing Israel to the condition of a subject race.” -R. Payne Smith

The end result of this war is the destruction of Israel. Approximately 4,000 men were killed. It is easy to identify the critical mistake. Israel decided to take the ark into battle. They made the decision by assumption.

1 Samuel 4:3 HCSB  When the troops returned to the camp, the elders of Israel asked, “Why did the LORD let us be defeated today by the Philistines? Let’s bring the ark of the LORD’s covenant from Shiloh. Then it will go with us and save us from the hand of our enemies.”

Their choice is honorable, but in digging deeper we find that they didn’t consult God at all before this decision. Some would ask, what does it mean to ‘consult with God’? In my experience, hearing from God is not a one-time event. When the battles of life rage, God often allows them to shake us from complacency and experience His presence in a new way. In the midst of our struggle, we turn to Him to ask where He’s been only to realize He never left.

Here’s the kicker. The problem for Israel didn’t start when they took the ark into battle. It started long before when they strayed from the presence of God the Father. Spiritually, the nation has been led by people like Eli’s sons (in 1 Samuel 2) who lacked a personal, intimate knowledge of God. They were the teachers of the law and were in charge of officiating His sacrifices, and they didn’t truly know God. They were just going through the motions.

1 Samuel 4 opens with the same attitude. Samuel had been led by the Lord to be His mouthpiece, but nowhere does it indicate that he endorsed this battle. In fact, the Septuagint makes it clear that the battle was initiated by the Philistines.

So, they go into battle without a true and intimate knowledge of God and they lose. We’ve all been there. We’ve all had battles in life that devastate us. Time stands still. We, like the elders, begin to wonder, “Why did the Lord let me be defeated today?” Have you been there? Are you there now?

After this massacre, the people go back to what they’ve known. They are ritualistic, religious people. They have no relationship. So logically speaking, they believe that tradition will save them. The ark had saved them before, and it contained the presence of Almighty God. Moses told the priests to lead the ark into battle when Israel faced off against the Midianites. So naturally, their equation goes like this…

1 Samuel 4:22 HCSB  “The glory has departed from Israel,” she said, “because the ark of God has been captured.”

Is that true? It is really true that when religion fails, God must have left us?

I don’t see it that way.

I think the ark was captured because the glory of God had already left.

This is why this verse is so sad. The glory of God departed without them noticing! How many people today are operating in this same state? How many today are checking off all of God’s religious boxes without ever experiencing the glory of an intimate and personal relationship?

The most shocking aspect to consider is that even when we replace Him with some ritual or tradition, His grace still permeates the hardness of our hearts. He is still there calling us back and reminding us of His faithfulness. Like the father searching for his long lost son on the horizon, He waits at the fence post. God does not leave us in a state of failure. His love never fails.