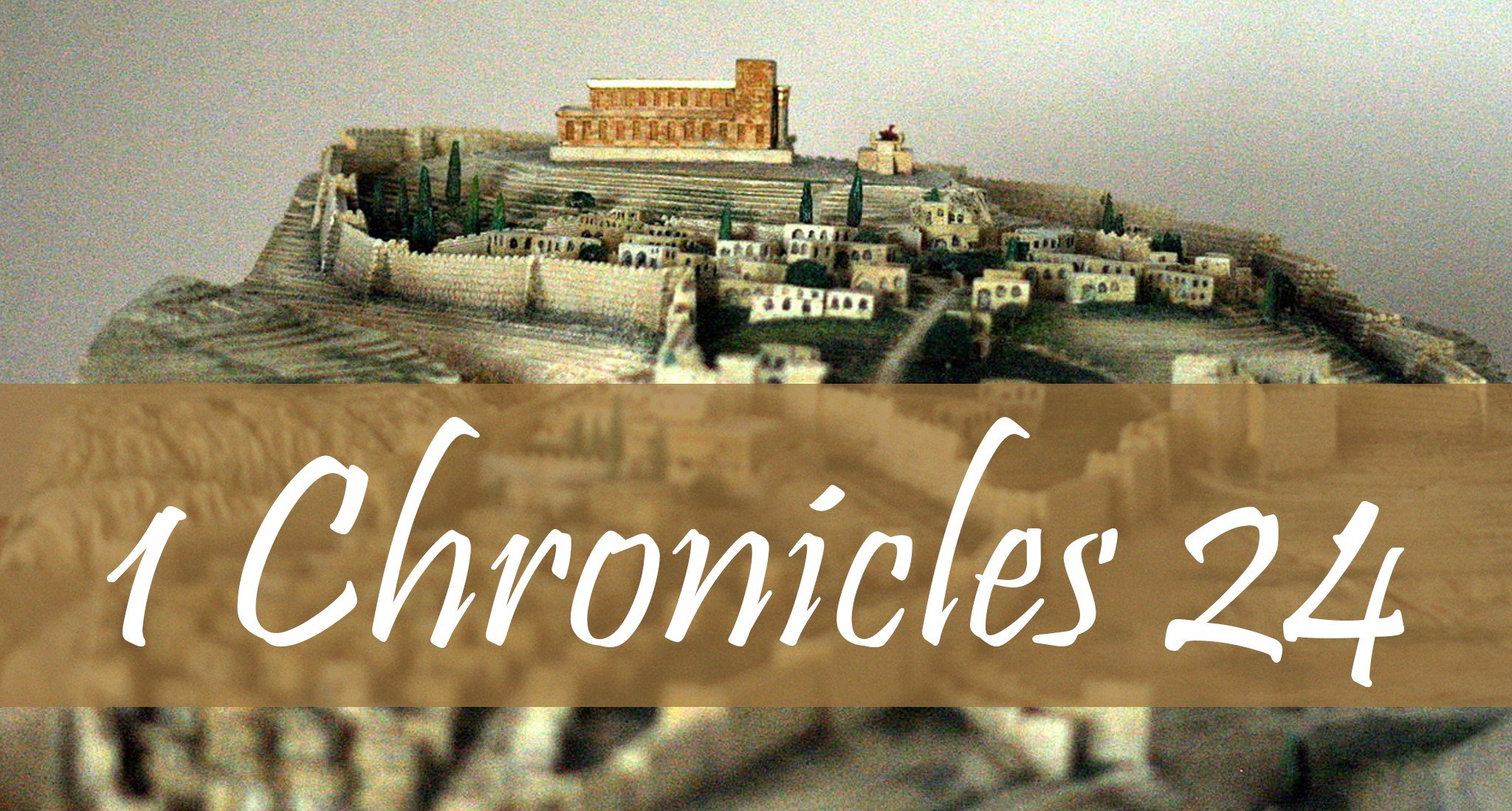 The first lot fell to Jehoiarib, the second to Jedaiah, the third to Harim, the fourth to Seorim, the fifth to Malchijah, the sixth to Mijamin, the seventh to Hakkoz, the eighth to Abijah, the ninth to Jeshua, the tenth to Shecaniah, the eleventh to Eliashib, the twelfth to Jakim, the thirteenth to Huppah, the fourteenth to Jeshebeab, the fifteenth to Bilgah, the sixteenth to Immer, the seventeenth to Hezir, the eighteenth to Happizzez, the nineteenth to Pethahiah, the twentieth to Jehezkel, the twenty-first to Jachin, the twenty-second to Gamul, the twenty-third to Delaiah, the twenty-fourth to Maaziah. These had as their appointed duty in their service to come into the house of the LORD according to the procedure established for them by Aaron their father, as the LORD God of Israel had commanded him.

I know of several men who when they took an associate position they were met with regulations about their roles in the worship services.  One found himself at a fairly large church where his roles in the service were timed.  This included announcements and reading the Word.  Everything scripted, a large countdown clock was in the back showing him how much time he had.  Adding to this when he was given the opportunity to preach, there were certain words he couldn’t use and things he had to stay clear of due to controversy and possibly would alienate or offend attendees. Everything for the lead pastor, who reckoned himself to a CEO, was dictated.

The second man went to an insanely big church with multiple campuses.  He too had some of the same regulations.  What was always strange to me was his pastor was untouchable or unreachable.  The young man had to schedule sometimes a meeting out weeks in advance.  The entire staff, which numbered in the hundreds, could never dream of walking into the office of the Lead Pastor for advice or help.  Literally, the only time he got time with the pastor was after he was given the opportunity to preach.  The day after the sermon he went into the pastor’s office and they listened to his sermon then the pastor critiqued it.

On some levels, I get the aspect of timing when services are multiple and back to back. Obviously, things need to be tightened up I suppose for those mornings to run smoothly. The second church runs 7 services a weekend. But what about the freedom of the Spirit? What about when Jesus shows up and leads the preacher toward something off script?  Sadly in at least one of these examples, I know it is not allowed to happen.

I thought of these stories and churches with the organization found here in the division of the priests. The service itself was highly structured as we have read so far, but this didn’t hinder the movement of God’s Spirit.  Instead, it gave an orderly context.

As Paul was writing to the church in Corinth and giving instruction he penned, “All things must be done properly and in an orderly manner.”  To me, this is a fine line.  We can structure things so orderly and timed we don’t even allow the Spirit to feel welcomed.  The flip side is we can be loose with what we’re doing in the service that all structure is neglected and it becomes almost like a free for all.

Planning and structure should certainly be part of our worship services.  But these should not hinder the spontaneity of our worship when Jesus shows up and wants to move.  In the end, I am reminded that our worship services should be all about Him.  Sadly I think too often they are not.  They become so tightly orchestrated there’s no room for His Spirit to move freely.

There is a fine line between structure and freedom in the Spirit. This chapter speaks to the structured process of the priesthood while attempting to preserve true worship and the influence of the Holy Spirit.

Today, there is no physical temple but rather the temple of the Holy Spirit living in each one of us.

Do you not know that you are God’s temple and that God’s Spirit dwells in you? 17 If anyone destroys God’s temple, God will destroy him. For God’s temple is holy, and you are that temple.

In light of this verse, I believe there is crossover between the characteristics of the physical temple and our bodies as the temple of the Holy Spirit.