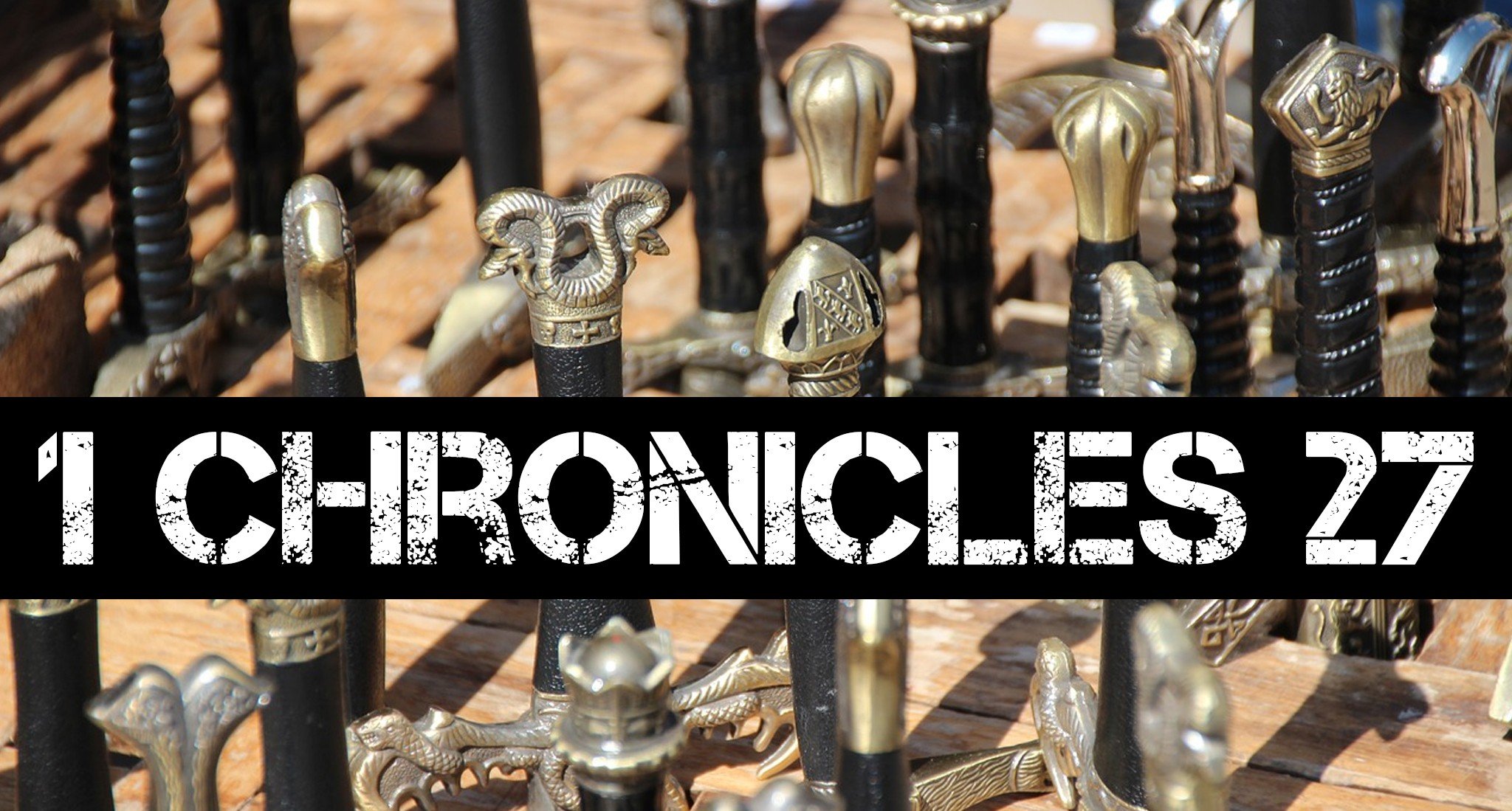 27 This is the number of the people of Israel, the heads of fathers’ houses, the commanders of thousands and hundreds, and their officers who served the king in all matters concerning the divisions that came and went, month after month throughout the year, each division numbering 24,000:

As Colonial Mustard so brilliantly stated in the movie Clue, “This is War Peacock!” there is such truth to this one of many quotable lines from the hilarious film.

While living in Cyprus back in the 80’s and 90’s military conscription was required.  This was a new thought to me for we as a nation have been fortunate enough to not have compulsory enlistment for decades now.  But there upon graduation from high school, males were required to enlist in active military duty.  As of today, they are required to serve 14 months.  Once you have gotten out, you then become a reservist.  Several times a year for 1-2 days all males are required to go back to the army until the age of 55.  Most nations hold similar laws.  If you were a Cypriot male today you would return to active duty several times a year.

Chapter 27 lists the various army divisions of Israelite’s under David. The army during his time was required for the unsettled aspect of the land and in order to keep peace and be ready for the wars that at times seemingly were at every turn.  According to the Torah, males were required to serve in the armed forces by the age of 20 and sometimes were in the army until the age of 60.

As I read today’s passage I thought about our own spiritual military conscription.  You see, for those who are Believer’s in Jesus Christ we have stepped from the bondage of darkness and into the Light of Jesus.  We are no longer on the enemies side, but serve the Commander in Chief Jesus Christ.  That said, a holy war has been going on since the beginning of time.  Our movement from the enemy to Jesus has put a target on each and every one of us. The enemy is out to kill and destroy.  He does whatever he can to bring down the people of Jesus.  We are fighting an unseen war daily.

How seriously do you take this?  How mindful are you of such truth?

Paul’s admonition and the reminder today is we are at war.  We must be battle ready to withstand the enemy’s attacks.  There is not a day goes by I do not pray the spiritual armor to be placed upon me.  You must do so as well.  This act of engagement and being prepared for the battles you face will help you do what Paul writes in the very next verse – to stand firm.

Listed among the commanders of war was a very intriguing man by the name of Benaiah.

This Benaiah was the mighty man of the thirty, and had charge of thirty; and over his division was Ammizabad his son.

When David was fleeing from Saul and living in Philistia, he attracted warriors from the area. We know that those men were placed under the authority of Benaiah. We also know that Benaiah was considered one of the mighty men but he had a much greater role.

He led an elite group of mercenaries who provided special detail for David including serving as his personal bodyguard. It was not uncommon for David to send these men on special missions. The group was similar to the U.S. Navy’s SEAL Team 6. Today, this prominent group’s role includes hostage rescue, special reconnaissance, personal security, and other specialized missions.

It seems whenever we read a story about Benaiah, he’s doing something incredible. In 2 Samuel 23, he is noted for killing 2 sons of Ariel in Moab. On the surface, this may seem like just two guys who decided to pick a fight. However, no one knows who Ariel is. The OT word ‘Ariel’ is very similar to lion. Some scholars believe these were ferocious, lion-hearted warriors. Benaiah took out not just one of them, but both. And oh, by the way, in the very next verse it says he also killed an ACTUAL lion in a pit on a snowy day. Yes, it really says that.

Then Benaiah the son of Jehoiada, the son of a valiant man of Kabzeel, who had done mighty deeds, killed the two sons of Ariel of Moab. He also went down and killed a lion in the middle of a pit on a snowy day.

In addition, Benaiah took down a 7-foot Egyptian with his own spear, and also defended Solomon’s right to being king by killing off all the men who opposed him, including David’s former military commander, Joab!

The point is, Benaiah was a man of courage and integrity. He stood up for what was right. He used his skill to the best of his ability in order to support the men whom the Lord had chosen.