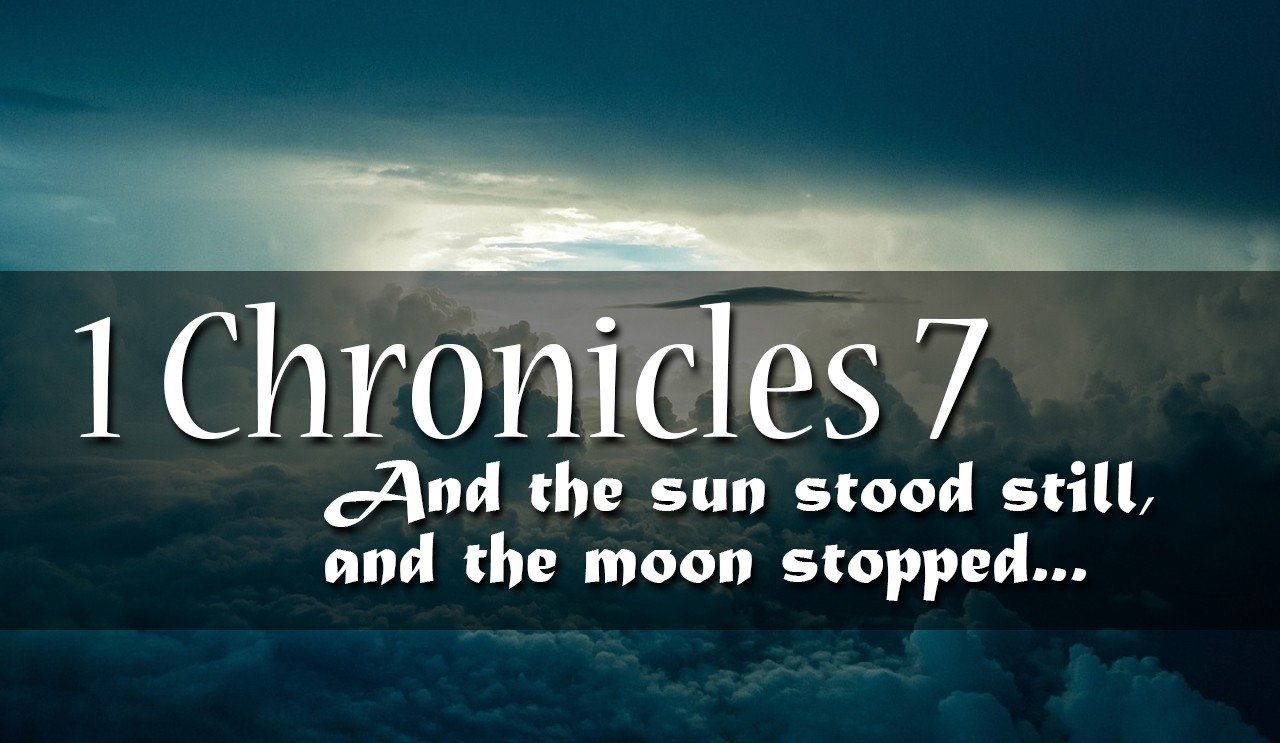 7 The sons of Issachar: Tola, Puah, Jashub, and Shimron, four. The sons of Tola: Uzzi, Rephaiah, Jeriel, Jahmai, Ibsam, and Shemuel, heads of their fathers’ houses, namely of Tola, mighty warriors of their generations, their number in the days of David being 22,600. The son of Uzzi: Izrahiah. And the sons of Izrahiah: Michael, Obadiah, Joel, and Isshiah, all five of them were chief men. And along with them, by their generations, according to their fathers’ houses, were units of the army for war, 36,000, for they had many wives and sons. Their kinsmen belonging to all the clans of Issachar were in all 87,000 mighty warriors, enrolled by genealogy.

The sons of Naphtali: Jahziel, Guni, Jezer and Shallum, the descendants of Bilhah.

The sons of Manasseh: Asriel, whom his Aramean concubine bore; she bore Machir the father of Gilead. And Machir took a wife for Huppim and for Shuppim. The name of his sister was Maacah. And the name of the second was Zelophehad, and Zelophehad had daughters. And Maacah the wife of Machir bore a son, and she called his name Peresh; and the name of his brother was Sheresh; and his sons were Ulam and Rakem. The son of Ulam: Bedan. These were the sons of Gilead the son of Machir, son of Manasseh. And his sister Hammolecheth bore Ishhod, Abiezer, and Mahlah. The sons of Shemida were Ahian, Shechem, Likhi, and Aniam.

There is an unseen war of which we wage and battle every single day.

Chapter 7 records interesting statements throughout:   “… they had 36,000 men ready for battle”, “they had fighting men”, “…there were fighting men ready to go out to war”.  Through this genealogical record eventually, Joshua is mentioned who was one of Israel’s fiercest leaders and commanders.

It would take physical wars for Israel to take their land.  It would take people committed to the task of where God was calling knowing full well a battle would be required.  These tribes were ready.

The question is, are we?

I’m not speaking of physical hand to hand combat but the war that faces the children of God every single day from the dark forces and principalities against them.  If God is calling us to take the land, extend our territory, to run in and rescue the afflicted and oppressed, this will not be obtained through simply willing it to happen.  It takes boots on the ground, people who are committed to the task and willing to battle for their children, their friends, the future of what God has revealed.

As we gaze upon the fields God has called us do we have warriors alongside in the battle?  Or are there many who sit back at the base camp waiting for others to do it?  Are there more in the Medic Tent than standing arm in arm ready?

And what of ourselves?  Where are we?  Do we stand with others in force for the battle or are we lounging back at the base believing someone else will do what is needed?  Have we been dallying at the instead of being battle ready with our feet firmly planted, holding the ground gained so far?

The text states the men were ready for battle.  This meant they would have trained for this.  They were driven toward victory.  It was more than a mindset, it was truly a way of life for these warriors.

Victory will not come without the battle.  Whatever you are facing, what circumstance your friends and loved ones are suffering through, God needs you to be ready for battle and to fight for the land of which He’s called them and you.

Get off the bench.  Walk out of the hospital tent where you’ve nursed your wounds.  Armor up and stand firm to the battle God has called you to.

God has used women to build, lead and change the world from the beginning of time. Here in 1 Chronicles 7, we get a glimpse of a woman who completed a remarkable feat. During a time when women were looked upon as second-class, Sheerah took it upon herself to construct 3 cities!

His daughter was Sheerah, who built both Lower and Upper Beth-horon, and Uzzen-sheerah.

She was the daughter of Ephraim who was the son of Joseph. We don’t know a whole lot about her, but Scripture tells us that she built cities. Whether that means she actually did the work, or she mostly managed the project, we do not know. However, Sheerah thrived during an incredibly challenging time in an industry that was predominantly centered around men.

We read later in the Word that it would be in between two of her cities, Lower and Upper Beth-horon that Joshua requested for the sun to stand still.

And as they fled before Israel, while they were going down the ascent of Beth-horon, the LORD threw down large stones from heaven on them as far as Azekah, and they died. There were more who died because of the hailstones than the sons of Israel killed with the sword. 12 At that time Joshua spoke to the LORD in the day when the LORD gave the Amorites over to the sons of Israel, and he said in the sight of Israel, “Sun, stand still at Gibeon, and moon, in the Valley of Aijalon.”

In 1 Kings 9, Solomon fortified her cities. They endured for almost 1,000 years after they were built. The point is, Sheerah did not let the hardship of being a woman (at that time) affect the calling God had on her life. She followed through with obedience and created several important cities that God protected for years to come. Although she is only mentioned in one verse here in Chronicles, the legacy of her faithful work went far beyond her lifetime.