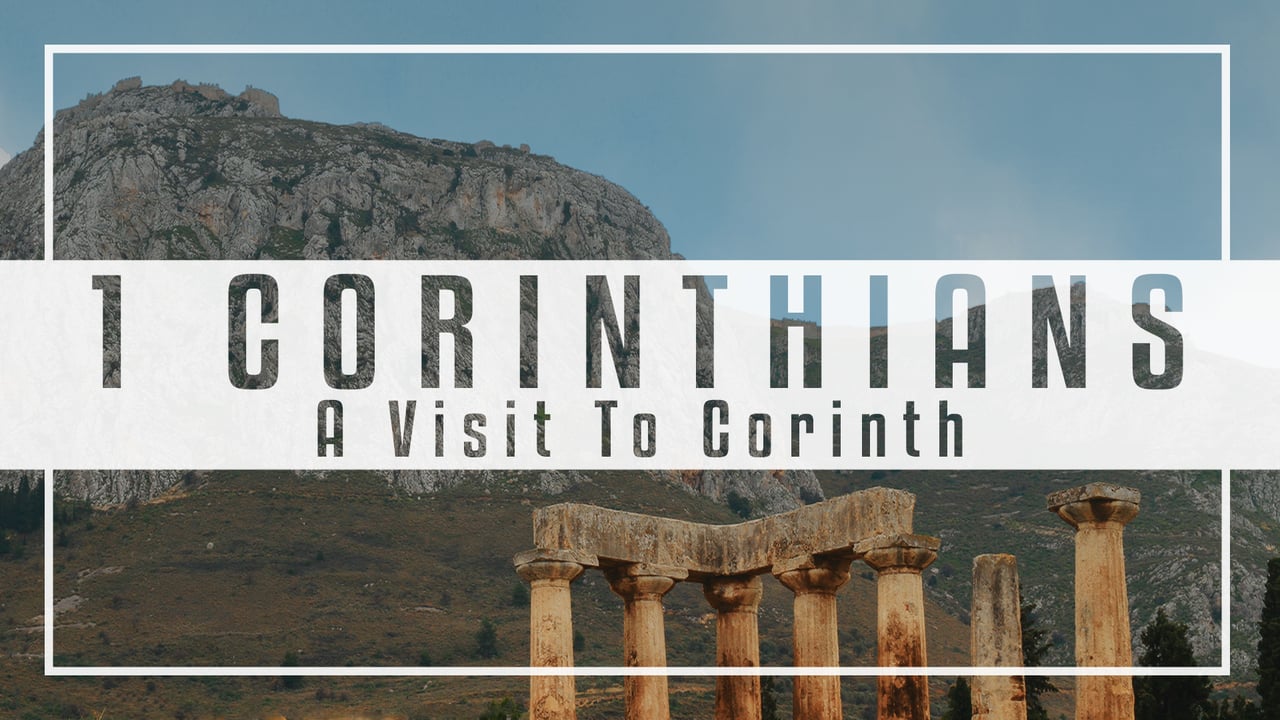 1 Paul, called by the will of God to be an apostle of Christ Jesus, and our brother Sosthenes,

To the church of God that is in Corinth, to those sanctified in Christ Jesus, called to be saints together with all those who in every place call upon the name of our Lord Jesus Christ, both their Lord and ours:

Grace to you and peace from God our Father and the Lord Jesus Christ.

I give thanks to my God always for you because of the grace of God that was given you in Christ Jesus, that in every way you were enriched in him in all speech and all knowledge—even as the testimony about Christ was confirmed among you—so that you are not lacking in any gift, as you wait for the revealing of our Lord Jesus Christ, who will sustain you to the end, guiltless in the day of our Lord Jesus Christ. God is faithful, by whom you were called into the fellowship of his Son, Jesus Christ our Lord.

Divisions in the Church

I appeal to you, brothers, by the name of our Lord Jesus Christ, that all of you agree, and that there be no divisions among you, but that you be united in the same mind and the same judgment. For it has been reported to me by Chloe’s people that there is quarreling among you, my brothers. What I mean is that each one of you says, “I follow Paul,” or “I follow Apollos,” or “I follow Cephas,” or “I follow Christ.” Is Christ divided? Was Paul crucified for you? Or were you baptized in the name of Paul? I thank God that I baptized none of you except Crispus and Gaius, so that no one may say that you were baptized in my name. (I did baptize also the household of Stephanas. Beyond that, I do not know whether I baptized anyone else.) For Christ did not send me to baptize but to preach the gospel, and not with words of eloquent wisdom, lest the cross of Christ be emptied of its power.

Christ the Wisdom and Power of God

For the word of the cross is folly to those who are perishing, but to us who are being saved it is the power of God. For it is written,

“I will destroy the wisdom of the wise,
and the discernment of the discerning I will thwart.”

Where is the one who is wise? Where is the scribe? Where is the debater of this age? Has not God made foolish the wisdom of the world? For since, in the wisdom of God, the world did not know God through wisdom, it pleased God through the folly of what we preach to save those who believe. For Jews demand signs and Greeks seek wisdom, but we preach Christ crucified, a stumbling block to Jews and folly to Gentiles, but to those who are called, both Jews and Greeks, Christ the power of God and the wisdom of God. For the foolishness of God is wiser than men, and the weakness of God is stronger than men.

For consider your calling, brothers: not many of you were wise according to worldly standards, not many were powerful, not many were of noble birth. But God chose what is foolish in the world to shame the wise; God chose what is weak in the world to shame the strong; God chose what is low and despised in the world, even things that are not, to bring to nothing things that are, so that no human being might boast in the presence of God. And because of him you are in Christ Jesus, who became to us wisdom from God, righteousness and sanctification and redemption, so that, as it is written, “Let the one who boasts, boast in the Lord.”

Corinth was a major cosmopolitan hub in Achaia.  A seaport and major trade center, it buzzed with people coming and going and life on the edge.  This Gentile city was comprised of idolatry and immorality – a place that needed Jesus the most.  God led Paul there during his second missionary journey and established a church staying 18 months.

Much later while in Ephesus he heard of the church’s struggles.  Their environment was pressing in on them and pressure mounted to adjust and adapt.  They knew they were free in Christ but to what extent?   The church was being undermined by immorality and spiritual immaturity.  They had become divided; there was sin in the church itself and the favoritism of leaders was creating major issues on top of all these other pressing issues.

It was the age-old dilemma of the internal war between human nature and the spiritual calling God has. It really is a letter that still speaks today to us as Believers as the current culture continues to progressively press into our own way of thinking and behaving.  His challenge to them to live for Christ in such a broken state of sin surrounding them stands the test of time.  And yes, we can make a difference in our culture by living lives for our King if we let Him rule our own hearts and ways, not allowing the culture to dictate.

“Consider your calling…”  – what a statement.

Paul makes the point that they had as do we, have a calling upon their/our lives.  We can either get weighed down in our own wants and desires or we can press on toward the higher calling He has intended for us.

All too often, we allow things of life, things of our culture even, dictate and sideline this divine appointment God has.  Way too many times we forget the fact each of us was saved by grace and are to live within that.  We are asked to forget everything behind and press on to the mission He’s given.  What’s interesting to me is this letter to the Corinthian church is bold.

Paul drew line after line in the sand to consider the sins they’d allowed to be part of their own lives as well as part of the church.  These things would need to be corrected for the empowerment of the Holy Spirit to use them. It’s one thing to be confronted with the truth.  It’s a whole other thing to change from the confrontation and be set free.  When the Spirit convicts our hearts and moves heavily upon us – what do we do?  Much is at stake in such times.  It’s imperative we consider our calling throughout the entire process.

Paul, called as an apostle of Jesus Christ by the will of God, and Sosthenes our brother…

In Acts 18 Sosthenes was the leader of the Jewish synagogue who was beaten by the Romans after Paul was cleared of any wrongdoing by Roman proconsul Gallio. Again, you can read the entire event in Acts 18, but it is interesting that Sosthenes may have been the second Jewish synagogue leader to convert to Christianity and, if it is the same man, would have served as Paul’s scribe here in his letter to the Corinthians.

In many ways, the church at Corinth was a struggling, defiled body. Sexual immorality, drunkenness, divisiveness, irreverence, marriage/divorce, and generally a permissible attitude with sin were just some of the many issues Paul addressed. There were also issues within the leadership with at least four different groups competing for authority…

For I have been informed concerning you, my brethren, by Chloe’s people, that there are quarrels among you.  12  Now I mean this, that each one of you is saying, “I am of Paul,” and “I of Apollos,” and “I of Cephas,” and “I of Christ.”

Though it doesn’t justify their behavior and attitude, Corinth was a filthy city, full of every vice known to mankind. To call someone a “Corinthian” was a well-known phrase at that time. The term painted a vivid picture of someone steeped in the highest level of sinful behavior. Interestingly, we get a brutal description of the city of Corinth in Paul’s letter to the Romans. He was in Corinth when he wrote it!

For the wrath of God is revealed from heaven against all ungodliness and unrighteousness of men who suppress the truth in unrighteousness,  19  because that which is known about God is evident within them; for God made it evident to them.  20  For since the creation of the world His invisible attributes, His eternal power and divine nature, have been clearly seen, being understood through what has been made, so that they are without excuse.

21  For even though they knew God, they did not honor Him as God or give thanks, but they became futile in their speculations, and their foolish heart was darkened.  22  Professing to be wise, they became fools,  23  and exchanged the glory of the incorruptible God for an image in the form of corruptible man and of birds and four-footed animals and crawling creatures.

24  Therefore God gave them over in the lusts of their hearts to impurity, so that their bodies would be dishonored among them.  25  For they exchanged the truth of God for a lie, and worshiped and served the creature rather than the Creator, who is blessed forever. Amen.

30  But it is from Him that you are in Christ Jesus, who became God-given wisdom for us—our righteousness, sanctification, and redemption,  31  in order that, as it is written: The one who boasts must boast in the Lord.