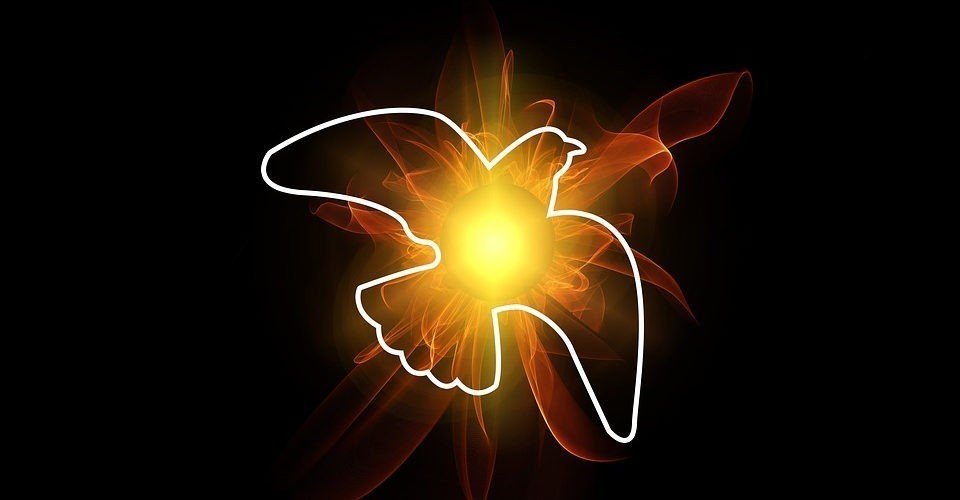 2 And I, when I came to you, brothers, did not come proclaiming to you the testimony of God with lofty speech or wisdom. For I decided to know nothing among you except Jesus Christ and him crucified. And I was with you in weakness and in fear and much trembling, and my speech and my message were not in plausible words of wisdom, but in demonstration of the Spirit and of power, so that your faith might not rest in the wisdom of men but in the power of God.

Wisdom from the Spirit

“What no eye has seen, nor ear heard,
nor the heart of man imagined,
what God has prepared for those who love him”—

these things God has revealed to us through the Spirit. For the Spirit searches everything, even the depths of God. For who knows a person’s thoughts except the spirit of that person, which is in him? So also no one comprehends the thoughts of God except the Spirit of God. Now we have received not the spirit of the world, but the Spirit who is from God, that we might understand the things freely given us by God. And we impart this in words not taught by human wisdom but taught by the Spirit, interpreting spiritual truths to those who are spiritual.

The natural person does not accept the things of the Spirit of God, for they are folly to him, and he is not able to understand them because they are spiritually discerned. The spiritual person judges all things, but is himself to be judged by no one. “For who has understood the mind of the Lord so as to instruct him?” But we have the mind of Christ.

When we think of Paul consider the fact he was a brilliant scholar and teacher.  He had been trained in the Scriptures, learned under Gamaliel and as we know, had pursued the church at the beginning to bring its destruction.  He could argue anyone under the table when it came to the Law of God.

After Jesus took hold of his life, He used these aspects of Paul to bring the message of Jesus, validating it through the Law and the Prophets, to prove He was the Messiah.  His letters are rich, and incredibly challenging when it comes to such deep thoughts and passages to back the Truth. And so what makes this portion of the letter to Corinth so interesting is he wrote:

“When I came to you, brethren, I did not come with superiority of speech or of wisdom, proclaiming to you the testimony of God…”

He had the speech, he knew the passages. Paul could have used intellectual arguments to prove his case of Jesus.  No, instead he relied on something far more powerful when it came to Him. He kept it simple.

“My message and my preaching were not in persuasive words of wisdom, but in demonstration of the Spirit and of power, so that your faith would not rest on the wisdom of men, but on the power of God.”

Paul did his part and allowed the Holy Spirit to do the rest.  He knew the power of the Holy Spirit was the One who could change the heart and mind of people, not the intellect.  This had been so evident in his trip to Athens.  He’s certainly not denying the importance of study and understanding but the reality is it must be combined with the reliance on the work of the Spirit in someone’s life to open hearts and minds. I think far too often we shortchange the Holy Spirit.

We interact and act as though all of this is dependent upon our doing, our words, making something happen.  As the Holy Spirit knows the heart of God, the very deepest areas of His will, He also knows the audience of whom we are speaking or interacting with. With the current relationships we hold, the very burdens we carry – how can this be an encouragement?  How can implement such a reliance upon the Spirit of God to lead us and strike us with the words to say, how much to verbalize and allow Him to take it from there?

Imagine what it would have been like to be Paul. After conversion, he compared his Gospel to the disciples in order to validate his beliefs and share his experiences. Now, as he has begun to build churches all over the Gentile world, the enemy is working to destroy the true Gospel message. False teachers are coming in to try and deceive the weak.

At Corinth and beyond, there are many who are being used by the enemy to reverse the truth of Paul’s original Gospel message. Some know they are being used, but are running on a power trip. Others are ignorant and wholeheartedly believe they are following God. With so much deceit running rampant, it’s obvious Paul was concerned.

The problem at Corinth is a common one we still experience today. They were mixing human teaching and spiritual knowledge. Instead of relying on the Spirit for truth and wisdom, they were following the world’s ways. One way this plays out in our current culture is through nationalistic and/or political influence. Many place their political party on the same level as Jesus, even going as far as to believe that Christ endorses their party.

Others place national pride on the same level and honestly believe that this type of allegiance should be taught in church services. I’ve witnessed churches shooting off fireworks and waving American flags in their services. Don’t get me wrong… I’m more than grateful for the freedoms we have in this country, but that freedom can never compare to the spiritual freedom in Christ!

Paul gives warning to those who can discern the error of human teaching by using himself as an example.

When I came to you, brothers, announcing the testimony of God to you, I did not come with brilliance of speech or wisdom.  2  For I didn’t think it was a good idea to know anything among you except Jesus Christ and Him crucified.

Paul didn’t bully people into believing. He didn’t rule over others or even proclaim to have more wisdom and discernment than weaker individuals. He simply brought the message of Jesus and then lived it out among them. Furthermore, Paul didn’t need celebrity status to accomplish his purpose. He didn’t run a slick marketing campaign. He didn’t put on a huge performance with lights and smoke. In fact, he boasted about how weak he was.

I came to you in weakness, in fear, and in much trembling.  4  My speech and my proclamation were not with persuasive words of wisdom but with a powerful demonstration by the Spirit,  5  so that your faith might not be based on men’s wisdom but on God’s power.

I believe this generation has made some severe compromises in the way we teach people about Jesus. We have been duped into believing that bigger always means better. We have compromised the depth and substance of the Spirit for an accommodating service with luxurious amenities. I wonder what Paul would think if he walked into an American church today? Would he see people coming in their weakness with fear and trembling? Would he hear speech presented without persuasive words of human wisdom? Would he observe people leaving with their faith in man or in the power of God?