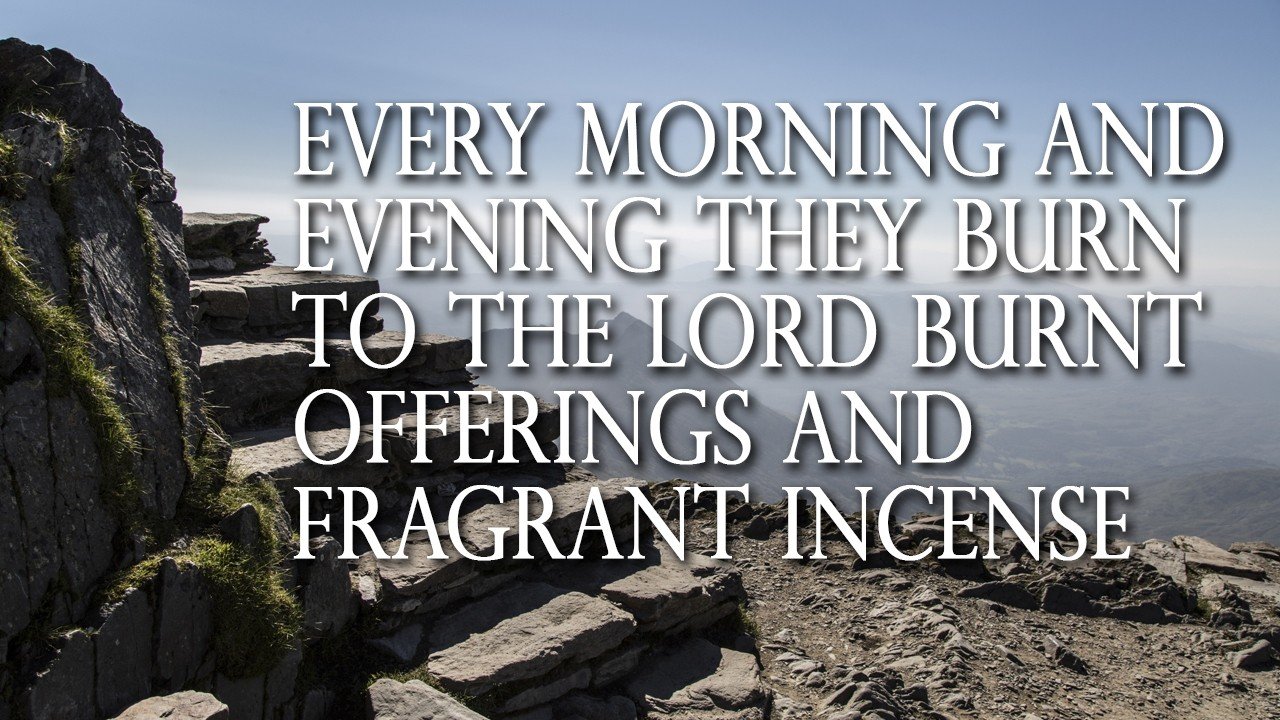 13 In the eighteenth year of King Jeroboam, Abijah began to reign over Judah. He reigned for three years in Jerusalem. His mother’s name was Micaiah the daughter of Uriel of Gibeah.

Now there was war between Abijah and Jeroboam. Abijah went out to battle, having an army of valiant men of war, 400,000 chosen men. And Jeroboam drew up his line of battle against him with 800,000 chosen mighty warriors. Then Abijah stood up on Mount Zemaraim that is in the hill country of Ephraim and said, “Hear me, O Jeroboam and all Israel! Ought you not to know that the LORD God of Israel gave the kingship over Israel forever to David and his sons by a covenant of salt? Yet Jeroboam the son of Nebat, a servant of Solomon the son of David, rose up and rebelled against his lord, and certain worthless scoundrels gathered about him and defied Rehoboam the son of Solomon, when Rehoboam was young and irresolute and could not withstand them.

“And now you think to withstand the kingdom of the LORD in the hand of the sons of David, because you are a great multitude and have with you the golden calves that Jeroboam made you for gods. Have you not driven out the priests of the LORD, the sons of Aaron, and the Levites, and made priests for yourselves like the peoples of other lands? Whoever comes for ordination with a young bull or seven rams becomes a priest of what are not gods. But as for us, the LORD is our God, and we have not forsaken him. We have priests ministering to the LORD who are sons of Aaron, and Levites for their service. They offer to the LORD every morning and every evening burnt offerings and incense of sweet spices, set out the showbread on the table of pure gold, and care for the golden lampstand that its lamps may burn every evening. For we keep the charge of the LORD our God, but you have forsaken him. Behold, God is with us at our head, and his priests with their battle trumpets to sound the call to battle against you. O sons of Israel, do not fight against the LORD, the God of your fathers, for you cannot succeed.”

Jeroboam had sent an ambush around to come upon them from behind. Thus his troops were in front of Judah, and the ambush was behind them. And when Judah looked, behold, the battle was in front of and behind them. And they cried to the LORD, and the priests blew the trumpets. Then the men of Judah raised the battle shout. And when the men of Judah shouted, God defeated Jeroboam and all Israel before Abijah and Judah. The men of Israel fled before Judah, and God gave them into their hand. Abijah and his people struck them with great force, so there fell slain of Israel 500,000 chosen men. Thus the men of Israel were subdued at that time, and the men of Judah prevailed, because they relied on the LORD, the God of their fathers. And Abijah pursued Jeroboam and took cities from him, Bethel with its villages and Jeshanah with its villages and Ephron with its villages. Jeroboam did not recover his power in the days of Abijah. And the LORD struck him down, and he died. But Abijah grew mighty. And he took fourteen wives and had twenty-two sons and sixteen daughters. The rest of the acts of Abijah, his ways and his sayings, are written in the story of the prophet Iddo.

We read here of a stunning account of God’s deliverance through the king of Judah, Abijah.  The son of Rehoboam, he only reigned 3 years showing he was not blessed by God.  His father was a fool of a leader.  He had his moment where he served God but then in abandon sought his own will and placement.  The apple didn’t fall far from the tree.  If we simply knew this story and account here we would conclude Abijah was a pretty good man.

That was not the case.  1 Kings 15 reveals he was wicked and committed sins against God again and again.  Sure, Jeroboam of the northern kingdom had rebelled but Rehoboam was a horrendous leader who provoked them to this place where Abijah found himself.

God uses all types and kinds of people to get His purposes fulfilled.

Ezra who penned this account wanted to show that despite being an evil leader, he was still under God’s covenant and would fulfill His purpose.  It’s a stunning speech showing how God spared Abijah and even Judah really.  He used Abijah to protect His remnant.

It’s easy sometimes to draw lines with leaders knowing that they really aren’t serving God in any way shape or form.  And our opinions are sometimes correct.  But God also can use people who are not serving Him to continue His will being accomplished.  The godly and ungodly are still in God’s hands and He will do and use whomever He pleases to accomplish what He intends.

After reading this chapter, I am reminded of a common situation we have all encountered. It’s that moment when someone is telling the truth, but not giving you the full story. When a potential employer asks you, “What is your greatest weakness?” you answer with, “I work too hard.” That may be true, but we all know it’s not really a weakness and probably not your greatest one either.

Abijah gives an impassioned speech about how the northern tribe has abandoned God’s will. His language frames the situation as if everything is their fault. Yes, it is true that the southern kingdom was under the Davidic Covenant and would lay claim to the lineage of Christ. More on this later.

The point being, this was not all Israel’s fault. Solomon was responsible for the initial breaking of the covenant and the downfall into idolatry. Both Rehoboam and Jeroboam made horrendous choices following the split. There was some truth to what Abijah was saying. God would still uphold his covenant and bless His people. This is actually what’s so shocking.

It’s hard to believe the slaughtering that took place here was God’s ideal plan. I would go as far as to say it was rebellion. However, the Lord had made an unconditional covenant with David. Although God desires obedience, His plan was not dependent on the choices of the people. Obviously, after reading about Solomon, Rehoboam, and Jeroboam, we are left wondering why God would still choose to be faithful. I wonder the same thing about myself!

The truth for us is that Jesus has fulfilled the New Covenant. Its fulfillment is not dependent on our choices. We can’t earn Salvation. However, after knowing the immense gap that existed between us and God, and the fact that Jesus still came to die for our rebellion, how could we not desire to obey Him? I am not ashamed to say that I have a little bit of Solomon, Rehoboam, and Jeroboam in me. Jesus still went to the cross.

That’s the reason I write these words right now. It’s the reason I seek to know Him and obey Him. I’m not perfect, but I am perfectly loved and I am willing to put my life in the hands of His love. What has the sacrifice of Jesus done for your obedience lately? Are you confident that His love never fails?