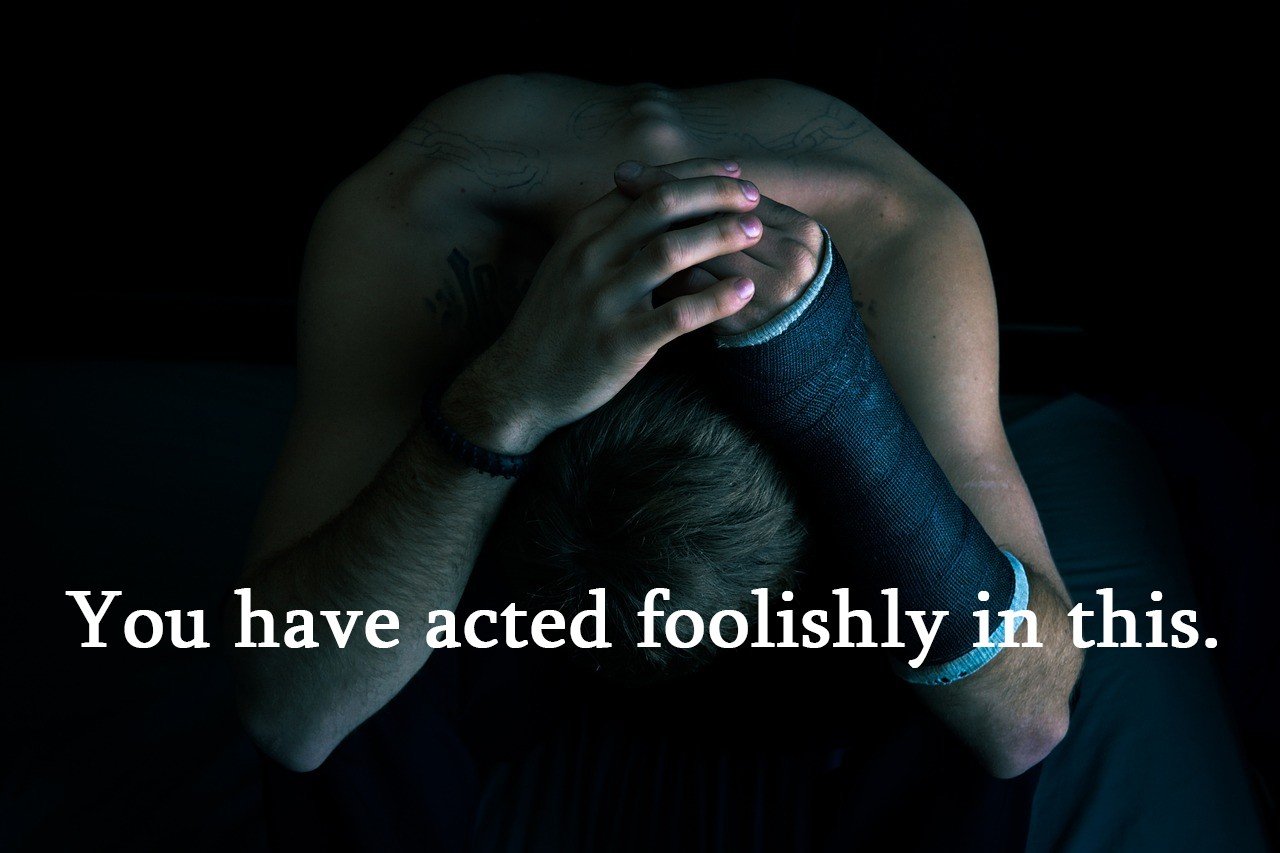 16 In the thirty-sixth year of the reign of Asa, Baasha king of Israel went up against Judah and built Ramah, that he might permit no one to go out or come in to Asa king of Judah. Then Asa took silver and gold from the treasures of the house of the LORD and the king’s house and sent them to Ben-hadad king of Syria, who lived in Damascus, saying, “There is a covenant between me and you, as there was between my father and your father. Behold, I am sending to you silver and gold. Go, break your covenant with Baasha king of Israel, that he may withdraw from me.” And Ben-hadad listened to King Asa and sent the commanders of his armies against the cities of Israel, and they conquered Ijon, Dan, Abel-maim, and all the store cities of Naphtali. And when Baasha heard of it, he stopped building Ramah and let his work cease. Then King Asa took all Judah, and they carried away the stones of Ramah and its timber, with which Baasha had been building, and with them he built Geba and Mizpah.

At that time Hanani the seer came to Asa king of Judah and said to him, “Because you relied on the king of Syria, and did not rely on the LORD your God, the army of the king of Syria has escaped you. Were not the Ethiopians and the Libyans a huge army with very many chariots and horsemen? Yet because you relied on the LORD, he gave them into your hand. For the eyes of the LORD run to and fro throughout the whole earth, to give strong support to those whose heart is blameless toward him. You have done foolishly in this, for from now on you will have wars.” Then Asa was angry with the seer and put him in the stocks in prison, for he was in a rage with him because of this. And Asa inflicted cruelties upon some of the people at the same time.

The acts of Asa, from first to last, are written in the Book of the Kings of Judah and Israel. In the thirty-ninth year of his reign Asa was diseased in his feet, and his disease became severe. Yet even in his disease he did not seek the LORD, but sought help from physicians. And Asa slept with his fathers, dying in the forty-first year of his reign. They buried him in the tomb that he had cut for himself in the city of David. They laid him on a bier that had been filled with various kinds of spices prepared by the perfumer’s art, and they made a very great fire in his honor.

Loyalty.  It’s the state of being faithful to ones commitments or obligations.

We see a lot of disloyalty these days.  It finds itself in relationships.  It’s evident in the workplace.  Disloyalty is sadly present in our spiritual commitment.  The lack of loyalty is destructive to the very fiber of trust and destroys much faith others have in us or in our own commitments.

There were so many ways Asa shined at the beginning of his reign.  He had some remarkable overhauls as he rid the land of paganism.  He trusted God in the battle.  Then something happened as he grew older.  He put his trust in his military might and negotiating alliances rather than in God who had been insanely faithful to him through the years.  The unraveling was great as not only did he forge a treaty with a pagan nation, he raided the treasuries of gold and silver giving them to the king of Aram in hopes of banning together to war against the Northern Kingdom. This was a recipe for disaster. When he was confronted by a man named Hanani instead of being humble he threw him in jail.

Previously he had relied on God and defeated the Cushites in an against the odds battle.  Yet, here his loyalty to God who had delivered him was put instead in a human solution rather than a God led one.

Crisis reveals many things.  Hardship shows what we are made of.  God has been faithful in so many ways to each of us.  We could recount them again and again.  Are the current decisions being made based upon our trust in God to work them out or on ourselves?  Taking things into our own hands never works.  Ever.  Where is your loyalty to the God who saved and has called you?  Where are you pursuing His wisdom and discernment in decisions being made?  Actions speak toward the reality of our heart and reveal if we are loyal or not to Him.

There is so much in this chapter that is personal and meaningful for me. As someone who has struggled with unexplained health issues, it seems that every day is a battle. The temptation for most of us is to immediately seek help from physicians. Thankfully, we are blessed to live in a nation where we can receive health care from some of the most gifted physicians and specialists in the world. But the question remains, what happens when the diagnosis is undetermined? Where do we go when all the tests come back normal but we continue to suffer in pain?

God came to Asa in many ways. He placed the king in several situations where he had to make a choice. Would he depend on human wisdom and knowledge or would he depend on the Lord? When the prophet Hanani comes to Asa, he speaks bold truth.

9 The LORD keeps close watch over the whole world, to give strength to those whose hearts are loyal to him. You have acted foolishly, and so from now on you will always be at war.” 10 This made Asa so angry with the prophet that he had him put in chains. It was at this same time that Asa began treating some of the people cruelly.

Oh, how familiar this is! The Lord allows for consequences and we continue in rebellion. Instead of repenting and running back to Him for strength, we grasp for more control. Asa did just that. He threw the prophet in jail and began lashing out at all those around him. It’s easy to sink into this place. In fact, I was there two weeks ago. When turmoil strikes, where do you turn? To whom will you turn?

God again gave Asa a chance to grow in his relationship. He allowed him to have a disease. Yes, I said it – allowed. Through a lack of nutrition, or physical circumstances, or even environmental factors, Asa contracted a foot disease. But it was all under the sovereignty of God. How do we know this? Because in the same verse, the text highlights the purpose of allowing such a disease.

In the thirty-ninth year of his reign Asa became diseased in his feet. His disease was severe, yet even in his disease he did not seek the LORD, but the physicians.

Just like the prophet’s words of truth, the ultimate purpose of this disease was to turn Asa’s heart back to God. Now, I certainly believe in seeking medical care from physicians. That wasn’t the problem. Asa’s main issue was that he sought the advice and counsel of doctors while at the same time ignoring the Lord. God was more focused on Asa’s heart than his foot disease.

In the end, there was no guarantee that the king would be healed had he come to God. Paul’s affliction was never healed though he implored God over it. However, we know that Paul was made weak so that the power of Jesus would be made strong. Paul’s heart changed to serve God under any and all circumstances and to rejoice in his afflictions knowing he was being made stronger. Paul’s battle scars made him into a gritty, effective servant for Jesus Christ.

Therefore I am well content with weaknesses, with insults, with distresses, with persecutions, with difficulties, for Christ’s sake; for when I am weak, then I am strong.

Where do you need to hear this today? Where are you suffering from weakness, insults, distresses, and persecutions? The real question is, who are you seeking in these trials? Do you see it as an opportunity to grow, or as a hopeless problem that causes anger and distress? My prayer is that through your weakness, Christ’s power would increase in your life and in the lives around you. I can tell you from personal experience my health issues have been one of the toughest battles of my life. But I would not trade my experiences because through these trials my relationship with God has grown and my intimacy with Him has deepened.