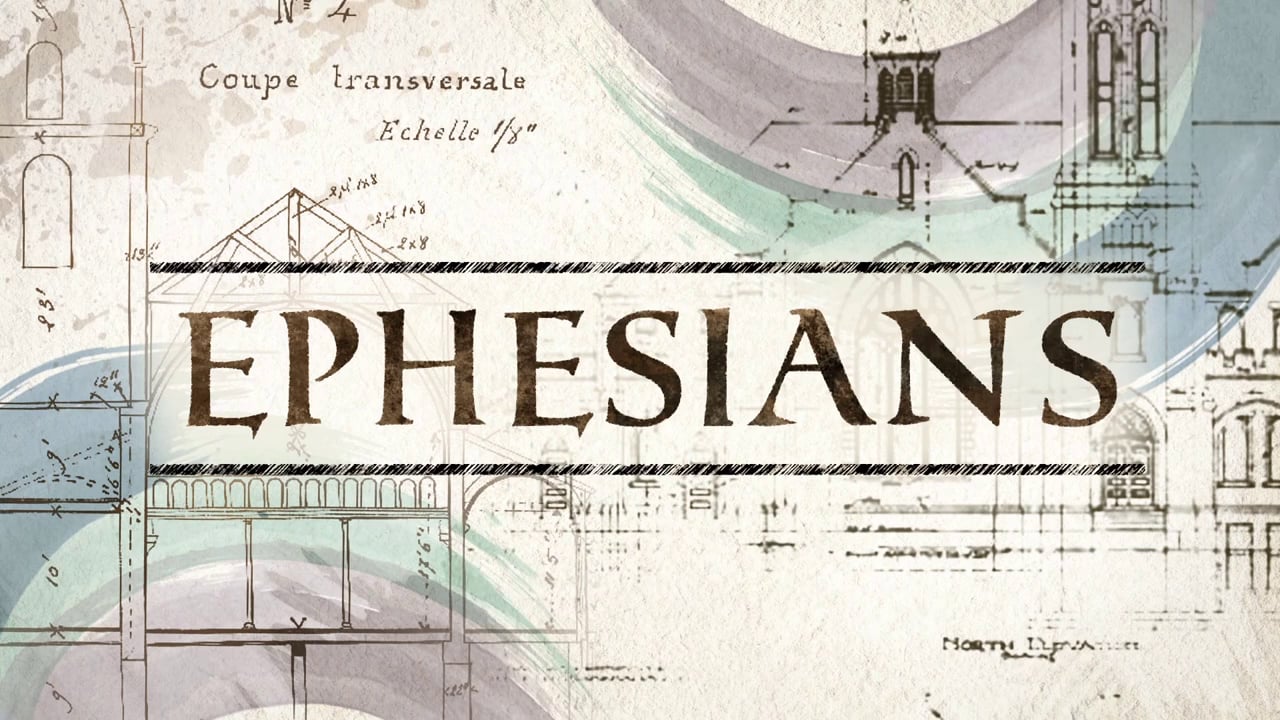 1 Paul, an apostle of Christ Jesus by the will of God,

To the saints who are in Ephesus, and are faithful in Christ Jesus:

Grace to you and peace from God our Father and the Lord Jesus Christ.

Blessed be the God and Father of our Lord Jesus Christ, who has blessed us in Christ with every spiritual blessing in the heavenly places, even as he chose us in him before the foundation of the world, that we should be holy and blameless before him. In love he predestined us for adoption to himself as sons through Jesus Christ, according to the purpose of his will, to the praise of his glorious grace, with which he has blessed us in the Beloved. In him we have redemption through his blood, the forgiveness of our trespasses, according to the riches of his grace, which he lavished upon us, in all wisdom and insight making known to us the mystery of his will, according to his purpose, which he set forth in Christ as a plan for the fullness of time, to unite all things in him, things in heaven and things on earth.

In him we have obtained an inheritance, having been predestined according to the purpose of him who works all things according to the counsel of his will, so that we who were the first to hope in Christ might be to the praise of his glory. In him you also, when you heard the word of truth, the gospel of your salvation, and believed in him, were sealed with the promised Holy Spirit, who is the guarantee of our inheritance until we acquire possession of it, to the praise of his glory.

For this reason, because I have heard of your faith in the Lord Jesus and your love toward all the saints, I do not cease to give thanks for you, remembering you in my prayers, that the God of our Lord Jesus Christ, the Father of glory, may give you the Spirit of wisdom and of revelation in the knowledge of him, having the eyes of your hearts enlightened, that you may know what is the hope to which he has called you, what are the riches of his glorious inheritance in the saints, and what is the immeasurable greatness of his power toward us who believe, according to the working of his great might that he worked in Christ when he raised him from the dead and seated him at his right hand in the heavenly places, far above all rule and authority and power and dominion, and above every name that is named, not only in this age but also in the one to come. And he put all things under his feet and gave him as head over all things to the church, which is his body, the fullness of him who fills all in all.

Paul wrote a letter.  It was not to confront the church on issues, but to encourage.

The church was born the day of Pentecost when the Holy Spirit came upon the believers. Literally, thousands came to believe in Jesus.  This was a rich time of tremendous miracles. These one-time stumbling men and women with preconceived ideas were emboldened and empowered.  The church’s establishment in Jerusalem had thriving ministries.  But the heat was turned up by the Jewish hierarchy as persecution hit and the Gospel was taken to other cities.  Paul had his own miraculous conversion to Jesus which changed the trajectory of his life. He took 3 missionary journeys – one of which landed him in Ephesus.

The church in Ephesus was solid.  At one point, Paul stayed there 3 years working with the church and the people he so deeply loved.  It is believed this letter was to be circulated to the surrounding churches in the area to bolster their faith.

There are several things that make this letter so poignant.  Scattered throughout these chapters he breaks into some of the most amazing prayers.  He builds up the church and draws lines by reminding all to recall from where we came. Paul reminds us of the grace of God that has performed this miraculous thing.  He continues to put the spotlight on the Holy Spirit who empowers Believers to live as they’ve been called.  It is He who pulls back the curtain in the heavenlies where the battle is fierce.  It is some of the most stunning thoughts and insight.

As Paul writes in this first chapter a tremendous prayer he states:

“I pray that the eyes of your heart may be enlightened in order that you may know the hope to which He has called you.”

As you read this book, may the Holy Spirit enlighten you on every level.  May He bring tremendous insight to your current situation and empower you in His strength.  The Holy Spirit is working in you right now.  You may be facing something tremendously difficult. Remember, you have full assurance of victory through Jesus no matter what the outcome.  The prayer is that He opens your eyes to the state of your being. May He strengthen you through this letter to stand firm and believe.

The readers of this letter in Paul’s day would have received a rolled up scroll that required unrolling before reading. It was important to quickly see who the writer was and what the letter was about. For this reason, there was usually a greeting at the beginning. Here, Paul greets the saints in Ephesus but it would have been distributed to many churches.

The title of saint is an interesting concept. When we hear that we typically think of the early church leaders (Peter, Paul, etc.) However, the Bible is not exclusive with the term. In Scripture, the word saint refers to someone on Earth (not in heaven) who has received Jesus Christ by faith (not canonized by a man) and who worships God (instead of receiving worship from others). All of us who are saved through Jesus are saints. That’s why Paul addresses those in Ephesus with this title.

Paul breaks out into prayer twice in this letter. When you think about all Paul’s missionary life, it’s no wonder he put such an emphasis on prayer. He prayed continually for all of his churches. Not surprisingly, in Ephesians, the structure consistently highlights faith, hope, and love just like many of his other prayers. What would happen if we spent extra time asking for faith, love and hope to increase in others lives?

The prayer at the end of this chapter is beautiful. In fact, I have always admired the depth of Paul’s words in this prayer. Notice what the prayer does not say. It doesn’t speak to anything material. It’s not focused on personal comfort or the glorification of self. Furthermore, it’s not centered around anything that’s able to be earned or understood by our own efforts.

It’s about God, Jesus and the Holy Spirit gifting His people with intangible characteristics. It’s focused on spiritual principles. The prayer speaks of wisdom, knowledge, hope, the will of God, the riches of His glory, His power, His rule, His strength… and I could go on. What if we sincerely committed to praying for these things? What would happen in our lives and the lives around us? Above all, what if we made an effort to ask for spiritual truth in the face of adversity? This is what Paul modeled for us.

The Will Of God

It’s the million-dollar question. What is God’s will for my life? Often, Christians will ask this question when they are faced with a specific decision in an immediate context. For example, does God want me to marry this person? Does God want me to take this job? Does God want me to buy this house? These questions often lead to a mystical component of God’s will where we look for specific signs that will push us one way or another. God certainly has spoken this way, but it is not the only way He speaks. Paul outlines God’s will in another way.

He made known to us the mystery of His will, according to His good pleasure that He planned in Him  10  for the administration of the days of fulfillment—to bring everything together in the Messiah, both things in heaven and things on earth in Him.  11  We have also received an inheritance in Him, predestined according to the purpose of the One who works out everything in agreement with the decision of His will,  12  so that we who had already put our hope in the Messiah might bring praise to His glory.

What does this mean? The purposes of God have been planned ahead of time, and now that plan has been revealed to us. God’s will was to reconcile the nations which were scattered and corrupted at the tower of Babel. Though they were foreign/pagan nations to Israel, God’s ultimate plan was to send Jesus to ransom all nations from the burden of sin and call us forward to a life of purpose. Though it seemed the rebellion of the heavenly host and the rebellion of humanity had ruined God’s creation, His plan to redeem was predestined from the beginning.

Paul’s description of the will of God calls us to grow in our understanding of how our decisions fit into His overall plan. So, returning to the questions above, a more useful inquiry might be, will marrying this person produce a marriage that will bring glory to God? Will taking this job provide me the opportunity to use my platform and income to make eternal investments? Will buying this house increase my ability to minister to my family, my neighbors, and the lost?

These questions fit God’s will because they are directed at the long-term goals God created us to achieve through Jesus and the Holy Spirit. God’s primary will is not that we would be happy, but that we would be obedient. This is precisely why Paul goes on to describe the spiritual powers we wrestle with in the following chapters of Ephesians. As believers, we have been enlisted in a battle and God’s will for us has been outlined in His Word.

We are living in what Paul would call the “days of fulfillment” when all things (in heaven and on earth and under the earth) have been placed under Christ’s rule. We can either choose to live a life of self-indulgence or a life of self-sacrifice. But in order to know God’s will, we must study His Word so that we operate daily on that spiritual foundation!