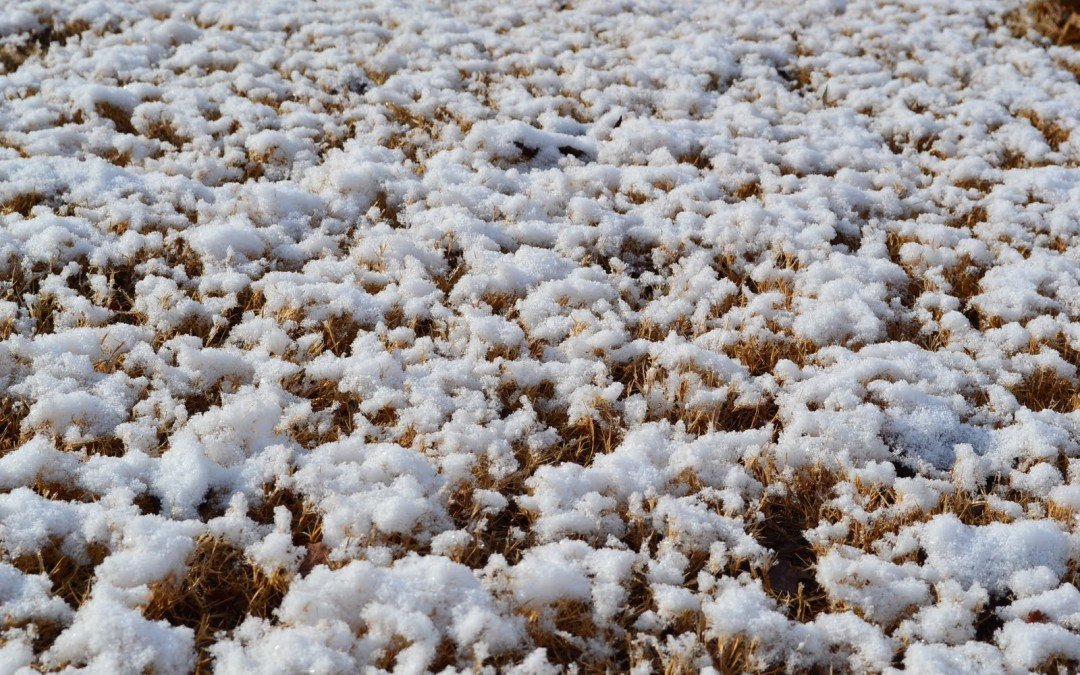 Then the LORD said to Moses, “Behold, I am about to rain bread from heaven for you, and the people shall go out and gather a day’s portion every day, that I may test them, whether they will walk in my law or not. On the sixth day, when they prepare what they bring in, it will be twice as much as they gather daily.” So Moses and Aaron said to all the people of Israel, “At evening you shall know that it was the LORD who brought you out of the land of Egypt, and in the morning you shall see the glory of the LORD, because he has heard your grumbling against the LORD. For what are we, that you grumble against us?” And Moses said, “When the LORD gives you in the evening meat to eat and in the morning bread to the full, because the LORD has heard your grumbling that you grumble against him—what are we? Your grumbling is not against us but against the LORD.”

In the evening quail came up and covered the camp, and in the morning dew lay around the camp. And when the dew had gone up, there was on the face of the wilderness a fine, flake-like thing, fine as frost on the ground. When the people of Israel saw it, they said to one another, “What is it?” For they did not know what it was. And Moses said to them, “It is the bread that the LORD has given you to eat. This is what the LORD has commanded: ‘Gather of it, each one of you, as much as he can eat. You shall each take an omer, according to the number of the persons that each of you has in his tent.’” And the people of Israel did so. They gathered, some more, some less. But when they measured it with an omer, whoever gathered much had nothing left over, and whoever gathered little had no lack. Each of them gathered as much as he could eat. And Moses said to them, “Let no one leave any of it over till the morning.” But they did not listen to Moses. Some left part of it till the morning, and it bred worms and stank. And Moses was angry with them. Morning by morning they gathered it, each as much as he could eat; but when the sun grew hot, it melted.

On the sixth day they gathered twice as much bread, two omers each. And when all the leaders of the congregation came and told Moses, he said to them, “This is what the LORD has commanded: ‘Tomorrow is a day of solemn rest, a holy Sabbath to the LORD; bake what you will bake and boil what you will boil, and all that is left over lay aside to be kept till the morning.’” So they laid it aside till the morning, as Moses commanded them, and it did not stink, and there were no worms in it. Moses said, “Eat it today, for today is a Sabbath to the LORD; today you will not find it in the field. Six days you shall gather it, but on the seventh day, which is a Sabbath, there will be none.”

Now the house of Israel called its name manna. It was like coriander seed, white, and the taste of it was like wafers made with honey. Moses said, “This is what the LORD has commanded: ‘Let an omer of it be kept throughout your generations, so that they may see the bread with which I fed you in the wilderness, when I brought you out of the land of Egypt.’” And Moses said to Aaron, “Take a jar, and put an omer of manna in it, and place it before the LORD to be kept throughout your generations.” As the LORD commanded Moses, so Aaron placed it before the testimony to be kept. The people of Israel ate the manna forty years, till they came to a habitable land. They ate the manna till they came to the border of the land of Canaan. (An omer is the tenth part of an ephah.)

Difficult circumstances lead to stress.  More often than not, when a difficult situation inundates us, it is all we think about, talk of and even moves itself into our dreams.  It becomes all encompassing on some levels.  Although not a rebuke by any sorts, it is for sure that when we are so consumed with a situation it takes all our perspective and lands it squarely on the worst case scenario even.  I know this is true for me at times.

In such times, I am praying down the power of God for my own life and perspective.  I am pleading for Him to take my thoughts captive, drive my thinking to the places of trust.  I ask for protection even of my mind as my dreams can even incorporate the unknown outcome of some situation.

In the past I’ve been quite hard on the Israelite’s.  I admit that here.  I’ve been pretty quick to jump to conclusions of how they didn’t trust, how they struggled and their emotions even drove them to conclusions and potential actions.  Reading this passage and then several commentaries I’ve thought a bit about these opinions.

Now, what we will see is there behavior does become a MO if you will.  Many times when they are so frustrated and absolutely beside themselves, their first response is to blame Moses or Aaron, be angry at God and so forth.  As this pattern will become a regular thing, let’s consider the reality of their situation.

They had been on the move and away from Egypt now for one month.  This is according to the date given in the text.  Their murmuring was not without merit.  The food they would have taken from Egypt had run out or was down to the last scraps.  They needed to eat but the problem was they didn’t see the big picture God had.  The problem came when they shifted the blame to Moses and Aaron. It is obvious Moses and Aaron had zero interest in the demise of the Israelites, yet this was their accusation.

A heart that complains will find it quite easy to accuse another – jumping to conclusions that are unfounded.

God would provide for their needs.  In fact, He would do so again and again through this journey of theirs.  Although they were quick to jump to a way of escape, (they would have been better off in Egypt) the issue for them was not only their lack of food but lack of trust.

For each of us, whenever the temptation to let the stresses of our lives rule our thoughts and actions there is much to be said about focusing on the power of God.  We must if need be, revisit the times in the past of how He provided and is still in control.  Easy words to say.  But the admonition for each of us is to continue to take every thought captive.  We need to be interceding even on our own behalf that God will direct our line of vision and thought and instill a trust beyond reason.

I’ve had the opportunity over the years to witness many young people and adults get confronted with the Gospel and respond to the call. In most of those situations, the moment their hearts are confronted, things start to get messy. It’s so common that it’s almost expected. Once the Holy Spirit has enlightened you to the reality of following Jesus, the responsibility to repent and turn from your old life is an overwhelming thought.

Unfortunately, many of those whom I’ve seen make commitments to Christ have simply turned back to their old habits very quickly. Like the Israelites, they were freed from their bondage but were enticed back by the ease of life. Yes, it’s true that they didn’t have freedom (they were chained to Egypt) but their basic needs were met and they knew what the next day would bring.

What I’ve learned is that in these situations, the enemy will use selfishness and negativity to bring an individual right back to where they started – but with a more hardened heart. Oftentimes, the one trying to lead them will catch the blunt force of the rebellion. But is this really true? Moses tells the people, you don’t have a problem with me, you have a problem with God.

Moses said, “This will happen when the LORD gives you meat to eat in the evening, and bread to the full in the morning; for the LORD hears your grumblings which you grumble against Him. And what are we? Your grumblings are not against us but against the LORD.”

It is not easy to turn from your old life of sin. It’s a constant battle and struggle. It’s literally a war. We must expect resistance. We must anticipate sneak attacks. Our Salvation is not anyone else’s responsibility but our own. We must answer for this life we live, and in the end, He will not accept grumbling and excuses because He has given us everything we need to live a Godly life!