20 In the year that the commander in chief, who was sent by Sargon the king of Assyria, came to Ashdod and fought against it and captured it—at that time the LORD spoke by Isaiah the son of Amoz, saying, “Go, and loose the sackcloth from your waist and take off your sandals from your feet,” and he did so, walking naked and barefoot.

Then the LORD said, “As my servant Isaiah has walked naked and barefoot for three years as a sign and a portent against Egypt and Cush, so shall the king of Assyria lead away the Egyptian captives and the Cushite exiles, both the young and the old, naked and barefoot, with buttocks uncovered, the nakedness of Egypt. Then they shall be dismayed and ashamed because of Cush their hope and of Egypt their boast. And the inhabitants of this coastland will say in that day, ‘Behold, this is what has happened to those in whom we hoped and to whom we fled for help to be delivered from the king of Assyria! And we, how shall we escape?’”

Many years ago while in Cyprus a friend of mine told a story how God asked him to do something which seemed illogical. He was back in London for several weeks on holiday and one night late he pulled out his guitar and began to worship.  In the middle of this praise time, he felt the Lord saying to take his guitar out to the park across the street and sing to Him.

He fought the prompting with logical questions: Am I hearing this correctly?  What if I’m ticketed for disturbing the peace after midnight?  Can’t I just worship you here?  The Holy Spirit would not relent so Steve took his guitar, walked down to the park and began playing.  He sang one song when the Holy Spirit directed him it was enough and to go back inside. 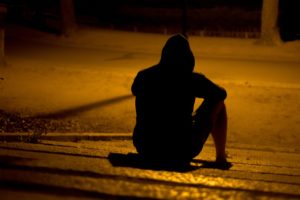 What? Steve was baffled by this and thought he had momentarily lost it, not understanding anything.  He chalked it up to not hearing correctly.

Fast forward 2 years later.  Steve was back in London speaking at a church. After the service, a young man came up to him.  “I know you,” he started off. Steve looked at the guy and nothing registered.

“A couple years ago,” the man said, “I was in a park late one night.  I was at the end of my rope and was going to kill myself.  Then I heard this guy playing a guitar and singing to Jesus.  He sang one song and went back to his flat.  That song stopped everything for me.  In that moment, I felt Jesus speaking to me and it was right there I fell to my knees and prayed to Jesus for the first time.  I’ve never been the same since.  I turned my life around, and here I am.”

It’s an understatement that Steve was flabbergasted.

Sometimes God asks things of us that make no sense.  This goes beyond His words of “Trust Me” to requiring us to do something out of the ordinary.  Hosea was asked to marry a prostitute.  Ezekiel’s wife was taken in death as an example to the nation of Israel.  Isaiah was asked to walk around naked for 3 years with his butt showing.  All are crazy, illogical requests.

For Isaiah, God was speaking to the people of Israel through this object type lesson of the humiliation Egypt and Ethiopia would experience at the hands of Assyria.  The message was also for Judah as well. They were not to put their trust in alliances or political deals or they would experience the same kind of shame and humiliation.

If God would ask something illogical of you, would you do it?  If the Holy Spirit asked something completely out of your character and potentially at the moment you had no idea of why this was requested, would you follow through?

There are always people on the other side of our obedience.  Much like the story of Steve and this young man, it is necessary we act when pressed upon by the Holy Spirit.

In a symbolic gesture, the Lord directs Isaiah to strip back his clothing and live that way for 3 years. Much like a parable, Isaiah was acting out the fate of both Egypt and Ethiopia. Technically-speaking, 3 years could have been as long as 36 months or as short as 14 months. (It could have been 1 month in the first year, 12 months in the second year, 1 month in the third year). Regardless, it was a long period of time to go without clothing!

We don’t know if Isaiah exposed himself completely, or if he was partially clothed. In that culture, both translated as “naked.” It’s certainly possible he 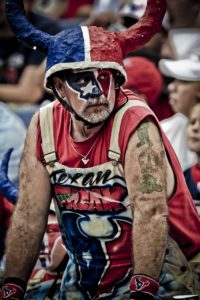 stark naked. However, I would assume that being nude would have created a great deal of struggle both culturally and practically. The truth is, if God asked him to navigate life fully exposed, then I’m sure He protected and provided for Isaiah along the way.

The strange truth that has struck me in reading this chapter is that Isaiah was an extremist. He was radically committed to God. There is no doubt people questioned his sanity. It’s fair to assume he faced ridicule and mockery. As a society (then and now), we generally hate people who wholeheartedly commit to anything. If you are acting as a fanatic, there is something very ‘un-cool’ about you. One exception I can think of is sports, where, for some reason, being a fanatic is acceptable.

But many times the ideal lifted high in our culture is well-balanced behavior. It’s cool to stay reserved and uncommitted. It’s appealing to be “OK” with everything and wholly committed to nothing. We don’t want to expose the truth about our weaknesses. We certainly don’t want to put ourselves out there and get humiliated. Let’s be honest. We all struggle, to a degree, with people-pleasing.

However, this is one concept the prophets continually rejected. They could not care less what people thought about them. They followed God. In fact, this could be said about many great men and women of faith. In the New Testament, the early church didn’t care one bit about public opinion. They passionately followed Jesus until death.

So, here is the challenging thought for today – and yes, it’s extremely challenging. What would it look like to follow without questioning, fearing or complaining? When God asks you to step out of your comfort zone, can you do it, or is it “too crazy?” Honestly, it’s probably “too Jesus” for us – and there’s still a part of us that values our appearance over our Lord.

Take a stand today! Root yourself in the Word. Ask the Holy Spirit to destroy your pride. Let’s not just “like” the idea of following Jesus; let’s actually do it! No fear, no questions, and no complaining. Just radical obedience. Oh God, have mercy on my soul for foolishly valuing my comfort and appearance over Your will! I would rather suffer from humiliation, embarrassment, and ridicule in the name of Christ!