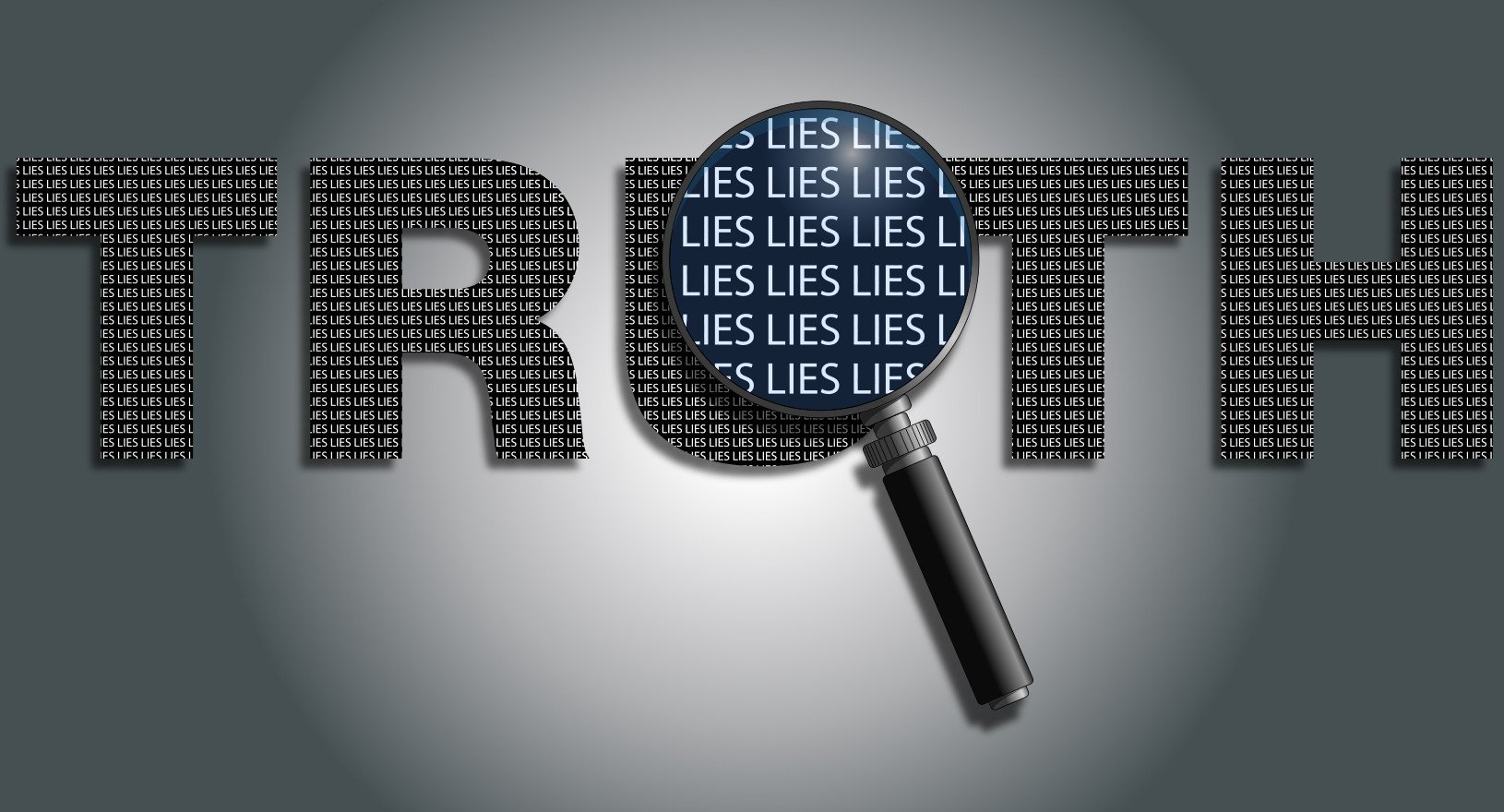 36 In the fourteenth year of King Hezekiah, Sennacherib king of Assyria came up against all the fortified cities of Judah and took them. And the king of Assyria sent the Rabshakeh from Lachish to King Hezekiah at Jerusalem, with a great army. And he stood by the conduit of the upper pool on the highway to the Washer’s Field. And there came out to him Eliakim the son of Hilkiah, who was over the household, and Shebna the secretary, and Joah the son of Asaph, the recorder.

And the Rabshakeh said to them, “Say to Hezekiah, ‘Thus says the great king, the king of Assyria: On what do you rest this trust of yours? Do you think that mere words are strategy and power for war? In whom do you now trust, that you have rebelled against me? Behold, you are trusting in Egypt, that broken reed of a staff, which will pierce the hand of any man who leans on it. Such is Pharaoh king of Egypt to all who trust in him. But if you say to me, “We trust in the LORD our God,” is it not he whose high places and altars Hezekiah has removed, saying to Judah and to Jerusalem, “You shall worship before this altar”? Come now, make a wager with my master the king of Assyria: I will give you two thousand horses, if you are able on your part to set riders on them. How then can you repulse a single captain among the least of my master’s servants, when you trust in Egypt for chariots and for horsemen? Moreover, is it without the LORD that I have come up against this land to destroy it? The LORD said to me, “Go up against this land and destroy it.”’”

Then Eliakim, Shebna, and Joah said to the Rabshakeh, “Please speak to your servants in Aramaic, for we understand it. Do not speak to us in the language of Judah within the hearing of the people who are on the wall.” But the Rabshakeh said, “Has my master sent me to speak these words to your master and to you, and not to the men sitting on the wall, who are doomed with you to eat their own dung and drink their own urine?”

Then the Rabshakeh stood and called out in a loud voice in the language of Judah: “Hear the words of the great king, the king of Assyria! Thus says the king: ‘Do not let Hezekiah deceive you, for he will not be able to deliver you. Do not let Hezekiah make you trust in the LORD by saying, “The LORD will surely deliver us. This city will not be given into the hand of the king of Assyria.” Do not listen to Hezekiah. For thus says the king of Assyria: Make your peace with me and come out to me. Then each one of you will eat of his own vine, and each one of his own fig tree, and each one of you will drink the water of his own cistern, until I come and take you away to a land like your own land, a land of grain and wine, a land of bread and vineyards. Beware lest Hezekiah mislead you by saying, “The LORD will deliver us.” Has any of the gods of the nations delivered his land out of the hand of the king of Assyria? Where are the gods of Hamath and Arpad? Where are the gods of Sepharvaim? Have they delivered Samaria out of my hand? Who among all the gods of these lands have delivered their lands out of my hand, that the LORD should deliver Jerusalem out of my hand?’”

But they were silent and answered him not a word, for the king’s command was, “Do not answer him.” Then Eliakim the son of Hilkiah, who was over the household, and Shebna the secretary, and Joah the son of Asaph, the recorder, came to Hezekiah with their clothes torn, and told him the words of the Rabshakeh.

Deception.  The enemy of our souls has used this tactic with God’s creation since the beginning of time. His deception takes that of half truths or things almost true but twists it.  For instance, Satan is pretty quick to remind us of our sin and how sinful we are.  What he leaves out is the grace Jesus has given us to be reconciled and forgiven.  His tactic of deceiving people often leads with some form of truth but nothing else.  More on point, when not seeing the entire picture of Truth, we can easily fall  into despair and feel demoralized on many levels.

This tactic of his works over and over again in Followers and those seeking.

The break in the prophecies of Isaiah with some historical aspects brings the reality of God’s words being spoken through His prophet.  The warnings of God have come regarding an alliance with Egypt against the Assyrians who are closing in on Judah.  These admonitions have not been heeded as King Hezekiah put a great deal of trust in Pharaoh.  What’s interesting is the field commander of the Assyrians makes half truth statements.  Statements that speak toward the flawed trust in Egypt.  However, he also speaks of things he knows nothing about.  Things that are fatally inaccurate.  He proclaims that Hezekiah had insulted God because his reforms had torn down the high places.

Now, King Hezekiah had made tremendous reforms during his reign and eliminated the high places where idol worship of other gods was taking place.  His destruction of these places would require the people to journey back to Jerusalem to worship there, which was what God had commanded centuries before.  Either the field commander’s words were of ignorance or it was to deceive the people in thinking they had angered God.  He wanted them to be driven in hopelessness.  He spoke half truth that if the people were not careful would begin to believe these words.

The point?  Sinfulness isn’t necessarily the only thing that makes us ineffective for God.  Sometimes when we are confused about matters involving Him, not knowing the full truth of some situation even can stop us dead in our tracks from obedience.  This field commander continued to hammer the Israelite’s with the thought God had turned against them.  The Assyrian goal was the people would surrender without any fight.

God had already said the Assyrians would not destroy Jerusalem, they just needed to trust Him in the matter (Isaiah 10:24-27; Isaiah 29:5-8).  But the half truths would be tempting to embrace.

Our enemy has a tremendous ability to discourage and drive disobedience.  He uses half truths many times.

It is easy to listen to and embrace half truths.  Convincing thoughts that eliminate faith set us up toward disobedience to what God is calling us toward.  Deception, discouragement, demoralization are a few of the fruit that grows when we are not trusting God Himself.

Where does this resonate for you?

The goal of the enemy is to render us hopeless in the face of our circumstances. The world, Satan, and even our own hearts influence our minds to these dark places. Even though the Assyrians accuse Hezekiah of being seduced, they have been seduced by their own power. They believe the God of Israel is just another god to be manipulated by man in order to achieve victory. In this way, they truly believe that their power is above God’s.

The temptation for the Judah would be to respond in panic. We tend to freak out for a minute and lose our sense of direction. This is exactly the battle plan of the enemy. He wants to destroy our willpower. He wants to leave us with no options. We so quickly forget that repentance is always an option.

The question that plagues many aspects of our life is – should I trust God or trust humans? Our temptation is to trust ourselves, or others, to help squeeze out of a tough situation. As we will see in the next chapter, Hezekiah rightly seeks the Lord.

What do you do when you are overwhelmed? How do you cope?

This chapter really reminds me of the necessity to meditate on Scripture. When Satan came to Adam and Eve, as well as Jesus, he used the same exact tactics. He twisted truth while trying to draw out a quick and foolish decision. Adam and Even fell. Jesus did not. The difference was, Jesus used the promises of Scripture to fight the enemy. He meditated on the Word (He WAS the Word in the flesh), and He stood on that firm foundation.

The importance of the Word is not just to learn stuff, but to apply it as well. We must meditate on the Word so that when the enemy comes knocking, we have the firepower to withstand the flaming arrows!