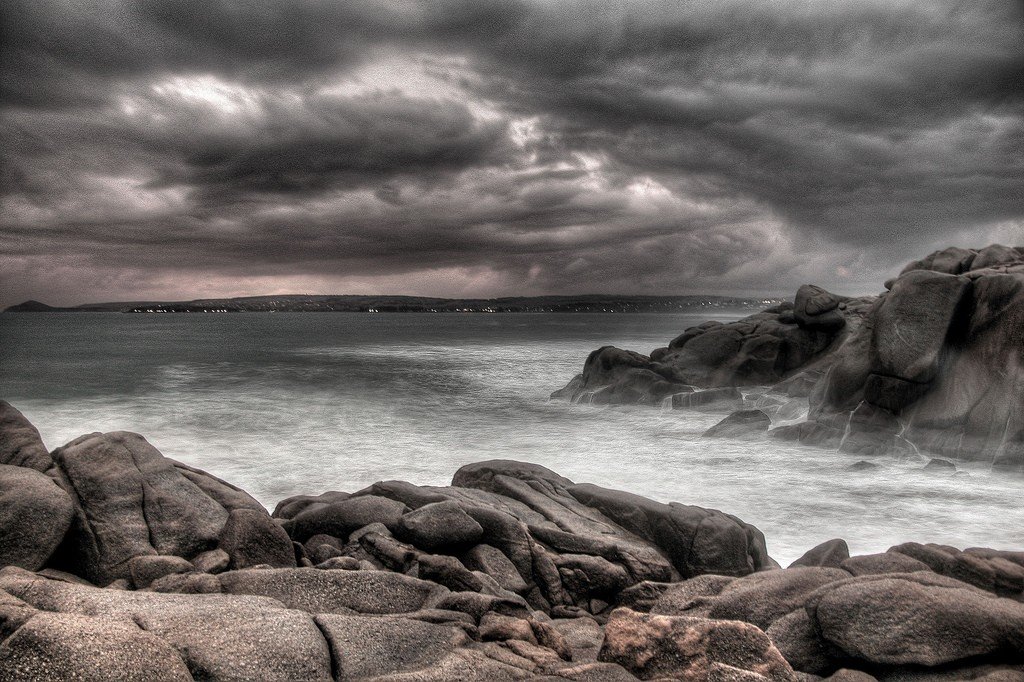 The Lord’s Comfort for Zion

51   “Listen to me, you who pursue righteousness,
you who seek the LORD:
look to the rock from which you were hewn,
and to the quarry from which you were dug.
Look to Abraham your father
and to Sarah who bore you;
for he was but one when I called him,
that I might bless him and multiply him.
For the LORD comforts Zion;
he comforts all her waste places
and makes her wilderness like Eden,
her desert like the garden of the LORD;
joy and gladness will be found in her,
thanksgiving and the voice of song.
“Give attention to me, my people,
and give ear to me, my nation;
for a law will go out from me,
and I will set my justice for a light to the peoples.
My righteousness draws near,
my salvation has gone out,
and my arms will judge the peoples;
the coastlands hope for me,
and for my arm they wait.
Lift up your eyes to the heavens,
and look at the earth beneath;
for the heavens vanish like smoke,
the earth will wear out like a garment,
and they who dwell in it will die in like manner;
but my salvation will be forever,
and my righteousness will never be dismayed.
“Listen to me, you who know righteousness,
the people in whose heart is my law;
fear not the reproach of man,
nor be dismayed at their revilings.
For the moth will eat them up like a garment,
and the worm will eat them like wool,
but my righteousness will be forever,
and my salvation to all generations.”
Awake, awake, put on strength,
O arm of the LORD;
awake, as in days of old,
the generations of long ago.
Was it not you who cut Rahab in pieces,
who pierced the dragon?
Was it not you who dried up the sea,
the waters of the great deep,
who made the depths of the sea a way
for the redeemed to pass over?
And the ransomed of the LORD shall return
and come to Zion with singing;
everlasting joy shall be upon their heads;
they shall obtain gladness and joy,
and sorrow and sighing shall flee away.
“I, I am he who comforts you;
who are you that you are afraid of man who dies,
of the son of man who is made like grass,
and have forgotten the LORD, your Maker,
who stretched out the heavens
and laid the foundations of the earth,
and you fear continually all the day
because of the wrath of the oppressor,
when he sets himself to destroy?
And where is the wrath of the oppressor?
He who is bowed down shall speedily be released;
he shall not die and go down to the pit,
neither shall his bread be lacking.
I am the LORD your God,
who stirs up the sea so that its waves roar—
the LORD of hosts is his name.
And I have put my words in your mouth
and covered you in the shadow of my hand,
establishing the heavens
and laying the foundations of the earth,
and saying to Zion, ‘You are my people.’”
Wake yourself, wake yourself,
stand up, O Jerusalem,
you who have drunk from the hand of the LORD
the cup of his wrath,
who have drunk to the dregs
the bowl, the cup of staggering.
There is none to guide her
among all the sons she has borne;
there is none to take her by the hand
among all the sons she has brought up.
These two things have happened to you—
who will console you?—
devastation and destruction, famine and sword;
who will comfort you?
Your sons have fainted;
they lie at the head of every street
like an antelope in a net;
they are full of the wrath of the LORD,
the rebuke of your God.
Therefore hear this, you who are afflicted,
who are drunk, but not with wine:
Thus says your Lord, the LORD,
your God who pleads the cause of his people:
“Behold, I have taken from your hand the cup of staggering;
the bowl of my wrath you shall drink no more;
and I will put it into the hand of your tormentors,
who have said to you,
‘Bow down, that we may pass over’;
and you have made your back like the ground
and like the street for them to pass over.”

Have you ever stood in the waters of a lake or river where the ground beneath was not solid?  The strange muck at the bottom acts almost like quicksand where no matter what you did to get free seemingly sunk you deeper.  Our weight pushes us down.  The muck surrounds first our feet then slowly creeps up our legs making things nearly impossible to move.  No matter what thrashing about to pull ourselves from that stance, sometimes it causes a deeper sinking.

This is how discouragement tends to work.  Situations that come in like a flood can find ourselves standing in muck.  No matter what we try we cannot get free.  Our efforts make our feet immovable. The weight of a situation sinks us deeper.  As in the case of such terror, for it can grow that way, what we need is another to offer a hand to help us out.

The people of Israel had been hammered.  God’s truth about what was coming, the discipline sure to follow in drawing them back to Him had brought personal discouragement.  They felt defeated.  Isaiah tells them to look past these things toward God’s work in the past and take comfort.  He had walked and led people throughout their history and even in their personal place now, He would do the same.  He would bring salvation to them.

Calling them from their slumber of discouragement God calls them to awaken.  He instructs them to look toward Him for their salvation.  He asks them to consider all the great works of the past, taking strength from God’s faithfulness and know He will be faithful for them as well.

What are the things that have brought discouragement to yourself these days?  What situation feels like you’re standing in the muck of a river where your feet continue to sink deeper?  What situation or personal struggle seems absolutely hopeless?

Redirect your thoughts back to the faithfulness of God.  Look back not only at the history of God working in such dire situations but in your own personal history.  Where has He been faithful in the hardest of times?  Where has He reached down bringing you from the rivers of discouragement before?  Look to these things.  Focus on His faithfulness.  Consider how loving He is and truly state and claim His working toward greater things in the middle of such discouragement.

In verse 9 of this chapter the writer appears to believe that the Lord is asleep.

Awake, awake, put on strength, O arm of the LORD; Awake as in the days of old, the generations of long ago. Was it not You who cut Rahab in pieces, Who pierced the dragon?

There is a lot going on here. First, the phrase “put on strength” is appealing to the 93rd Psalm where we read about God’s creation. His strength from His righteous right hand is referred to many times in Scripture.  Rahab is not the woman from Joshua but a sea creature that was said to have resisted God’s creation. This mythical serpent is also referenced in Job 7 and Psalm 74.

The imagery here undoubtedly refers to the destruction of Egypt. In fact, in Isaiah 30, Rahab the serpent is connected with Egypt.

Even Egypt, whose help is vain and empty. Therefore, I have called her “Rahab who has been exterminated.”

The entire verse poetically connects many historical facts about the Lord, but we are still left with one question. Why does the writer ask the Lord to awaken? Many of us have been in this kind of a situation. We know God has the power to act and we know He will be faithful to His promise, however, we are impatient. The writer, presumably Isaiah, is asking the Lord to act now with the same power as He has exemplified in Israel’s long history.

What’s fascinating to me is that the Lord meets Him right there by answering both of Isaiah’s requests to “Awake.”

“I, even I, am He who comforts you. Who are you that you are afraid of man who dies And of the son of man who is made like grass, 13 That you have forgotten the LORD your Maker, Who stretched out the heavens And laid the foundations of the earth, That you fear continually all day long because of the fury of the oppressor, As he makes ready to destroy? But where is the fury of the oppressor?’

I, even I, says the Lord. He reaffirms who He is and seals His future promises. He appeals to His long history of faithfulness and returns a question to Isaiah. When I am your Lord, why do you continually fear your oppressor? The very same question could be asked of us today. If God is truly your God, what do you have to fear?