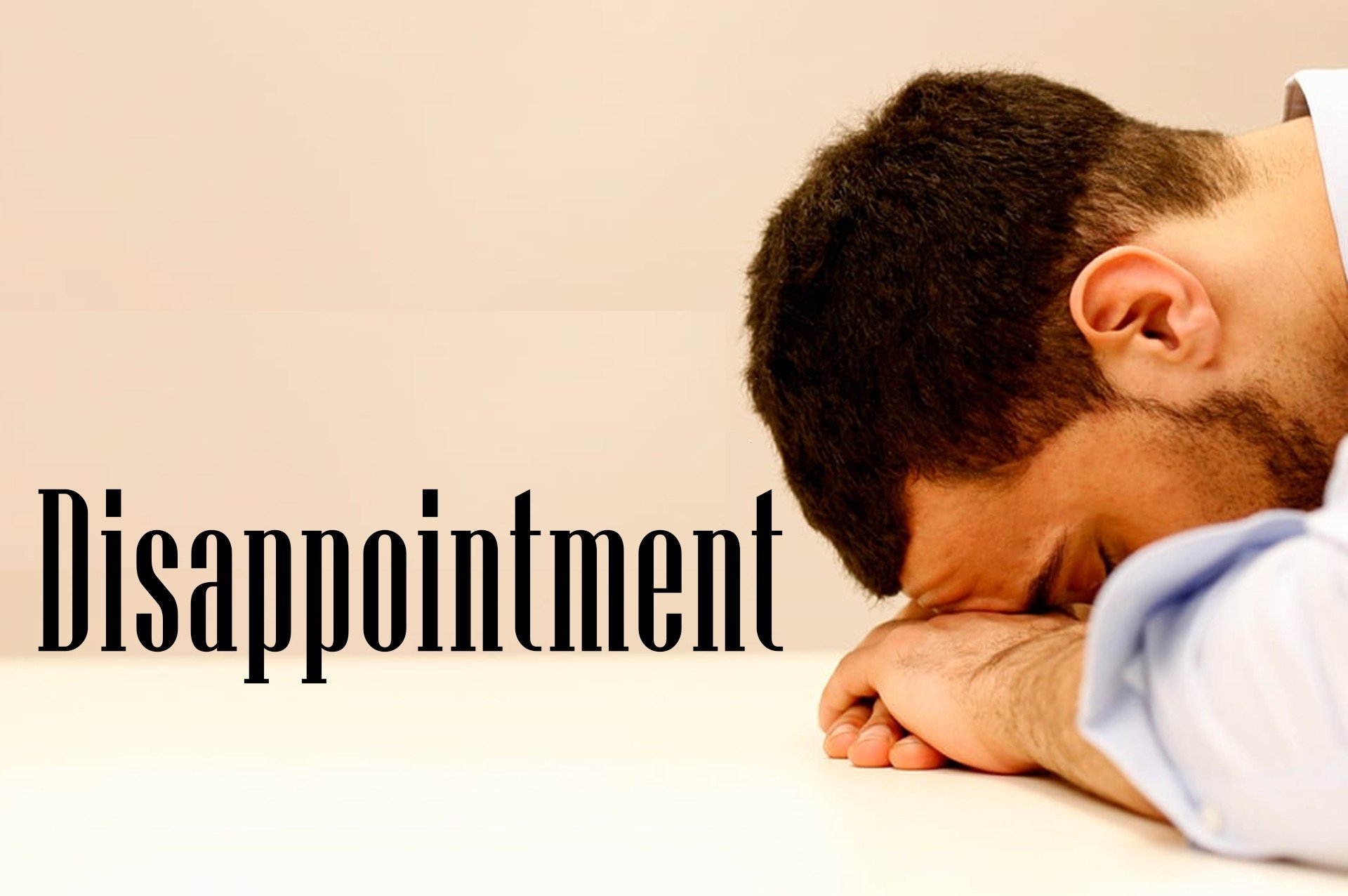 The Lord Will Not Relent

15 Then the LORD said to me, “Though Moses and Samuel stood before me, yet my heart would not turn toward this people. Send them out of my sight, and let them go! And when they ask you, ‘Where shall we go?’ you shall say to them, ‘Thus says the LORD:

I will appoint over them four kinds of destroyers, declares the LORD: the sword to kill, the dogs to tear, and the birds of the air and the beasts of the earth to devour and destroy. And I will make them a horror to all the kingdoms of the earth because of what Manasseh the son of Hezekiah, king of Judah, did in Jerusalem.

“Who will have pity on you, O Jerusalem,
or who will grieve for you?
Who will turn aside
to ask about your welfare?
You have rejected me, declares the LORD;
you keep going backward,
so I have stretched out my hand against you and destroyed you—
I am weary of relenting.
I have winnowed them with a winnowing fork
in the gates of the land;
I have bereaved them; I have destroyed my people;
they did not turn from their ways.
I have made their widows more in number
than the sand of the seas;
I have brought against the mothers of young men
a destroyer at noonday;
I have made anguish and terror
fall upon them suddenly.
She who bore seven has grown feeble;
she has fainted away;
her sun went down while it was yet day;
she has been shamed and disgraced.
And the rest of them I will give to the sword
before their enemies,
declares the LORD.”

Woe is me, my mother, that you bore me, a man of strife and contention to the whole land! I have not lent, nor have I borrowed, yet all of them curse me. The LORD said, “Have I not set you free for their good? Have I not pleaded for you before the enemy in the time of trouble and in the time of distress? Can one break iron, iron from the north, and bronze?

“Your wealth and your treasures I will give as spoil, without price, for all your sins, throughout all your territory. I will make you serve your enemies in a land that you do not know, for in my anger a fire is kindled that shall burn forever.”

O LORD, you know;
remember me and visit me,
and take vengeance for me on my persecutors.
In your forbearance take me not away;
know that for your sake I bear reproach.
Your words were found, and I ate them,
and your words became to me a joy
and the delight of my heart,
for I am called by your name,
O LORD, God of hosts.
I did not sit in the company of revelers,
nor did I rejoice;
I sat alone, because your hand was upon me,
for you had filled me with indignation.
Why is my pain unceasing,
my wound incurable,
refusing to be healed?
Will you be to me like a deceitful brook,
like waters that fail?
Therefore thus says the LORD:
“If you return, I will restore you,
and you shall stand before me.
If you utter what is precious, and not what is worthless,
you shall be as my mouth.
They shall turn to you,
but you shall not turn to them.
And I will make you to this people
a fortified wall of bronze;
they will fight against you,
but they shall not prevail over you,
for I am with you
to save you and deliver you,
declares the LORD.
I will deliver you out of the hand of the wicked,
and redeem you from the grasp of the ruthless.”

Disappointment is hard.  Especially when we feel as though we’ve done everything God asked of us to do and yet nothing is working.  Our hopes of things changing didn’t happen.  Our desire to see burdens have a beautiful ending and resolution brought nothing but more sorrow.  In such times our eyes have slipped toward the tangible or possible outcome which speaks such hopelessness.

Jeremiah had taken his eyes off God.  He had lost his perspective on His purposes and what all He was doing even through the hardship to come to the people.  Let’s face it, he felt sorry for himself.  Here he had done everything God had asked, even though he had been told the people would reject.  He had been faithful to the call and was hated by the people for speaking truth but had not wavered.  But as God was not relenting on His words to Jeremiah he was getting worn down by the reality of life.  Angry, hurt and afraid Jeremiah felt like he was at the end of his rope.

Remarkably, God didn’t get angry with Jeremiah. Instead He refocused His thoughts.  The reality was he was called to influence the people not the other way around.

There’s a lesson here for each of us.  We all go through such times of feeling overwhelmed and yes even angry at God for doing what is right with no return, or so we perceive.  Where we need to look at such times is who is influencing who?  Who are we really putting our trust in?  These are hard things to wrestle through but miraculously we have the Holy Spirit who will guide us on such points when we look to Him to do so.

If you are in the place even right now – remember God can take your anger.  He can take your disappointment.  Be honest with the feelings you have.  But don’t get stuck there.  Continue to work through what God is asking.  Seek Him and not the outcomes of man.  Allow Him to strengthen you.

The insecurities of Jeremiah are starting to show. He’s really stuck between a rock and hard place. He knows he needs to continue to obey God, but it’s costing him so much with his people. Ultimately, he’s worried it’s going to cost him his life. The thing I love about God here is that He never rebukes Jeremiah for what he doesn’t know. In fact, he doesn’t even call out Jeremiah’s weaknesses. He does, however, challenge him on his lack of faith and slowness to believe.

I think this is interesting as most of us would say we would follow God no matter what. Let’s put this into realistic terms in relation to Jeremiah’s situation. What if your family, friends, and all those in your city turned against you and viewed you as a complete outcast? The people who you are supposed to be leading refuse to listen to anything you say and continue down their wayward path. The mental and emotional exhaustion of this is enough to make a man insane! And through this, God is asking for faith. He’s asking Jeremiah to trust him. He’s offering His protection. But it will come with a cost, for sure.

Jeremiah has been chosen for this moment. He has been groomed from a young age and chosen by God to do good works through Him. God never said it would be easy. Look, each of us has a ministry. How would you respond to a ministry in which absolutely no one is listening to you or respecting your words? How would you feel if you knew that your purpose was to inform those you love of their dark road to exile? What kind of an effect does it have emotionally, mentally, and spiritually to have a burden for those who refuse to listen to anything you have to say?

The hope and protection God offers at the end of this chapter is more than enough.

I will make you like a solid bronze wall as far as they are concerned. They will fight against you, but they will not defeat you. I will be with you to protect you and keep you safe. 21 I will rescue you from the power of wicked and violent people. I, the LORD, have spoken.”

Do you believe that right now? Will you follow him despite what it may cost you?

It’s acceptable to protest like Jeremiah. It’s understandable to question and wrestle. But when it comes down to the final decision of obedience, if we are to be like Him, then we must show our faith to be true by following through until the very end. Wrestling and protesting do not necessarily equal disobedience, especially if we stay close in our relationship with God. Do not be discouraged if you are there. Jeremiah was too. When we step out in faith with obedience, He will protect and provide!