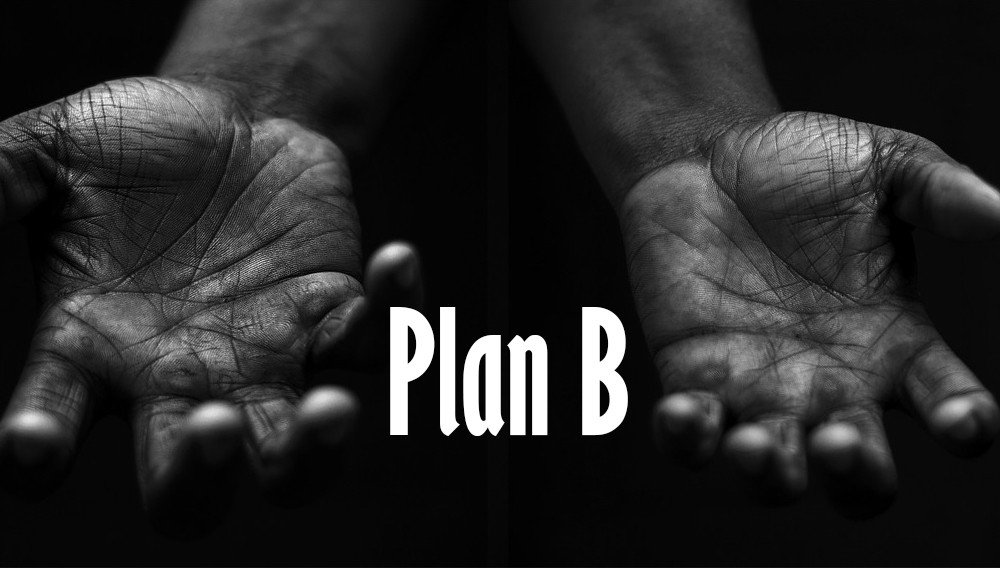 41 In the seventh month, Ishmael the son of Nethaniah, son of Elishama, of the royal family, one of the chief officers of the king, came with ten men to Gedaliah the son of Ahikam, at Mizpah. As they ate bread together there at Mizpah, Ishmael the son of Nethaniah and the ten men with him rose up and struck down Gedaliah the son of Ahikam, son of Shaphan, with the sword, and killed him, whom the king of Babylon had appointed governor in the land. Ishmael also struck down all the Judeans who were with Gedaliah at Mizpah, and the Chaldean soldiers who happened to be there.

On the day after the murder of Gedaliah, before anyone knew of it, eighty men arrived from Shechem and Shiloh and Samaria, with their beards shaved and their clothes torn, and their bodies gashed, bringing grain offerings and incense to present at the temple of the LORD. And Ishmael the son of Nethaniah came out from Mizpah to meet them, weeping as he came. As he met them, he said to them, “Come in to Gedaliah the son of Ahikam.” When they came into the city, Ishmael the son of Nethaniah and the men with him slaughtered them and cast them into a cistern. But there were ten men among them who said to Ishmael, “Do not put us to death, for we have stores of wheat, barley, oil, and honey hidden in the fields.” So he refrained and did not put them to death with their companions.

Now the cistern into which Ishmael had thrown all the bodies of the men whom he had struck down along with Gedaliah was the large cistern that King Asa had made for defense against Baasha king of Israel; Ishmael the son of Nethaniah filled it with the slain. Then Ishmael took captive all the rest of the people who were in Mizpah, the king’s daughters and all the people who were left at Mizpah, whom Nebuzaradan, the captain of the guard, had committed to Gedaliah the son of Ahikam. Ishmael the son of Nethaniah took them captive and set out to cross over to the Ammonites.

People suffer when another individual sins.  The ripple effect is far-reaching.  Often we don’t think along these lines due to our own waywardness, but the ramifications of our own willful belligerence and outright sin will affect those we love.

In this historical account of the politics of the time, let’s remind ourselves the people of Israel found themselves where they were due to their own sin.  After Babylon had captured Jerusalem Gedaliah was appointed the governor.  He had been warned he would be assassinated but chose to let these words pass and became lax.  And at first, it may have seemed as though things were going to at least be bearable.  But this would be completely thrown down when Ishmael sought revolt through killing not only Gedaliah but other Jews present.  His ruthlessness was not just contained to this event.  Pretending to be in mourning, he went on his next slaughtering expedition killing more and took captive the people who survived living in Mizpah.

Who would seemingly rise up as a leader was Johanan, but he too would forsake the words of Jeremiah previously stated.  He would lead the survivors toward Egypt where they thought they would find their lives intact.  Jeremiah had specifically stated in Jeremiah 42 they were to stay in their land and not go there.  But Johanan’s opinion is what mattered in the wake of the murderous chaos.

There is something to be said about these going down to Egypt.  Egypt is what they had been delivered from.  To me, the idea is often in our own misguided mindset we too flirt with if not make the move to go back to things God has set us free from.  They were purposely returning to their temptation.  So driven by fear, they thought this was the best option.

Unfortunately, this mindset is seen in people today.  First, we too can become indifferent to warnings given and in the end, let our guard down be overtaken.  A second thought is many times circumstances lead us first in thought than in action to return to which we’ve been delivered from.  We may even justify such actions.  And so much like the Israelite’s we camp on the border of our own Egypt.  This too sets the stage for tremendous failure in our lives.

The callings of God are hard to follow, in particular when things unexpectedly happen or we get thrown by some horrific circumstance that changes our thinking.  If anything, it is a reminder that we are to continue to maintain our relationship with God, being deeply intimate with Him as we wade into what is unfolding.  If not, we too will make drastic mistakes and possibly even make the move to return to which we were delivered.  These decisions that we make cause others to suffer through our willful disobedience.

The scene here in chapter 41 is reminiscent of a Hollywood blockbuster action movie. The nation is already mourning the total destruction of Jerusalem, and with a dramatic twist, the body count continues to rise as the suffering is intensified.

We pick up the chapter with Gedaliah still in charge. If you remember, he is a Babylonian governor set to rule over the nation of Judah during this time. However, he must have been a fair and honest man, because the nation regrouped under him and the remnant of Israel were not afraid to come back and serve under him even though he was from Babylon. It was not uncommon for a nation to kill everything when invading, leaving no one alive and burning the place to the ground. Gedaliah did not do this, however, he also did not exhibit any form of street smarts.

After being warned of his assassination, he brushes it off and welcomes Ishmael (a traitor paid by the nation of Ammon) into his presence. He and his family are slaughtered. Why would Ishmael want Gedaliah dead?

First off, if we look back to Jeremiah chapter 27, we can see one answer. God had chosen for the nation of Babylon to rule over all others, and had used Jeremiah symbolically to represent the yoke in which all nations must saddle their necks. Nebuchadnezzar and Babylon would rule this era. Verse 3 of chapter 27 includes all who would be subject to this plan…”and send word to the king of Edom, to the king of Moab, to the king of the sons of Ammon, to the king of Tyre and to the king of Sidon by the messengers who come to Jerusalem to Zedekiah king of Judah.”

So you see, the sons of the king of Ammon were certainly not pleased with this. This is why they agree to pay the rebel Ishmael to murder Gedaliah.

The second reason is simple. Ishmael was a descendant of David (2 Samuel 5:16) and a relative of King Zedekiah who had just been horribly tortured by Babylon. His entitlement of royal blood coupled with his “patriot” attitude would fuel him to stop at nothing in reversing the absolute humility that came from the Babylonian invasion.

So, in the end, this plot would benefit both Ammon as well as Ishmael and an unlikely alliance is made. Chapter 41 is the completion of this plan.

There is so much going on in this chapter, but I was most drawn to the actions of Ishmael. The takeaway for me today is that no matter how entitled we think that we are to something, it should never rule above the authority of God in our lives. Ishmael took matters into his own hands because he refused to trust the plan of God. It is not out of the question to consider that God used Nebuchadnezzar’s pride, arrogance, and ego to both discipline His people and also change king’s attitude toward the one True God.

We don’t always understand God’s plan, but we must not fight against it. We must believe, like Jeremiah, that God works for the good of those who love him, and have been called according to his purpose.