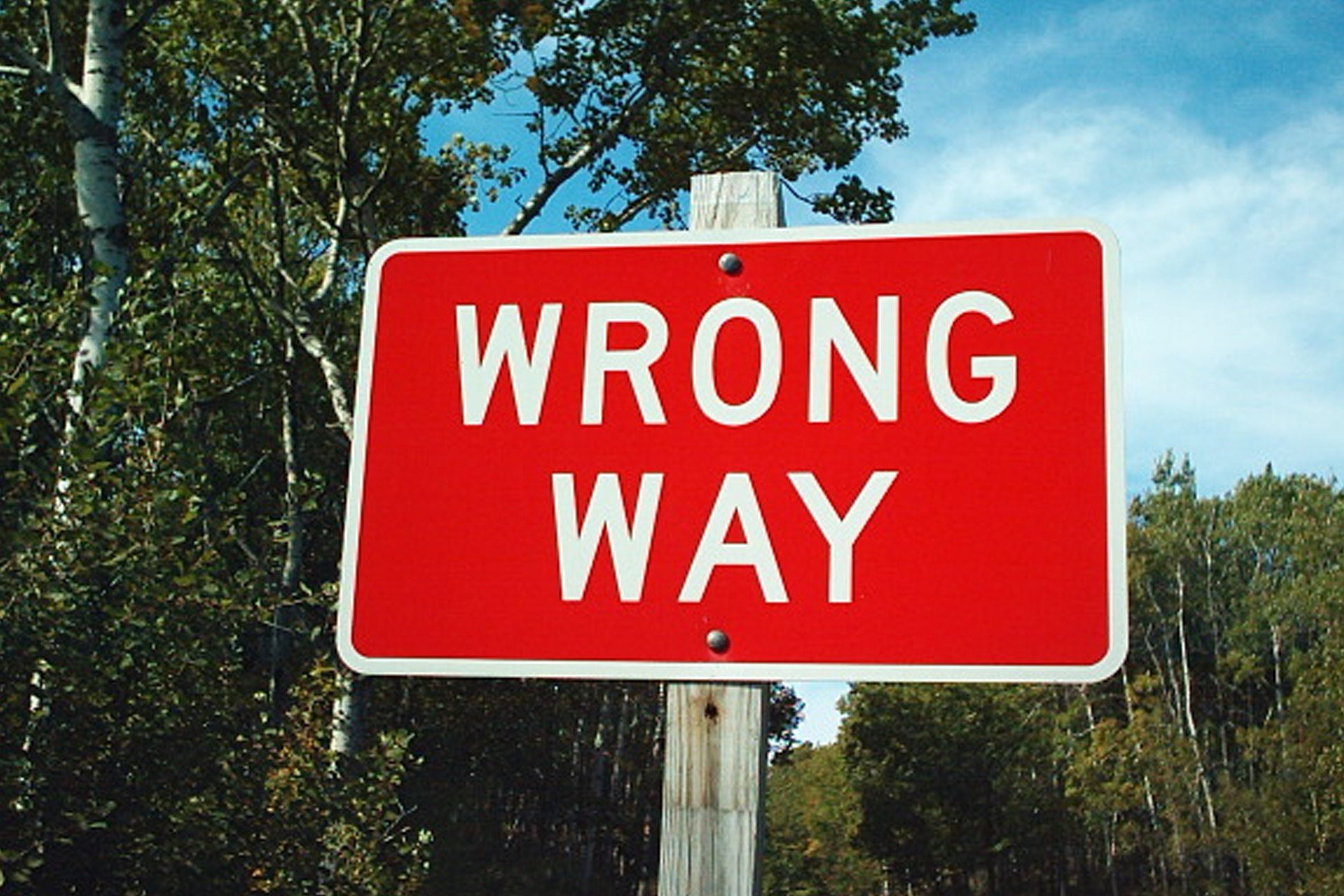 Evil in the Land

“Behold, you trust in deceptive words to no avail. Will you steal, murder, commit adultery, swear falsely, make offerings to Baal, and go after other gods that you have not known, and then come and stand before me in this house, which is called by my name, and say, ‘We are delivered!’—only to go on doing all these abominations? Has this house, which is called by my name, become a den of robbers in your eyes? Behold, I myself have seen it, declares the LORD. Go now to my place that was in Shiloh, where I made my name dwell at first, and see what I did to it because of the evil of my people Israel. And now, because you have done all these things, declares the LORD, and when I spoke to you persistently you did not listen, and when I called you, you did not answer, therefore I will do to the house that is called by my name, and in which you trust, and to the place that I gave to you and to your fathers, as I did to Shiloh. And I will cast you out of my sight, as I cast out all your kinsmen, all the offspring of Ephraim.

“As for you, do not pray for this people, or lift up a cry or prayer for them, and do not intercede with me, for I will not hear you. Do you not see what they are doing in the cities of Judah and in the streets of Jerusalem? The children gather wood, the fathers kindle fire, and the women knead dough, to make cakes for the queen of heaven. And they pour out drink offerings to other gods, to provoke me to anger. Is it I whom they provoke? declares the LORD. Is it not themselves, to their own shame? Therefore thus says the Lord GOD: Behold, my anger and my wrath will be poured out on this place, upon man and beast, upon the trees of the field and the fruit of the ground; it will burn and not be quenched.”

Thus says the LORD of hosts, the God of Israel: “Add your burnt offerings to your sacrifices, and eat the flesh. For in the day that I brought them out of the land of Egypt, I did not speak to your fathers or command them concerning burnt offerings and sacrifices. But this command I gave them: ‘Obey my voice, and I will be your God, and you shall be my people. And walk in all the way that I command you, that it may be well with you.’ But they did not obey or incline their ear, but walked in their own counsels and the stubbornness of their evil hearts, and went backward and not forward. From the day that your fathers came out of the land of Egypt to this day, I have persistently sent all my servants the prophets to them, day after day. Yet they did not listen to me or incline their ear, but stiffened their neck. They did worse than their fathers.

“‘Cut off your hair and cast it away;
raise a lamentation on the bare heights,
for the LORD has rejected and forsaken
the generation of his wrath.’

The Valley of Slaughter

“For the sons of Judah have done evil in my sight, declares the LORD. They have set their detestable things in the house that is called by my name, to defile it. And they have built the high places of Topheth, which is in the Valley of the Son of Hinnom, to burn their sons and their daughters in the fire, which I did not command, nor did it come into my mind. Therefore, behold, the days are coming, declares the LORD, when it will no more be called Topheth, or the Valley of the Son of Hinnom, but the Valley of Slaughter; for they will bury in Topheth, because there is no room elsewhere. And the dead bodies of this people will be food for the birds of the air, and for the beasts of the earth, and none will frighten them away. And I will silence in the cities of Judah and in the streets of Jerusalem the voice of mirth and the voice of gladness, the voice of the bridegroom and the voice of the bride, for the land shall become a waste.

It’s a smorgasbord of faith.  Some pick and choose what they want from various religions and mix them together.  They like the teachings of Jesus but also enjoy the words of Buddha and thoughts that come from Hinduism.  They mix these false religions into their own Christianity and think it’s okay.  It’s not and absolutely wrong.  It is also one of the greatest deceptions the enemy uses today.

Following Jesus is not a buffet of sorts.  It’s an all or nothing commitment.  It’s embracing the great things He teaches but yes, also taking to heart and implementing the very difficult words He has as well.  There is absolutely no room for the deception of Buddha and Hinduism.

I wonder at times as to what it will take for those who mix it all up to truly become committed faithful followers.  More than likely, as the historical aspect of Israel, reveals it will take being stripped of everything, possibly taken into bondage for a season until they see who God really is and what demand He places on them to serve Him and Him alone.

He addresses the false religions that had become a part of the people.  His words are cutting and to the point:  “You are trusting in deceptive words that are worthless.”  (Jeremiah 7:8)  In chapter 2 He said they had become worthless themselves because of these actions.

Imagine being called worthless by God?  It seems so harsh but shows the absolute requirement He holds for each of us in our commitment.  He doesn’t mess around.

You see, the Israelite’s wanted the best of both worlds.  Whatever the allurement was of Baal worship, the following of the Queen of Heaven being Ishtar, they wanted to mix it up. Obviously, there were many sexual aspects to these false religions of which they followed but somehow along the way they made it ‘okay’ to do so.  They simply picked and chose what they would follow.  Their idolatry had taken them to shameless and debased behavior, justification on every level.  They chose to follow the stubbornness of their hearts and as the chapter comes to a close He warns of terrible things coming because they had not followed Him completely.

Honestly, God’s opinion on this matter has not changed.  He wants full commitment to Him and His Son.  Not taking parts of other New Age thought and philosophy and mixing it together.  He is offended, and rightfully so.  He sent His only Son to take upon the sins of the world and die in our place.  That sacrifice was brutal and beyond comprehension for all of us.  We cheapen the ways of God and the sacrifice of Jesus when we embrace false religions that tickle our ears and deceive our hearts.

A lot of people act like the God of the Old Testament and the God of the New Testament is simply not the same being. Although they may call Him God, they live as if He’s changed His mind. This is evident in the way we love a grace-heavy approach to all kinds of situations. I am guilty of it, and I’m sure you have been too. We emphasize the grace aspect of God’s character and skip over the hard truth.

Here in Jeremiah 7, we get to explore a modern-day attitude in an ancient era. The people just don’t believe in God’s truth. They refuse to believe that He will follow through with what He’s said. I deal with this a lot with my 4-year old. She will test every boundary and scratch and claw for control. At times, she will express to me that she is unhappy with how I held true to my word with a certain consequence or punishment. We read here that the people express the same thing to God.

This is a very difficult but critical teaching. The people believed that because they were God’s chosen and because He had cared for them and protected them over the years, He would never allow anything bad to happen to them. They thought their temple was invincible. The difficult part of this teaching is that it is undoubtedly true that God loves us. There is absolute proof of his grace in the person of Jesus Christ. Grace trumps sin. This is all true.

In my understanding of Scripture, there is a critical difference between forgiveness and holiness and this is where I believe people get confused. God’s desire is to forgive us but He also desires for us to be holy. We can’t have one without the other. We can’t sacrifice one for the other. Just because we are covered in forgiveness does not mean we are necessarily pursuing holiness. In fact, to take advantage of grace in that way really illustrates a fundamental misunderstanding in regard to how Jesus lived His entire life. Jesus lived grace and truth.

The problem we get ourselves into today is that we can easily fall into the same attitude as the Israelites. “Since God loves me and forgives me, He won’t REALLY allow difficult situations to occur in my life.” This is the beginning of compromise which leads to a slippery slope. God loved His people enough to discipline them. That’s the bottom line. Without an expectation and standard of truth, there is no need for grace. God will discipline those He loves. We must look forward to it and expect it.

Lord, don’t let us off the hook. Give us a desire to pursue holiness and intensify Your Holy Spirit in our lives. Help us to resist minimizing your truth in our lives and give us a healthy fear of Your Presence!