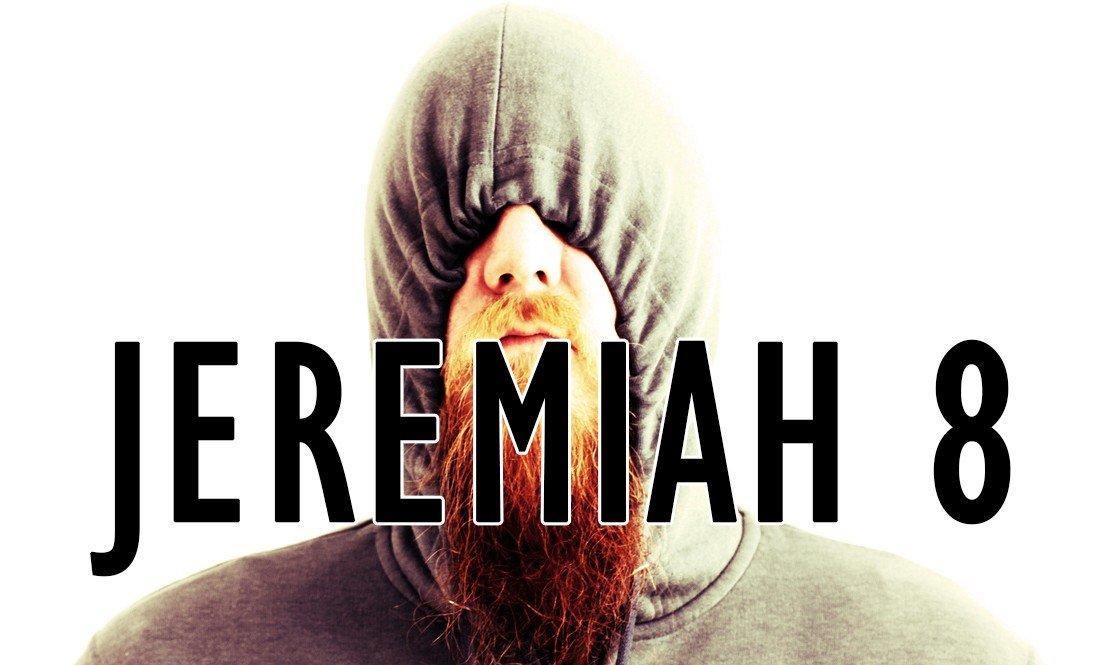 “You shall say to them, Thus says the LORD:
When men fall, do they not rise again?
If one turns away, does he not return?
Why then has this people turned away
in perpetual backsliding?
They hold fast to deceit;
they refuse to return.
I have paid attention and listened,
but they have not spoken rightly;
no man relents of his evil,
saying, ‘What have I done?’
Everyone turns to his own course,
like a horse plunging headlong into battle.
Even the stork in the heavens
knows her times,
and the turtledove, swallow, and crane
keep the time of their coming,
but my people know not
the rules of the LORD.
“How can you say, ‘We are wise,
and the law of the LORD is with us’?
But behold, the lying pen of the scribes
has made it into a lie.
The wise men shall be put to shame;
they shall be dismayed and taken;
behold, they have rejected the word of the LORD,
so what wisdom is in them?
Therefore I will give their wives to others
and their fields to conquerors,
because from the least to the greatest
everyone is greedy for unjust gain;
from prophet to priest,
everyone deals falsely.
They have healed the wound of my people lightly,
saying, ‘Peace, peace,’
when there is no peace.
Were they ashamed when they committed abomination?
No, they were not at all ashamed;
they did not know how to blush.
Therefore they shall fall among the fallen;
when I punish them, they shall be overthrown,
says the LORD.
When I would gather them, declares the LORD,
there are no grapes on the vine,
nor figs on the fig tree;
even the leaves are withered,
and what I gave them has passed away from them.”
Why do we sit still?
Gather together; let us go into the fortified cities
and perish there,
for the LORD our God has doomed us to perish
and has given us poisoned water to drink,
because we have sinned against the LORD.
We looked for peace, but no good came;
for a time of healing, but behold, terror.
“The snorting of their horses is heard from Dan;
at the sound of the neighing of their stallions
the whole land quakes.
They come and devour the land and all that fills it,
the city and those who dwell in it.
For behold, I am sending among you serpents,
adders that cannot be charmed,
and they shall bite you,”
declares the LORD.

Jeremiah Grieves for His People

One of the hardest things on our journey can be determining the will of God.

I remember when I was in Cyprus and God began messing with me to return to the States.  It honestly made no sense. I had been there 7 years and in the last few had undergone a pretty severe persecution and had come out on the other end of it.  God had been insanely faithful through all that turmoil.  In fact, that last year while there it had become such a sweet time.  So when He began speaking to me it was the last thing I wanted to hear.

That Christmas I had gone to London to spend time with friends and while there even though I had these inklings I purchased many things for the future back home in Nicosia.  You see, I was determined to stay.  But as January rolled in and February followed I was miserable.  Finally, I reached out to someone completely away from the situation and sought advice.  I’m not sure what I was wanting but, in retrospect, it was more affirmation of staying.  You see, I wanted to hear what I wanted to hear and thought David would give it.  I was in for a surprise.

He asked several pointed questions and in the end asked, “Where’s your peace in staying Hank?”  Well, it was obvious there was none.  His advice?  “Then what I challenge you to make a decision in your heart to come home.  Tell no one.  Live in that decision.  If there is a peace from God that comes, there is your answer.”

I remember I laid on my marble floor of my flat after the conversation and wept and wept.  I didn’t want to leave.  Down deep I knew what God was asking but didn’t want to follow through.  But in that time I laid it all down and said to Him I would return.  Within just a few hours and the days that followed a peace came over me I had never had.  In fact, strangely I began to get excited about this new adventure back in the States wherever I would land.  I didn’t go public with the decision for 2 weeks to confirm what I felt.  And when I did it was met with questions and concerns about my returning but I had already settled the matter.

I have used this measuring stick on many a tough decision.  After wrestling with what I want, I have laid it down and made a decision in my mind to do what I sensed God was asking and see if peace would come.  That is what has helped me know I was on His track and not mine.

Jeremiah 8 speaks toward the people of God who are headed in the wrong direction.  They live like they’re fine okay but as verse 11 says, “Peace, peace, when there is no peace.”  Verse 15 says, “We hoped for peace but no good has come…”

Their being out of the will of God led to lack of peace.  Even though they attempted to make it happen it was still not there.  God had been calling this nation to repentance but they simply dug in their heels and refused.  A lack of peace was the fruit of their decision.  They deceived themselves thinking things would get better when in actuality the consequences of their choices would absolutely not make that the case.

We can easily lose perspective for what we believe the will of God is for our lives.  Many times this is due to our own selfish outlook and desire.  For yourself, are there signs even right now with a lack of peace that it’s time to lay something down and go in the opposite direction; the direction God wants you to go?

I love the Good News Bible translation of this chapter.

The LORD told me to say to his people, “When someone falls down, doesn’t he get back up? If someone misses the road, doesn’t he turn back? 5 Why then, my people, do you turn away from me without ever turning back? You cling to your idols and refuse to return to me.

The thing is, some people will never learn until the Lord fights against them. It sounds so brutal, but it’s true. Just take a moment and consider the battles that you have fought and what it took for God to finally wrestle you down on them. When this happens with me, I don’t listen to people. I suppress the Holy Spirit and justify my behavior. I get defensive and become emotional. Some even justify it by twisting Scripture. In the end, the Lord allowed me to experience deep heartache and sorrow that led to repentance.

And here’s the other thing. I guarantee you there is something He’s wrestled you down on right now. You may not know it, but I bet it’s there. I know many people who can’t take criticism. I mean, seriously, who likes to be criticized? I’m not talking about criticism from the world, but confrontation from fellow believers. If we can’t take an honest look at ourselves after that, what makes us think we will bend the knee when the Lord speaks to us?

I listened carefully, but you did not speak the truth. Not one of you has been sorry for your wickedness; not one of you has asked, ‘What have I done wrong?’ Each of you keep on going your own way, like a horse rushing into battle.

I don’t believe the answers to these questions are subjective. I know that when we seek the Lord He is faithful to direct us. We will find Him when we seek with our whole heart. Our whole heart includes asking ourselves the tough question like, “What have I done wrong?”

Lord, I don’t want to deceive myself. Give me eyes to see how my own ways do not line up with Yours.