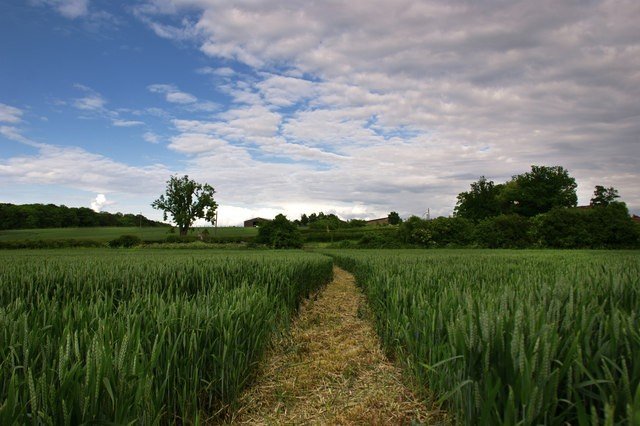 Now Zelophehad the son of Hepher, son of Gilead, son of Machir, son of Manasseh, had no sons, but only daughters, and these are the names of his daughters: Mahlah, Noah, Hoglah, Milcah, and Tirzah. They approached Eleazar the priest and Joshua the son of Nun and the leaders and said, “The LORD commanded Moses to give us an inheritance along with our brothers.” So according to the mouth of the LORD he gave them an inheritance among the brothers of their father. Thus there fell to Manasseh ten portions, besides the land of Gilead and Bashan, which is on the other side of the Jordan, because the daughters of Manasseh received an inheritance along with his sons. The land of Gilead was allotted to the rest of the people of Manasseh.

Then the people of Joseph spoke to Joshua, saying, “Why have you given me but one lot and one portion as an inheritance, although I am a numerous people, since all along the LORD has blessed me?” And Joshua said to them, “If you are a numerous people, go up by yourselves to the forest, and there clear ground for yourselves in the land of the Perizzites and the Rephaim, since the hill country of Ephraim is too narrow for you.” The people of Joseph said, “The hill country is not enough for us. Yet all the Canaanites who dwell in the plain have chariots of iron, both those in Beth-shean and its villages and those in the Valley of Jezreel.” Then Joshua said to the house of Joseph, to Ephraim and Manasseh, “You are a numerous people and have great power. You shall not have one allotment only, but the hill country shall be yours, for though it is a forest, you shall clear it and possess it to its farthest borders. For you shall drive out the Canaanites, though they have chariots of iron, and though they are strong.”

There is an interesting comparison to be noted in the attitudes of the different tribes and the division of land.  With Caleb, he took what was laid out and moved forward boldly.  He fulfilled the plan God had for him and his ancestors.  As a warrior, he was confident that God, who had promised things, would fulfill them and drove the wicked inhabitants out so he could occupy the land.

In complete contrast we have the two tribes of Joseph who were given land that was rich and prosperous.  Yet, instead of moving boldly forward in claiming their inheritance, they were stunted by fear and failed to take full possession.

In fact, they begged for more land.  Wisely Joshua asked to prove their sincerity and clean up the forest areas where the Canaanites lived.  We get a hint as well here of the Canaanites war abilities.  They had chariots and weapons of iron that gave them physical strength in the battle.  In the end, they failed the challenge as the book of Judges tells us they did not carry through with the task.

I believe we’re all given tasks to accomplish.  God, who as the Master Planner of our lives and destinies, lays out lands for us to conquer.  As we know the taking and claiming of God’s promises are hard at times.  The battle gets hot.  Caleb was so focused on what God had promised, he never gave up.  The 2 tribes of Joseph were so overrun by fear, they settled. Sure what land they were given was very good… but their lack of carry through ended up being a thorn and downfall as the book of Judges reveals.

Settling for the good is not what God asks.  In the ever increasing challenge to our faith, God calls us toward things, purposes and people who may seem beyond our ability.  This is purposeful as it’s the making of our spiritual character and strengthens our faith in Him.  If we settle for the good of what we currently have, we will never possess the great of where He’s calling.

Here is what God had decided regarding the daughters…

“Zelophehad’s daughters are right. Give them land as an inheritance among their father’s relatives. Give them their father’s inheritance.  8  “Then tell the People of Israel, If a man dies and leaves no son, give his inheritance to his daughter.  9  If he has no daughter, give it to his brothers.  10  If he has no brothers, give it to his father’s brothers.  11  If his father had no brothers, give it to the nearest relative so that the inheritance stays in the family. This is the standard procedure for the People of Israel, as commanded by GOD through Moses.”

Also in this chapter, we see tribesmen of Manesseh complaining that they didn’t receive enough land, partly due to the fact that the Canaanites still lived there and they claimed they were unable to drive them out.

Here is the particular complaint…

Joshua solves the problem by giving them more land in the forest to clear, but also promises them that if they were to battle the Canaanites, they would surely drive them out. This, again, was the difference between strong and weak leaders in Israel.

Back in Deuteronomy, God spoke to them about this exact issue!

“When you go out to fight against your enemies and you see chariots and horses and an army that outnumbers yours, do not be afraid of them. The LORD your God, who rescued you from Egypt, will be with you. 2 Before you start fighting, a priest is to come forward and say to the army, 3 ‘Men of Israel, listen! Today you are going into battle. Do not be afraid of your enemies or lose courage or panic. 4 The LORD your God is going with you, and he will give you victory.’

They were commanded NOT to be afraid, even of iron chariots and being vastly outnumbered. They have obviously already forgotten about Egypt.

When God gives a mission and a promise, He means it. In this case, He doesn’t need to soften anything for these people. They have everything they need to accomplish the task in front of them. Similarly, many today make all kinds of excuses as to why they can’t follow through with what God has asked.

It’s pretty convicting when you go to the book of Acts and see the boldness, power and authority which the apostles demonstrated time and time again with zero excuses. We have Jesus’ sacrifice. We have the Holy Spirit. We have a restored relationship with our Creator. We have all we need to move forward in this battle.