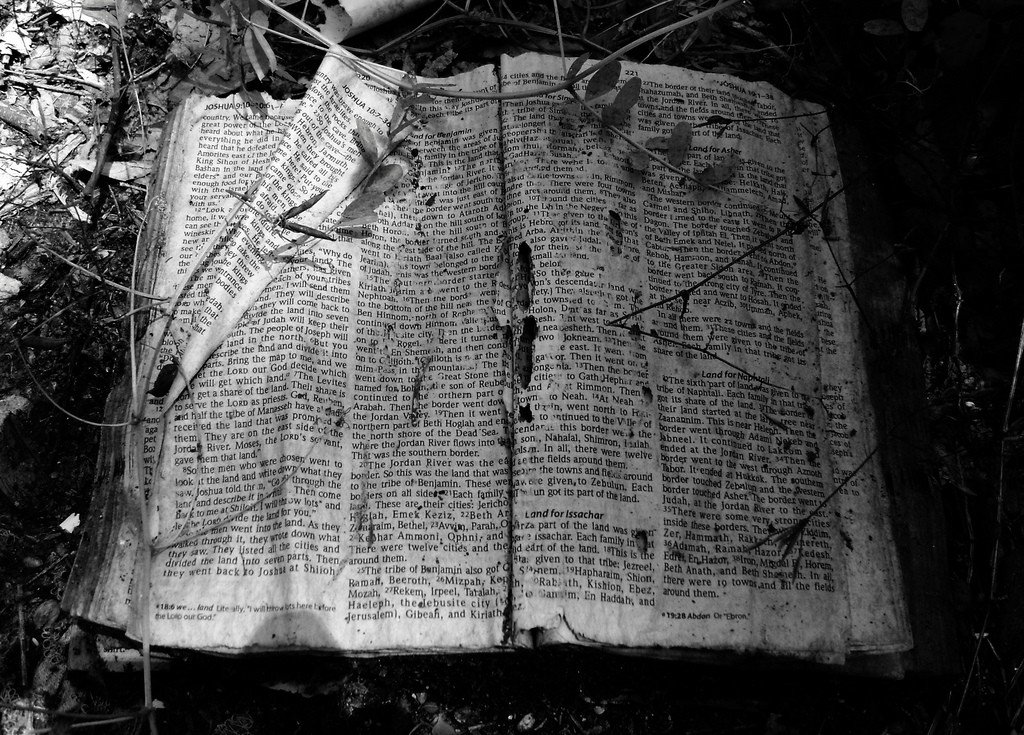 Allotment of the Remaining Land

18 Then the whole congregation of the people of Israel assembled at Shiloh and set up the tent of meeting there. The land lay subdued before them.

There remained among the people of Israel seven tribes whose inheritance had not yet been apportioned. So Joshua said to the people of Israel, “How long will you put off going in to take possession of the land, which the LORD, the God of your fathers, has given you? Provide three men from each tribe, and I will send them out that they may set out and go up and down the land. They shall write a description of it with a view to their inheritances, and then come to me. They shall divide it into seven portions. Judah shall continue in his territory on the south, and the house of Joseph shall continue in their territory on the north. And you shall describe the land in seven divisions and bring the description here to me. And I will cast lots for you here before the LORD our God. The Levites have no portion among you, for the priesthood of the LORD is their heritage. And Gad and Reuben and half the tribe of Manasseh have received their inheritance beyond the Jordan eastward, which Moses the servant of the LORD gave them.”

So the men arose and went, and Joshua charged those who went to write the description of the land, saying, “Go up and down in the land and write a description and return to me. And I will cast lots for you here before the LORD in Shiloh.” So the men went and passed up and down in the land and wrote in a book a description of it by towns in seven divisions. Then they came to Joshua to the camp at Shiloh, and Joshua cast lots for them in Shiloh before the LORD. And there Joshua apportioned the land to the people of Israel, to each his portion.

The Inheritance for Benjamin

Now the cities of the tribe of the people of Benjamin according to their clans were Jericho, Beth-hoglah, Emek-keziz, Beth-arabah, Zemaraim, Bethel, Avvim, Parah, Ophrah, Chephar-ammoni, Ophni, Geba—twelve cities with their villages: Gibeon, Ramah, Beeroth, Mizpeh, Chephirah, Mozah, Rekem, Irpeel, Taralah, Zela, Haeleph, Jebus (that is, Jerusalem), Gibeah and Kiriath-jearim—fourteen cities with their villages. This is the inheritance of the people of Benjamin according to its clans.

So Joshua said to the people of Israel, “How long are you going to wait before you go in and take the land that the LORD, the God of your ancestors, has given you?

As the chapters continue most of the conquest was behind the Israelite’s. There would obviously be some battles yet to be fought but the strength of the Canaanites had been subdued. Seven of the remaining tribes had yet to be given their portion of the land to dwell. What is most interesting with this movement is although the Canaanites were of no to little threat, it would be these remaining seven tribes that would take the course of least resistance.

Ironically, the largest most life-threatening wars were behind them all, yet they didn’t want to deal with the small outbreaks of war or skirmishes. This would bite them in the end as the Canaanites would become a snare to the Israelite’s because they put off dealing with them.

So Joshua’s question to these tribes hit to the point. Why are you putting off possessing the land God has given you?

I think we do the same, a lot. We can be natural procrastinators. We also can be people at times when the task seems too large or overwhelming; we simply choose to do nothing. Many times, in either case, we let opportunities slip by until either God really grabs a hold of us and somewhat forces our hand or we lose what we could have had. What land has God promised to you? What dream has He instilled upon your own life? What mission has been clearly set and stands ahead? Are you putting off what God has called you to?

What are you waiting for?

Spiritually, Shiloh is an important landmark for worship during this time period. In both Judges and Samuel, we see special worship take place at this location. This would also be the location God would allow the Philistines to overtake Israel and snag the ark of the covenant from them. This was a consequence to the sin that entangled them so often.

As I think of Shiloh, I picture a battleground of sorts that would have been prime real estate for spiritual warfare.

Up to this point, Israel’s central encampment in the land had been at Gilgal, near Jericho, where they had observed several religious ceremonies (Jos 4:19-20; Jos 5:2-12; Jos 9:6). Now the entire congregation moved to Shiloh, about fifteen miles northwest of Jericho, where they set up the tent of meeting. This would remain an important Israelite religious center for several hundred years (Jos 19:51; Jos 21:2; Jdg 18:31; Jdg 21:12; 1Sa 1:9) until the taking of Jerusalem in David’s day.

It was a place sanctified by God’s Spirit that was holy and righteous. When Israel trampled that responsibility, the floodgates were opened for the enemy to pour in. We see a picture of this in Jeremiah 7.

“Look, you put your trust in deceitful words. 9 You steal, murder, commit adultery, tell lies under oath, offer sacrifices to Baal, and worship gods that you had not known before. 10 You do these things I hate, and then you come and stand in my presence, in my own Temple, and say, ‘We are safe!’ 11 Do you think that my Temple is a hiding place for robbers? I have seen what you are doing.

12 Go to Shiloh, the first place where I chose to be worshiped, and see what I did to it because of the sins of my people Israel. 13 You have committed all these sins, and even though I spoke to you over and over again, you refused to listen. You would not answer when I called you. 14 And so, what I did to Shiloh I will do to this Temple of mine, in which you trust. Here in this place that I gave to your ancestors and you, I will do the same thing that I did to Shiloh.

Where is the practicality in this today? Our bodies are living temples of God’s Spirit. We must ask ourselves, are we defiling the temple of God in our lives? Are we taking for granted the dwelling place for His Spirit, allowing the enemy a foothold to the inside? These are interesting thoughts to consider.