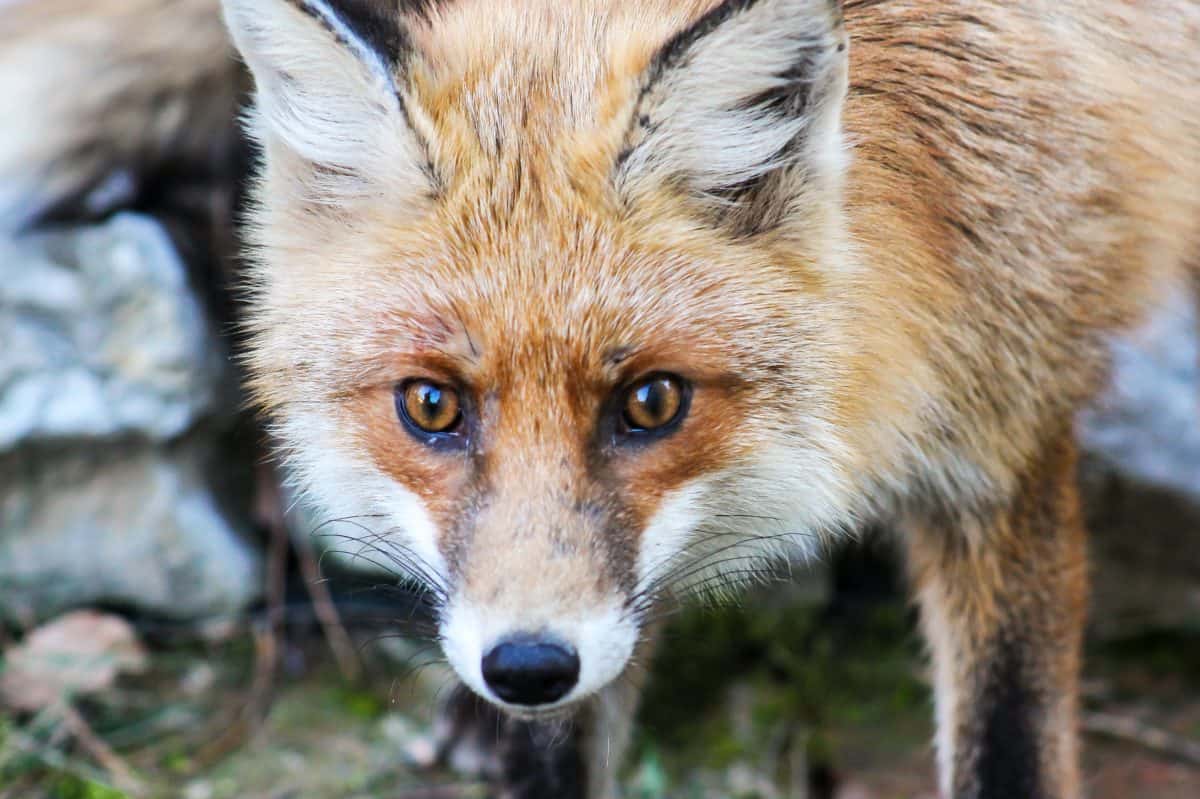 15 After some days, at the time of wheat harvest, Samson went to visit his wife with a young goat. And he said, “I will go in to my wife in the chamber.” But her father would not allow him to go in. And her father said, “I really thought that you utterly hated her, so I gave her to your companion. Is not her younger sister more beautiful than she? Please take her instead.” And Samson said to them, “This time I shall be innocent in regard to the Philistines, when I do them harm.” So Samson went and caught 300 foxes and took torches. And he turned them tail to tail and put a torch between each pair of tails. And when he had set fire to the torches, he let the foxes go into the standing grain of the Philistines and set fire to the stacked grain and the standing grain, as well as the olive orchards. Then the Philistines said, “Who has done this?” And they said, “Samson, the son-in-law of the Timnite, because he has taken his wife and given her to his companion.” And the Philistines came up and burned her and her father with fire. And Samson said to them, “If this is what you do, I swear I will be avenged on you, and after that I will quit.” And he struck them hip and thigh with a great blow, and he went down and stayed in the cleft of the rock of Etam.

Then the Philistines came up and encamped in Judah and made a raid on Lehi. And the men of Judah said, “Why have you come up against us?” They said, “We have come up to bind Samson, to do to him as he did to us.” Then 3,000 men of Judah went down to the cleft of the rock of Etam, and said to Samson, “Do you not know that the Philistines are rulers over us? What then is this that you have done to us?” And he said to them, “As they did to me, so have I done to them.” And they said to him, “We have come down to bind you, that we may give you into the hands of the Philistines.” And Samson said to them, “Swear to me that you will not attack me yourselves.” They said to him, “No; we will only bind you and give you into their hands. We will surely not kill you.” So they bound him with two new ropes and brought him up from the rock.

When he came to Lehi, the Philistines came shouting to meet him. Then the Spirit of the LORD rushed upon him, and the ropes that were on his arms became as flax that has caught fire, and his bonds melted off his hands. And he found a fresh jawbone of a donkey, and put out his hand and took it, and with it he struck 1,000 men. And Samson said,

As soon as he had finished speaking, he threw away the jawbone out of his hand. And that place was called Ramath-lehi.

And he was very thirsty, and he called upon the LORD and said, “You have granted this great salvation by the hand of your servant, and shall I now die of thirst and fall into the hands of the uncircumcised?” And God split open the hollow place that is at Lehi, and water came out from it. And when he drank, his spirit returned, and he revived. Therefore the name of it was called En-hakkore; it is at Lehi to this day. And he judged Israel in the days of the Philistines twenty years.

Samson continued to act within the flesh.  Driven by his own wants and desires, when things didn’t go his way, he took matters into his own hands.  These acts of revenge were atrocious as he retaliated against his enemy to inflict punishment.  This chapter alone speaks to his vindictive spirit that marked his life.

Over and over again, Samson walked into situations that led to sin.  Today’s story reveals the darkness of his heart.  After his killing spree of 30 men, later on driven by his flesh he went to see his pagan wife only to find she had been given to someone else. His response? “I have a right to get even with the Philistines; I will really harm them.”

Setting foxes tails on fire he burned their crops.  His impulsive act resulted in his father in law and wife burned to death.  His response?  “I won’t stop until I get my revenge on you.” In time when the Philistines found him, he came against them with a wake of slaughter left behind him.  His response when all was said and done? “With a donkey’s jawbone I have made donkeys of them.  With a donkey’s jawbone, I have killed a thousand men.”

The common denominator throughout all is the word “I”.

On each occasion and truly within each story told of Samson it came back to what he wanted.  His vindictiveness was always for personal reasons and not godly.  There was never a righteousness of defending God, there was not a sorrow for the fallen state of Israel even that led toward his actions.  He acted strictly out of what affected him personally.

God used this incredibly sinful man who acted again and again in his flesh, but the stark reality is he was so driven by his own wants that wisdom lacked.  As we know the end of the story these things would all catch up to him as he was humbled and humiliated.  Strangely though even in that moment, he would still be thinking of himself through his prayer.

Being self-consumed is a terrible disease of our heart.  It drives us to think toward our own benefit; it takes us to places where we only act on what benefits us.  We may not set a crop on fire or slaughter others with the jawbone of a donkey but what damage are we doing, what relationships are wrecked because everything revolves around us?

What can we learn from flawed leaders?

It’s tough to navigate through the book of Judges, and Samson’s story specifically, because the concepts seem so foreign to us. The stories are puzzling. Why would God choose Samson to fulfill His plan? How could such a selfish and carnal individual be the judge (savior) for Israel? It really seems as if this entire time period is so radically different than today. But is it really?

I’ve often said that if we were not able to experience ________, we wouldn’t be able to appreciate ________. This is the case with grace. Without experiencing sin, grace doesn’t make sense. For those who have experienced rock bottom, grace means so much more. This would be the case with Israel and Samson.

Take a moment and consider the bigger picture. Joshua unified Israel and led them to the promised land where they backslid and began to once again abandon God. The next “phase” of their journey is here in Judges where God leads particular men and women as judges to save Israel despite their wicked behavior. God used flawed heroes of faith such as Gideon, Jephthah, and here, Samson, to deliver Israel in hopes they would turn back to Him.

After Judges, we move into the age of kings, where Israel thought that having a king over them would keep them on the straight and narrow. It wouldn’t work. It would be years later when King Jesus finally came that sin would finally be destroyed for those who put their faith in Him.

My point is this; through Samson’s life we can acknowledge how utter depraved we are as humanity. We can appreciate and relish in the grace of Jesus even more. We can see how even a little faith despite a life of horrible choices can bring glory to God’s plan. The beauty of these stories shows itself in the bigger picture of Scripture. How depressing it is for someone to only read Judges and never venture through the Bible to understand how this one chapter leads us to the praise and worship of our Creator?