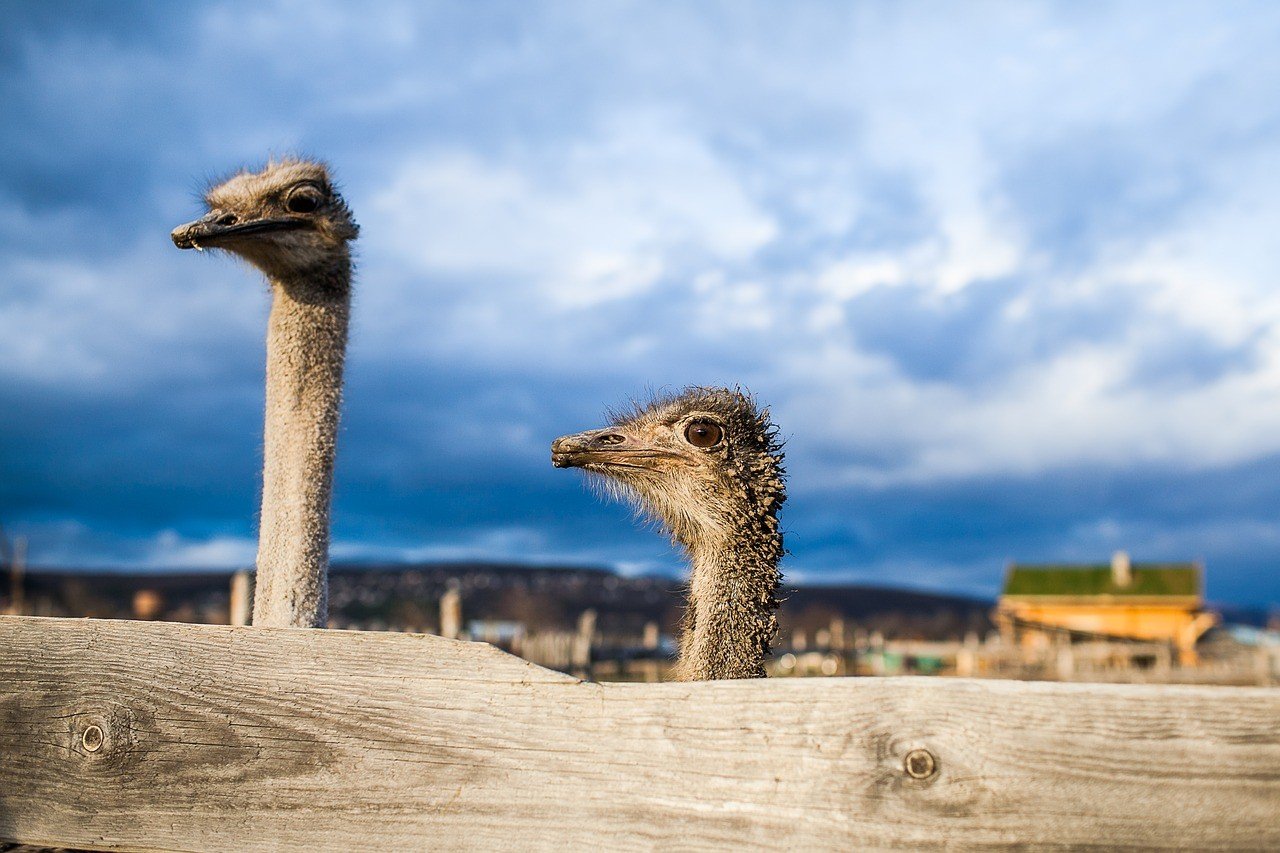 6 The people of Israel did what was evil in the sight of the LORD, and the LORD gave them into the hand of Midian seven years. And the hand of Midian overpowered Israel, and because of Midian the people of Israel made for themselves the dens that are in the mountains and the caves and the strongholds. For whenever the Israelites planted crops, the Midianites and the Amalekites and the people of the East would come up against them. They would encamp against them and devour the produce of the land, as far as Gaza, and leave no sustenance in Israel and no sheep or ox or donkey. For they would come up with their livestock and their tents; they would come like locusts in number—both they and their camels could not be counted—so that they laid waste the land as they came in. And Israel was brought very low because of Midian. And the people of Israel cried out for help to the LORD.

When the people of Israel cried out to the LORD on account of the Midianites, the LORD sent a prophet to the people of Israel. And he said to them, “Thus says the LORD, the God of Israel: I led you up from Egypt and brought you out of the house of slavery. And I delivered you from the hand of the Egyptians and from the hand of all who oppressed you, and drove them out before you and gave you their land. And I said to you, ‘I am the LORD your God; you shall not fear the gods of the Amorites in whose land you dwell.’ But you have not obeyed my voice.”

The Call of Gideon

Now the angel of the LORD came and sat under the terebinth at Ophrah, which belonged to Joash the Abiezrite, while his son Gideon was beating out wheat in the winepress to hide it from the Midianites. And the angel of the LORD appeared to him and said to him, “The LORD is with you, O mighty man of valor.” And Gideon said to him, “Please, my lord, if the LORD is with us, why then has all this happened to us? And where are all his wonderful deeds that our fathers recounted to us, saying, ‘Did not the LORD bring us up from Egypt?’ But now the LORD has forsaken us and given us into the hand of Midian.” And the LORD turned to him and said, “Go in this might of yours and save Israel from the hand of Midian; do not I send you?” And he said to him, “Please, Lord, how can I save Israel? Behold, my clan is the weakest in Manasseh, and I am the least in my father’s house.” And the LORD said to him, “But I will be with you, and you shall strike the Midianites as one man.” And he said to him, “If now I have found favor in your eyes, then show me a sign that it is you who speak with me. Please do not depart from here until I come to you and bring out my present and set it before you.” And he said, “I will stay till you return.”

That night the LORD said to him, “Take your father’s bull, and the second bull seven years old, and pull down the altar of Baal that your father has, and cut down the Asherah that is beside it and build an altar to the LORD your God on the top of the stronghold here, with stones laid in due order. Then take the second bull and offer it as a burnt offering with the wood of the Asherah that you shall cut down.” So Gideon took ten men of his servants and did as the LORD had told him. But because he was too afraid of his family and the men of the town to do it by day, he did it by night.

Gideon Destroys the Altar of Baal

When the men of the town rose early in the morning, behold, the altar of Baal was broken down, and the Asherah beside it was cut down, and the second bull was offered on the altar that had been built. And they said to one another, “Who has done this thing?” And after they had searched and inquired, they said, “Gideon the son of Joash has done this thing.” Then the men of the town said to Joash, “Bring out your son, that he may die, for he has broken down the altar of Baal and cut down the Asherah beside it.” But Joash said to all who stood against him, “Will you contend for Baal? Or will you save him? Whoever contends for him shall be put to death by morning. If he is a god, let him contend for himself, because his altar has been broken down.” Therefore on that day Gideon was called Jerubbaal, that is to say, “Let Baal contend against him,” because he broke down his altar.

The pattern continues.  “Again Israel did evil in the eyes of the Lord…”

Once again they would need to hit rock bottom before they would cry out to God for help and deliverance.  Their ‘rock bottom’ would be in the form of a desert people called the Midianites.  This tribe actually came from Abraham’s second wife.  The contention between the 2 people groups went all the way back to that event and were in constant conflict.  On an interesting note, many years earlier when Israel was wandering in the desert, a battle ensued with the Midianites where they had a chance to destroy them (Numbers 31). Israel failed, the Midianites repopulated and here they were once again.

The attacks at this time though seem far more oppressive.  The Midianites had grown in strength the Israelite’s dug out caves in the rock and prepared secret shelters to live.  Their strongholds took them from view.  However, as people dependent upon the land for food, when they would go out to plant the Midianites along with a host of other nations came and simply camped on their land, destroying everything.  They came with a vengeance and ravaged everything they possibly could – including their livestock.  This was below ‘Rock Bottom’ actually.  There was seemingly no hope on the horizon.

But God had other plans.  He showed up in a wine press where a sole man was threshing wheat.  Normally done on the plains where the chaff could blow away yet due to Israel having taken to caves and hiding, the man was in a pit doing this job.  The first words out of the angel of the Lord’s mouth were, “The Lord is with you, mighty warrior.”

Gideon was really the least of the least.  He was the youngest in a clan that was the weakest of all tribes.  He was not a fearless man as he was hiding in a hole.  There was not an ounce of a warrior to be seen.  Yet, God saw him differently.  God had intentions for Gideon that were so off the radar it made sense to no one, including himself.

The conversation between the Lord and Gideon is fascinating.  He affirmed His calling to Him.  Told him he would go with Him on this new trajectory of life.  Affirmed His presence being with him.  Gideon still had questions but God’s patience in the acceptance of this call rested.  In time, Gideon would rise up against his family traditions, draw a line in the sand between the townsfolk confronting their idolatry and eventually defeat the oppressing Midianites.

In the end, the reality is Gideon was constrained to a higher calling and purpose.  God didn’t look at the outside signs revolving around him but deep within.  And what He saw was a mighty warrior.  For Gideon to land on the same page things began to change internally. He built an altar to God even before the war began declaring “The Lord is Peace”.

This act revealed his own feelings that God was sovereign and peace would come.  He was required to tear down the altars of his past, confronting the idolatry that had been part of the nation and even his household.  These acts alone were preparing him for the task that lay ahead as a warrior.

The simple point to consider is we often do not see ourselves as much of anything when it comes to great battles.  We are simply doing what we do, possibly hiding out in fear and pleading for God to raise up someone else to confront the situation.  But what if it’s you?  How God sees you can be much different than how we view ourselves.

Truly for each of us we stand on various battlefields.  And for each, we are called to fight and serve our God – even though daunting.  As God promised the tools for Gideon’s success He promises the same to us.  He will give us the strength; He will be with us; He will lead.  Maybe it’s time to put away the excuses, build an altar of worship and embrace the calling.  What if He’s simply waiting on such a response for victory to be found?

Early Christian theologian and Greek scholar, Origen, makes some fascinating prophetic connections to the weak faith-testing by Gideon and the response by God. The passage I am referencing is Judges 6:36-40.

Judges 6:36-40 HCSB  Then Gideon said to God, “If You will deliver Israel by my hand, as You said,  37  I will put a fleece of wool here on the threshing floor. If dew is only on the fleece, and all the ground is dry, I will know that You will deliver Israel by my strength, as You said.”  38  And that is what happened. When he got up early in the morning, he squeezed the fleece and wrung dew out of it, filling a bowl with water.  39  Gideon then said to God, “Don’t be angry with me; let me speak one more time. Please allow me to make one more test with the fleece. Let it remain dry, and the dew be all over the ground.”  40  That night God did as Gideon requested: only the fleece was dry, and dew was all over the ground.

Here is what Origen writes…

The fleece dry, the Jewish nation cast off for rejecting the Gospel. All around watered, the Gospel preached to the Gentiles. And they converted to God.

The fleece on the threshing-floor, the Jewish people in the land of Judea, winnowed, purged, and fanned by the Gospel.

The dew wrung out into the bowl, the doctrines of Christianity, extracted from the Jewish writings, shadowed forth by Christ’s pouring water into a basin, and washing the disciples’ feet.

The metaphors of truth offered in Scripture are a bottomless pit of knowledge that only God could have orchestrated!