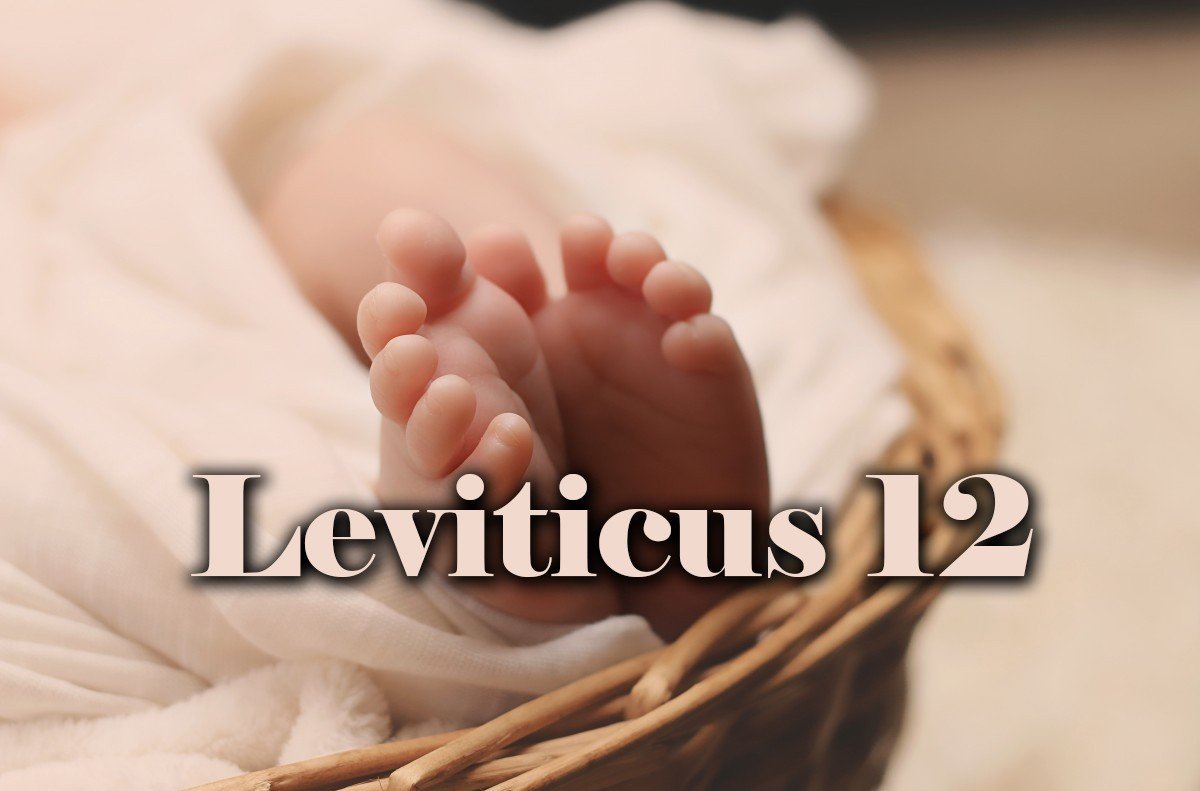 “And when the days of her purifying are completed, whether for a son or for a daughter, she shall bring to the priest at the entrance of the tent of meeting a lamb a year old for a burnt offering, and a pigeon or a turtledove for a sin offering, and he shall offer it before the LORD and make atonement for her. Then she shall be clean from the flow of her blood. This is the law for her who bears a child, either male or female. And if she cannot afford a lamb, then she shall take two turtledoves or two pigeons, one for a burnt offering and the other for a sin offering. And the priest shall make atonement for her, and she shall be clean.”

Sex is not a dirty thing.  Let’s look just a moment at what He said during creation:

“God created mankind in His own image, in the image of God He created them; male and female He created them.  God blessed them and said, “Be fruitful and increase in number.  Fill the earth and subdue it.”

Sex was the act of which brought His command about.  Consequently, as we read this chapter of purification after childbirth God didn’t have a change of heart that suddenly procreation was unclean.  By far it was something deeper.

The pagan religions, the Canaanites as one example of which the land the Israelite’s were walking into worshiped many sexual/fertility gods and goddesses.  These people were immoral, had temple prostitution and much more as commentators reveal were part of their lives.  These people would beg their gods through numerous kinds of acts for a blessing on their crops, their families and so forth.  Sex was one of them.

Israel was to be different.  They were not to participate in immorality.  God was drawing very strong lines here in keeping their sex lives and their worship of Him completely separate.  Because the Canaanite people drew upon their own sensual desires, incorporating them into their worship services, He needed to eradicate any confusion.

And so, this impurity of which God speaks of is not a negative aspect to people fulfilling His command to procreate.  Psalm 127 speaks toward children being a gift from God.  Psalm 128 praises a woman who has many children calling her blessed.

So we must trek back toward the idea of original sin.  Even though a baby is born with a clean slate if you will in regards to sin, God desired for the Israelite people to not forget the birth of a child was another sinner brought into the world.  Consequently, the mother on some level was responsible for bringing this child forth.  These laws called a mother in soberness to after her period of rest from giving birth to offer a sin offering but also give thanks to the God in the mystery of He created through a new life coming into the world.

After bearing a child, a woman was considered contagiously unclean for one to two weeks. One day 8, when a boy would be circumcised, the childbearing mother was no longer contagious but still had to refrain from touching anything considered holy. The period of purification was different depending on the sex of the child. In the case of a boy, that time frame lasted 40 days, but if it was a girl, it lasted 80 days. The question many of us will ask is, “Why?”

“Loss of blood can lead to death, the antithesis of normal healthy life. Anyone losing blood is at least in danger of becoming less than perfect and therefore unclean. Thus blood is at once the most effective ritual cleanser (“the blood makes atonement,” Gen 17:11) and the most polluting substance when it is in the wrong place. This is profound. Our greatest woes result from the corruption of our highest good, e.g., speech, sex, technology, atomic power.”

The ritual mentioned here in Leviticus is also found in the NT after Jesus’ birth.

And when the days for their purification according to the law of Moses were completed, they brought Him up to Jerusalem to present Him to the Lord 23 (as it is written in the Law of the Lord, “EVERY firstborn MALE THAT OPENS THE WOMB SHALL BE CALLED HOLY TO THE LORD”), 24 and to offer a sacrifice according to what was said in the Law of the Lord, “A PAIR OF TURTLEDOVES OR TWO YOUNG PIGEONS.”

The fact that Jesus’ family chose turtledoves or pigeons reveals they did not have the money to buy a lamb. It’s interesting that the purification ceremony served as a reminder that we are all born in sin, yet, Jesus was born sinless. Jesus technically could have been excused, but at every level of His humanity, He identified with sinners. This case was no different.

1 Corinthians 10 - “Those who cannot remember the past are condemned to repeat it.” –George Santayana The Life of Reason 1905 Paul brings a history 101...