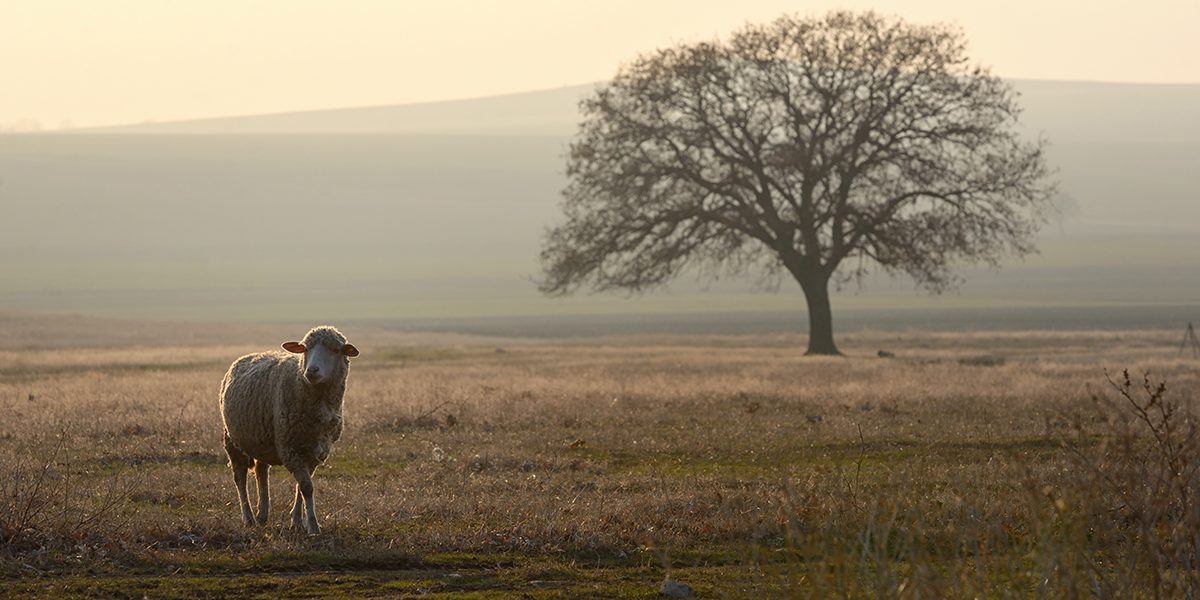 The Parable of the Lost Sheep

15 Now the tax collectors and sinners were all drawing near to hear him. And the Pharisees and the scribes grumbled, saying, “This man receives sinners and eats with them.”

So he told them this parable: “What man of you, having a hundred sheep, if he has lost one of them, does not leave the ninety-nine in the open country, and go after the one that is lost, until he finds it? And when he has found it, he lays it on his shoulders, rejoicing. And when he comes home, he calls together his friends and his neighbors, saying to them, ‘Rejoice with me, for I have found my sheep that was lost.’ Just so, I tell you, there will be more joy in heaven over one sinner who repents than over ninety-nine righteous persons who need no repentance.

The Parable of the Lost Coin

“Or what woman, having ten silver coins, if she loses one coin, does not light a lamp and sweep the house and seek diligently until she finds it? And when she has found it, she calls together her friends and neighbors, saying, ‘Rejoice with me, for I have found the coin that I had lost.’ Just so, I tell you, there is joy before the angels of God over one sinner who repents.”

The Parable of the Prodigal Son

And he said, “There was a man who had two sons. And the younger of them said to his father, ‘Father, give me the share of property that is coming to me.’ And he divided his property between them. Not many days later, the younger son gathered all he had and took a journey into a far country, and there he squandered his property in reckless living. And when he had spent everything, a severe famine arose in that country, and he began to be in need. So he went and hired himself out to one of the citizens of that country, who sent him into his fields to feed pigs. And he was longing to be fed with the pods that the pigs ate, and no one gave him anything.

“Now his older son was in the field, and as he came and drew near to the house, he heard music and dancing. And he called one of the servants and asked what these things meant. And he said to him, ‘Your brother has come, and your father has killed the fattened calf, because he has received him back safe and sound.’ But he was angry and refused to go in. His father came out and entreated him, but he answered his father, ‘Look, these many years I have served you, and I never disobeyed your command, yet you never gave me a young goat, that I might celebrate with my friends. But when this son of yours came, who has devoured your property with prostitutes, you killed the fattened calf for him!’ And he said to him, ‘Son, you are always with me, and all that is mine is yours. It was fitting to celebrate and be glad, for this your brother was dead, and is alive; he was lost, and is found.’”

Jesus tells three absolutely beautiful parables back to back revealing how much God the Father loves and seeks those who are lost.

A shepherd has 100 sheep but one goes missing.  Taking off on a hunt, the shepherd looks for the lonely 1 to bring back to the fold.  When He finds the lost sheep, he’s put on His shoulders and returns home crying out to friends and neighbors – “Come rejoice with me!  I found my lost sheep!”

A woman loses a coin. Growing all consumed in finding it, she lights lamps, sweeps the house, tirelessly searches until it’s found.  Calling to her neighbors she asks them to rejoice with her in finding it.

A self-centered son demands his father’s inheritance then takes off to a distant country.  Far from the homestead, the young man chooses a path the father would have never chosen.  In time his fortune runs out, famine sweeps the land.  An outcast with no place to lay his head and starving he takes work feeding pigs.  The day the pig slop looks good enough to eat he finally reaches an end to himself.  He could eat better as a servant of his father than this.  Remorseful he returns home to apologize and beg for forgiveness for his foolishness.

What the son doesn’t realize is the Father has made the trek to the fence post every day – looking and longing for his son’s return.  Although thinner and dirtier than when he left, it would be one day the father looks down the road and recognizes the gait of his son’s steps.  He knows he’s coming home.  Before the son can even make it to the property, still a far way off, the father pulls up his tunic and runs with all his might to this son.  Throwing his arms around him he welcomes him back with love and acceptance.  The past is the past.  A full blown party is thrown!

Three stories that are packed with the tenacious love and determination of God to see the lost found, the wayward restored.  Our Father goes to extreme measures to see redemption take place through His Son Jesus.  And when this happens He joyfully proclaims the lost have been found and a celebration we cannot imagine is thrown.

“Then he became angry and didn’t want to go in. So his father came out and pleaded with him. [29] But he replied to his father, ‘Look, I have been slaving many years for you, and I have never disobeyed your orders, yet you never gave me a goat so that I could celebrate with my friends. [30] But when this son of yours came, who has devoured your assets with prostitutes, you slaughtered the fattened calf for him.’

Symbolically, the prodigal represents sinners like prostitutes and tax-collectors while the older son represents the religious leaders. Jesus told many parables that contrasted the difference in attitude we find here with the younger and older son. These stories, (the two debtors, the laborers in the vineyard) consistently singled out the self-righteous, works-based attitude of those who thought they had followed the rules but became jealous when grace was extended to others who were, in their minds, “undeserving.”

It’s ironic that the older son immediately made it a comparison game when in all likelihood he had lived a better life overall. He had been there with his father for the duration of time that the younger son had suffered from his own choices. However, to the older son, it was not about how the father wanted to respond, but rather, what he felt the younger brother deserved.

It is also ironic that the older son was closer to the father physically, yet, more distant from his heart. I have often heard the analogy of a contract versus a covenant. A contract is simply a written agreement that says, “If you do this, I’ll do that.” It screams “works-based.” For people who view relationships as contractual, they have the right to terminate the agreement based on any number of ways they have felt mistreated. To the older son, he was entitled to better treatment by his father because he was “the good son.”

A covenant is far more because it is based on true unconditional love. A covenant says, “No matter what, we’re in this together.” The best example of how God designed a covenant relationship to work in is a marriage. People take vows at a wedding ceremony but I wonder how many people actually think about what they are saying to the other person. It’s a lifelong, unconditional commitment. A true understanding of a covenant relationship not only rejoices for one’s self but also rejoices when others receive what they didn’t deserve. A person who loves covenant loves grace.

I believe the prodigal son experienced what a covenant relationship feels like that moment when his father welcomed him back with open arms. At the same time, we see the older son exposed of his contractual attitude with his father. Those who are ingrained in a works-based relationship struggle with empathy. Often, when we lack the ability to give grace, it is because there is a deficit in how we have received grace. A judgmental attitude many times stems from personal insecurity which originates from not being able to measure up to the law. But, there is a better way.

I believe this is exactly the issue at hand with the older son. Look back at what the he says to his father. “Look, I have been slaving many years for you.” Slaving? Does that sound like the older son had experienced love and grace? What kind of relationship did he really have with his father? God is a loving Father who knows we can’t measure up. That’s why He sent Jesus. Once we realize how much we have been loved, we will celebrate when others don’t get what they deserve. Before we can give grace, we must first receive it.

Thank You! Hank and Brad for your dedication to the Lord and giving us each what we need even in the hard times when its not necessarily what we want to hear. May God Bless you both as the New Year comes with its challenges.

Thank you so much!

I believe when you have broken relationships within a family or Church the body is not complete and functions differently until mended or restored. Mother's, Father's, Daughter's, Son's, Brother's and Sister's all should strive to offer forgiveness to one another to make the body complete. Differences are not a bad thing as long as we are one with the Lord.