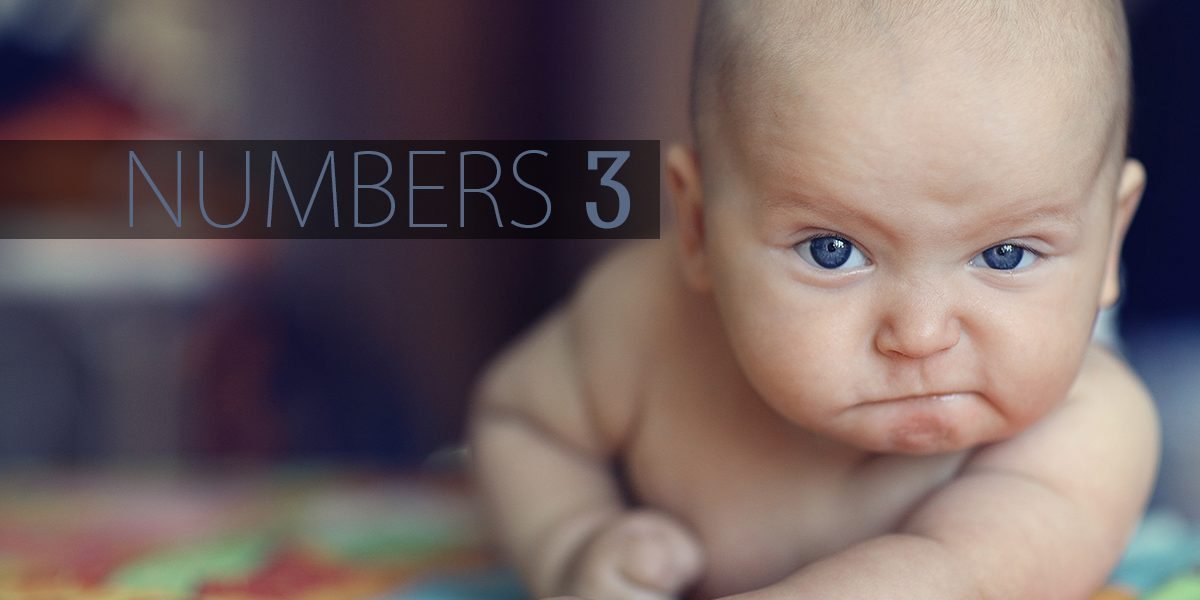 The Sons of Aaron

Duties of the Levites

And the LORD spoke to Moses, saying, “Bring the tribe of Levi near, and set them before Aaron the priest, that they may minister to him. They shall keep guard over him and over the whole congregation before the tent of meeting, as they minister at the tabernacle. They shall guard all the furnishings of the tent of meeting, and keep guard over the people of Israel as they minister at the tabernacle. And you shall give the Levites to Aaron and his sons; they are wholly given to him from among the people of Israel. And you shall appoint Aaron and his sons, and they shall guard their priesthood. But if any outsider comes near, he shall be put to death.”

To Gershon belonged the clan of the Libnites and the clan of the Shimeites; these were the clans of the Gershonites. Their listing according to the number of all the males from a month old and upward was 7,500. The clans of the Gershonites were to camp behind the tabernacle on the west, with Eliasaph, the son of Lael as chief of the fathers’ house of the Gershonites. And the guard duty of the sons of Gershon in the tent of meeting involved the tabernacle, the tent with its covering, the screen for the entrance of the tent of meeting, the hangings of the court, the screen for the door of the court that is around the tabernacle and the altar, and its cords—all the service connected with these.

To Merari belonged the clan of the Mahlites and the clan of the Mushites: these are the clans of Merari. Their listing according to the number of all the males from a month old and upward was 6,200. And the chief of the fathers’ house of the clans of Merari was Zuriel the son of Abihail. They were to camp on the north side of the tabernacle. And the appointed guard duty of the sons of Merari involved the frames of the tabernacle, the bars, the pillars, the bases, and all their accessories; all the service connected with these; also the pillars around the court, with their bases and pegs and cords.

Those who were to camp before the tabernacle on the east, before the tent of meeting toward the sunrise, were Moses and Aaron and his sons, guarding the sanctuary itself, to protect the people of Israel. And any outsider who came near was to be put to death. All those listed among the Levites, whom Moses and Aaron listed at the commandment of the LORD, by clans, all the males from a month old and upward, were 22,000.

Redemption of the Firstborn

And the LORD spoke to Moses, saying, “Take the Levites instead of all the firstborn among the people of Israel, and the cattle of the Levites instead of their cattle. The Levites shall be mine: I am the LORD. And as the redemption price for the 273 of the firstborn of the people of Israel, over and above the number of the male Levites, you shall take five shekels per head; you shall take them according to the shekel of the sanctuary (the shekel of twenty gerahs), and give the money to Aaron and his sons as the redemption price for those who are over.” So Moses took the redemption money from those who were over and above those redeemed by the Levites. From the firstborn of the people of Israel he took the money, 1,365 shekels, by the shekel of the sanctuary. And Moses gave the redemption money to Aaron and his sons, according to the word of the LORD, as the LORD commanded Moses.

God, being that of order and organization, began to give assignments to the people.  First on deck were the Levites.  This makes sense as the tabernacle was at the center of the camp and was to be the focus of people.  Reading this chapter you see names of clans possibly have not heard of before or simply skimmed over.  Yet, this army of clans beginning with Levi were to work together, supporting one another in tasks and duties for the tabernacle.

The Levites themselves were under the care of Aaron, being that of the priests.  Each of the following tribes were not to do what they saw best but to serve him in their entirety.  It’s an interesting thought to consider the priesthood of Aaron and his descendants; the roles they would be given to that of our Great High Priest, Jesus.

Through this sacrificial act of Jesus, the veil to the Holy of Holies was torn in two by God in an act showing the old ways were now gone.  Jesus had not only become our High Priest, He had offered a once for all sacrifice for our sins.  He stands between us and God offering prayers for us and forgiveness.  More astounding to consider is any who follow Jesus becomes that of His priest.  (1 Peter 2:5-9)

This role takes all the things of the Old Testament laws based upon Jesus’ act and our responsibility.  Now we as priests can come into the presence of God without any fear.  Jesus made this happen.  It’s a beautiful reality.  Through Jesus and the forgiveness of our sins, we can now enter into the presence of God, holding a wonderful relationship with Him that was not possible until Jesus.

This is all due to what Jesus did for us.

We understand the substitutionary atonement of Jesus very well. He died so that we could live. Here in Numbers 3, we find that God was consistent with this theme of substitution dating back to the days of Moses and Aaron.

There was a hierarchy developed for the ministry and care of the tabernacle. Aaron was the high priest and was the only one who could enter the Most Holy Place where the Divine Presence resided. His sons were also priests but were limited to how close they could draw to the presence of God.

Here, we get a glimpse of the next level beyond the priests. It would be the Levites, one of the 12 tribes, who would be specifically assigned the duty of caring for the tabernacle. They were set apart for this ministry based on the family of Levi. The three families of the Levites were Gershon, Kohath, and Merari. The Levites were distinguished from the other non-priestly tribes in several ways. They would be given responsibilities as well as specific conduct as they would have more authority to enter into the presence of God than a typical lay-worshipper.

With all the said, it is interesting to consider how God initiated the Levites into service. We begin to read about this starting in verse 40.

So among all the 12 tribes, Moses was to count every firstborn male 1 month old or more and list all those names. If you remember in the Exodus account, God saved every male firstborn during the Passover. These firstborn males belonged to the Lord and would be set aside as priests for His service. This is something He declared directly in Exodus 13:2.

“Consecrate every firstborn male to me, the firstborn from every womb among the Israelites, both man and domestic animal; it is mine.”

Now, a redemption, or, exchange was going to take place. The Levites would now replace the firstborn sons as “God’s own” and would be put to work caring for the house of the Lord (tabernacle). However, there was a problem. There are 273 more Israelite firstborns than there are Levite males to substitute for them. Therefore, God required a payment of 5 shekels for each of the 273 extra firstborns. This money was paid to Aaron and the priests for the ministry of the Lord and the glorification of His work.

We may wonder, what happens to all firstborn sons from this point on in history? Great question. The Hebrews felt it was still necessary to dedicate all firstborn sons to the Lord. It was not necessarily that God “owned” them but that they felt it was important to do as a commemorative act of the Exodus account. So, it was common for firstborn males to be dedicated in gratitude to the Lord and then 30 days later they were bought back for a price of 5 shekels. By doing this, the firstborn male was not obligated to a lifetime service of the Lord. In fact, it was no longer necessary since the Levites had filled that role.

However, there were times when some parents decided that they did want their child to be dedicated to a life of service to the Lord so they chose not to buy him back. Samuel and Samson are great examples of this. They were offered to the Lord through a Nazarite vow. John the Baptist is another example.

So, all that said, what does it mean for us today? Praise God that He has allowed us to approach Him directly through Jesus. The requirement that began in Exodus with the firstborn son and was then transferred to the Levites in Numbers 2 has now been placed entirely upon Jesus Christ (i.e. the book of Hebrews). No longer do we have to rely on the Levites or the High Priest to enter into God’s presence for us because Jesus has already done it!

Take a moment and consider the magnitude of what Jesus did. Any layperson entering the presence of God during the time of Moses would have been struck dead. We now have freedom in the Holy Spirit to receive God into our tabernacle as He reigns over us with totality in the resurrection power of Christ! There is no longer a spiritual hierarchy. All can come freely into God’s presence through Jesus. This truly is the good news of the Gospel.