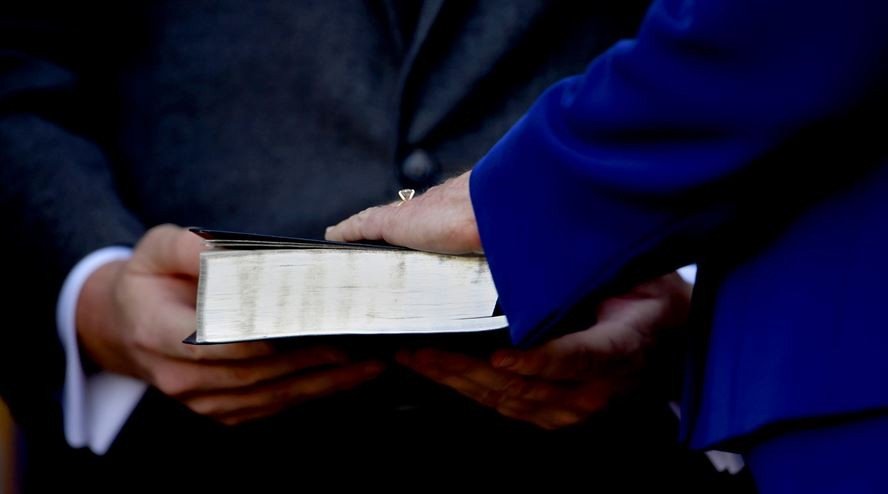 30 Moses spoke to the heads of the tribes of the people of Israel, saying, “This is what the LORD has commanded. If a man vows a vow to the LORD, or swears an oath to bind himself by a pledge, he shall not break his word. He shall do according to all that proceeds out of his mouth.

These are the statutes that the LORD commanded Moses about a man and his wife and about a father and his daughter while she is in her youth within her father’s house.

“My word is my bond.”  A statement that says what I have said I will do, I will.  Often given to another over some situation, it’s a promise made.  The problem is so often the case, our words mean nothing these days if there is no follow-through.

I was recently in a conversation where an individual lamented that people didn’t believe anything he said.  There was good reason.  He never kept his promises and in fact, continued to fabricate all the reasons under the sun as to why he didn’t do what he said.  Now he was paying the price personally through other responses. In this conversation, I reminded him he had broken so many promises and made such outlandish statements no one believed anything he said anymore.  “Your actions will speak to the truth if your heart is right,” is what I said.  As you can imagine, this did not settle well.

In ancient days, people didn’t sign written agreements or contracts with others.  They gave their word then followed through.  This held so much weight in what happened next.  So making a vow to do something was more binding than just a promise.  There were consequences to not doing what one said they would.  When a person broke a vow they broke the relationship of trust that had been there.

When it comes to God’s thoughts on vows, he is very specific as to how He feels about such vows and promises.  He commanded the people to keep their vows made, to fulfill every oath given.  You see, this not only spoke of their heart through follow through but also spoke to them as a people.  They were His.  He expected them to be different than the surrounding countries and people groups.  They were to have integrity.  Although today it is often the case that promises are broken, vows sidelined, it is evident God looks at this as sin.

Don’t make a promise you can’t keep.  Don’t make an oath or vow you have no intention of letting go.

Many today will cite Jesus’ words that vows or oaths are not to be done as a Believer.

“But I say to you, make no oath at all, either by heaven, for it is the throne of God, 35 or by the earth, for it is the footstool of His feet, or by Jerusalem, for it is the city of the great King. 36 Nor shall you make an oath by your head, for you cannot make one hair white or black. 37 But let your statement be, ‘Yes, yes’ or ‘No, no’; anything beyond these is of evil.”

Yet, if you simply look at the context of this statement and not cherry-pick this statement what Jesus is really saying has much more to do with living a life that is filled with integrity through our words and actions.  An oath is not needed if we are living in such a way that is pleasing to Him through our promises.

God takes our vows seriously. He takes our promises to heart and expects actions to follow with what we have said.  All too often people spew “I will never do that again.”  It’s a foolish statement as more often than not we still go back to whatever it is we promised not to.  Empty words.

As our words can have a tendency to be empty these days, God looks at this as an affront when we don’t keep them.  This is particularly true when it comes to our own relationship with Him.  What we have promised to do we must.  What we have said will happen, we must do everything within our power to see it come to pass.

Put action behind your words.  Follow through with what you have promised.  This not only speaks of our heart but also of our own integrity.

Keep in mind that ancient vows could be both positive and negative. They may be to motivate us to perform in some way (positively) or to abstain from certain things (negatively). A great example of a vow would be the Nazirite vow which was taken by Samson. The reason Scripture issues a warning to anyone who would take a vow is because they are made before a righteous and holy God. Whatever kind of vow is made in His name must be fulfilled because it is binding.

In the NT, Jesus addresses this OT practice of taking vows.

“You have also heard that people were told in the past, ‘Do not break your promise, but do what you have vowed to the Lord to do.’ 34 But now I tell you: do not use any vow when you make a promise. Do not swear by heaven, for it is God’s throne; 35 nor by earth, for it is the resting place for his feet; nor by Jerusalem, for it is the city of the great King. 36 Do not even swear by your head, because you cannot make a single hair white or black. 37 Just say ‘Yes’ or ‘No’—anything else you say comes from the Evil One.

As Jesus always did, He is raising the bar for this teaching. Jesus warns against taking a vow… but why? Essentially, He is highlighting the fact that if you have to take a vow to follow through with something, then your common speech probably can’t be trusted. Jesus is encouraging us to be honest in ALL situations. Tell the truth and follow through when you make a vow, of course. But you should also follow through when answering someone with yes or no as well, right?

So, in the end, this teaching really does raise the bar with our daily conduct. Christians should set the standard for honesty with their behavior. There is nothing wrong with taking vows, but it should not be an incentive to “do the right thing.” Jesus invites us to always make good on our word.