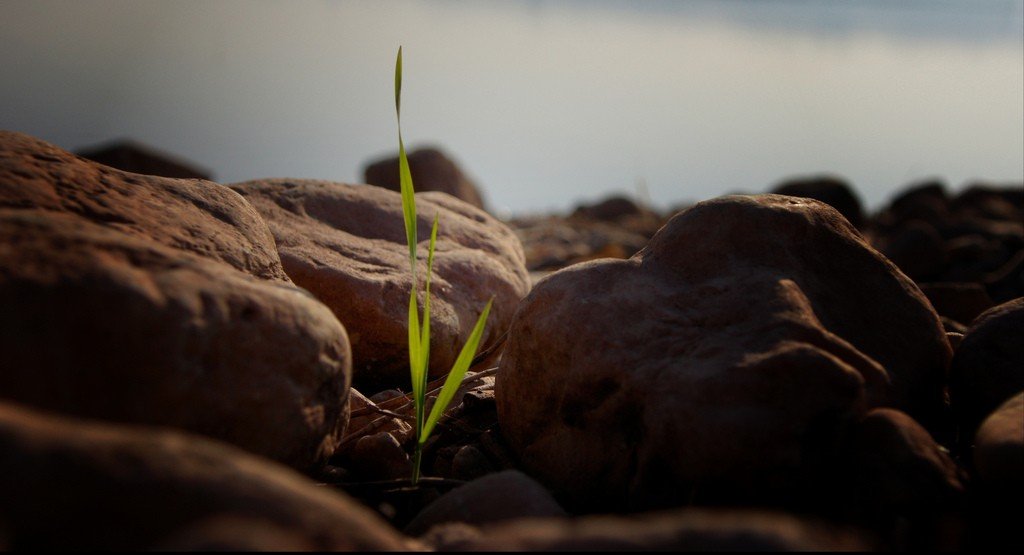 Boundaries of the Land

34 The LORD spoke to Moses, saying, “Command the people of Israel, and say to them, When you enter the land of Canaan (this is the land that shall fall to you for an inheritance, the land of Canaan as defined by its borders), your south side shall be from the wilderness of Zin alongside Edom, and your southern border shall run from the end of the Salt Sea on the east. And your border shall turn south of the ascent of Akrabbim, and cross to Zin, and its limit shall be south of Kadesh-barnea. Then it shall go on to Hazar-addar, and pass along to Azmon. And the border shall turn from Azmon to the Brook of Egypt, and its limit shall be at the sea.

We live in a day and age of privilege. We live in a time when thinking has shifted from people feeling good about earning something to believing they deserve things. This epidemic has taken over the thoughts and minds of many. We see this from every walk of life and every imaginable profession even. The thinking that I want it, it’s mine, I deserve to have it instead of working toward receiving the just reward of whatever our desire is for. This has created an incredibly selfish and self-centered mindset among many.

For the Israelites, this would never be the case. God had proclaimed the land would be theirs but the normal reality was – they would have to act in order to receive it. They were going to have to take the land through conquest, hardship and toil. As God describes the land boundaries it is abundantly clear – this was an inheritance. Israel would have to battle the Canaanites in order to take what had been promised. They did nothing to earn this land. It was a gift of God.

Sometimes we get our thoughts backwards and can easily slip into the selfish mindset of getting what we deserve and going for that no matter what. However, when we simply consider the eternal life Jesus has offered to all of us – in many ways this is an inheritance. And without this gift of amazing grace, we don’t deserve anything except death. But because of Jesus’ love, He paved a way for us to hold onto such hope.

The reality as we know is many times we have to battle our way through this life in order to finally receive the prize. Paul reckoned it to running the race. It’s much the same.

The journey we all are on is often afflicted with our own selfish wants and desires. These get in the way so often of skewing our daily methodical and consistent walking with our Lord. Hold onto the promises God has given you. Cling to them. And continue to serve Him in the areas He’s calling.

When analyzing this chapter, F.B. Meyer wrote, “God’s ideal for His people far exceeded their realization of it.” What a true statement that is!

Numbers 34 outlines the land boundaries for the tribes of Israel. The sad reality for these people is that they wouldn’t see the fulfillment of this promise in their lifetime. In fact, the boundaries themselves would not be accomplished except possibly during the days of King Solomon’s reign. There is speculation that even then they were never exactly how God had outlined in this chapter.

Regardless, it brings an interesting thought to ponder. The people, like us, doubted God and did not fully trust His plan. They wandered, complained, and even came up with excuses as to why they couldn’t or shouldn’t take over the land designated to them. They justified their behavior with human logic. Does this happen with us today?

Some of us are stuck in a rut. We are feeling sorry for ourselves. We might acknowledge that God could act on our behalf, but continually fall back upon the reality that He won’t. What’s wrong here? This doesn’t sound like the God of the Bible. When we read verses about how His peace surpasses all understanding, do we really believe it? When we read that the love of Christ exceeds knowledge, do we really walk that out?

I know that all of us question and wrestle through life. No one is perfect and we all fail daily. However, there is a difference between hoping for God’s plan to unfold and actually striving to walk it out. In other words, we will never know until we seek Him. When we seek Him, He promises to guide us. Even though it’s an overused cliche, it’s true that His plan for us far exceeds our own human expectations. How could the people hope to see the Promised Land when they never even tried to move in that direction?!

So, where have you been stagnant? Where are you making excuses as He’s calling you to charge into the impossible boundaries of your Promised Land? There will always be valid excuses for us to stay where we are. But the sad reality is that many of us will not experience all He has prepared for us because fear, laziness, and circumstances overwhelm our hearts and minds. Meditate on these words today…

Blessed is a man who perseveres under trial; for once he has been approved, he will receive the crown of life which the Lord has promised to those who love Him.